Cheesesteak isn't the only food from Philly

At long last, I try a pork roll sandwich 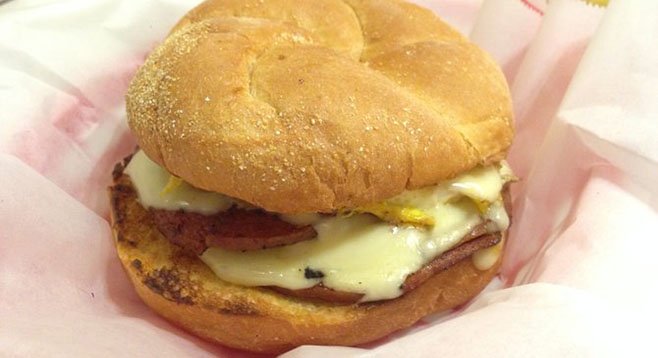 A lot's been said about Giorgino's cheesesteaks — after all, the sign over the Golden Hill shop boldly claims to have the best in town. But there's been another item on the menu that's aroused my curiosity, even though I never rightly knew what it was: the "Pork Roll (Taylor Ham) Sandwich." 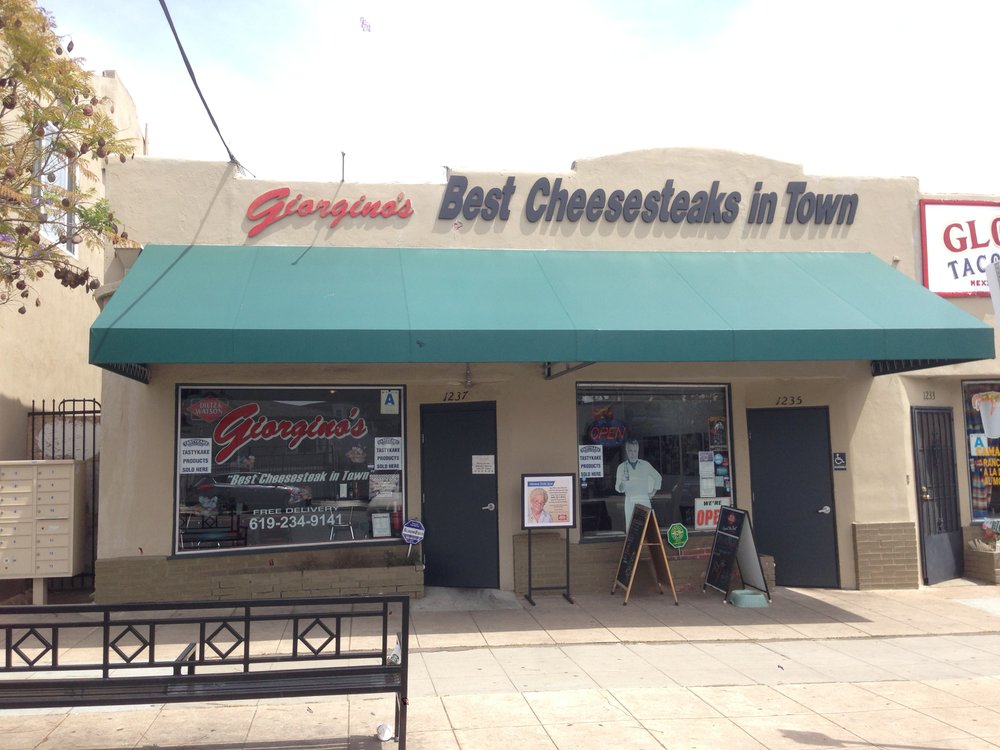 A recently expanded storefront makes no bones about their cheesesteaks.

To the uninitiated — i.e. those of us who don't hail from metro Philly — the name evokes all sorts of possibilities. Is it thin slices of ham rolled up like a cigar? Some sort of pork-based wrap?

The key is understanding what they mean by Taylor Ham. It's basically a branded deli meat product, slices of seasoned and processed meat tasting somewhere between spam and salami.

In other words, no wonder they stick to calling it "pork roll." 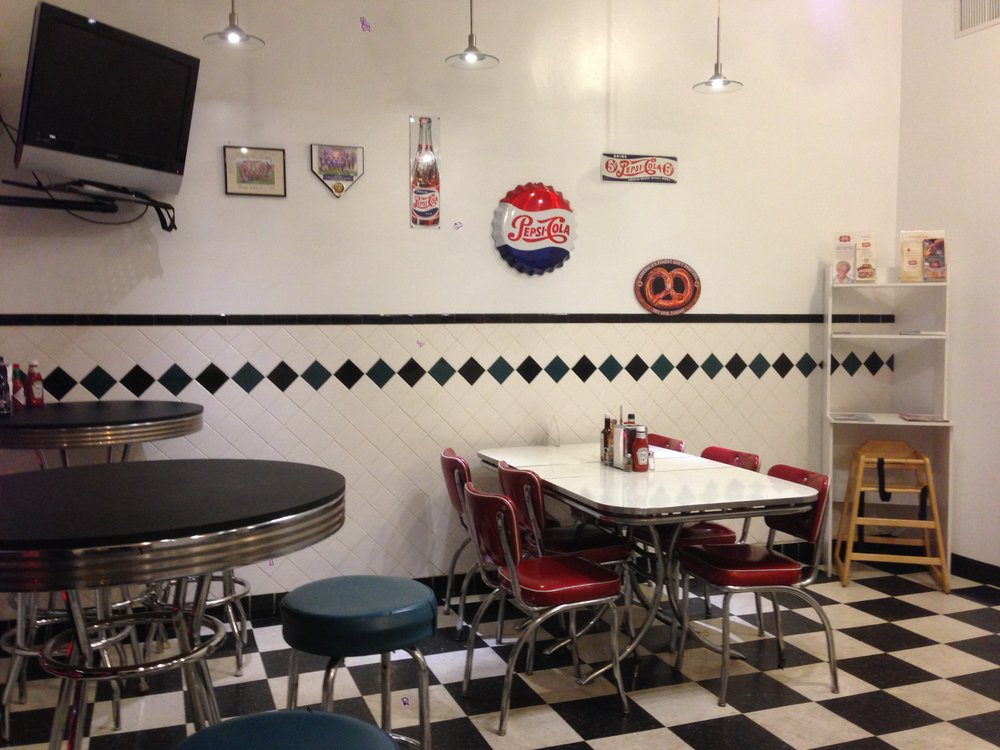 The added seating has some old school diner charm.

Thing is, it's pretty tasty. Giorgino's grills the individual slices, melts some American cheese on it and slaps it on a Kaiser roll. Kind of alluring, to those of us who dig on swine. But that's not what I ordered.

Instead, I went with the egg roll sandwich. And no, they haven't put Chinese finger food on a bun. This is simply a pork roll sandwich with a fried egg thrown in. I doubt Giorgino's is deliberately trying to confuse anyone here, but I'd also wager if more of us actually knew what this sandwich entailed, more would order it. 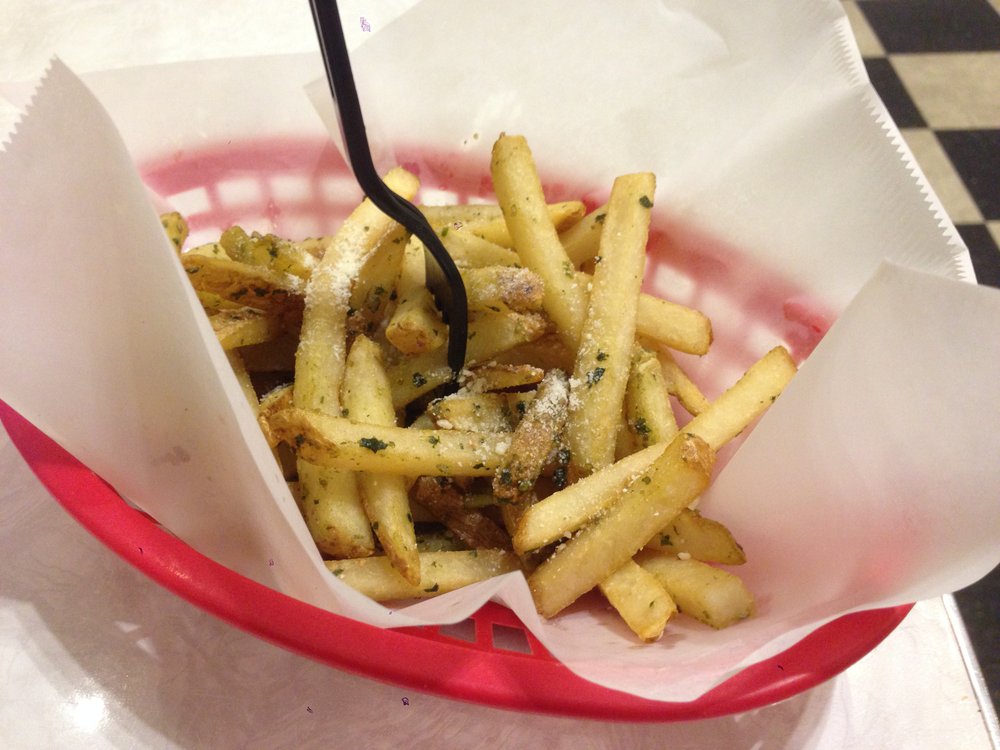 Granted, no self-respecting food critic can tell you with a straight face that a grilled egg, cheese and ham-product sandwich is delicious, so I won't. So let's just say that Giorgino's hands down makes the best egg roll sandwich in the county. And for a mere seven bucks.

More at issue here is the side I chose: pesto fries. Sounds great right? Well, the fries are good, but whereas I was expecting actual pesto sauce, instead I got what amounts to a few basil flakes and out-of-a-can grated Parmesan. So, pass the ketchup.

Naming issues aside, Giorgino's makes a pretty satisfying, cheap meal. Even if you spend the rest of your life continuing to pretend Taylor Ham doesn't exist.

We have Taylor Ham on all our special occasions-likely there are a couple places in San Diego that sells it by the pound. Growing up this was a staple, but definitely an acquired taste for some! I'll definitely check this place out.