Another music venue pulls the plug 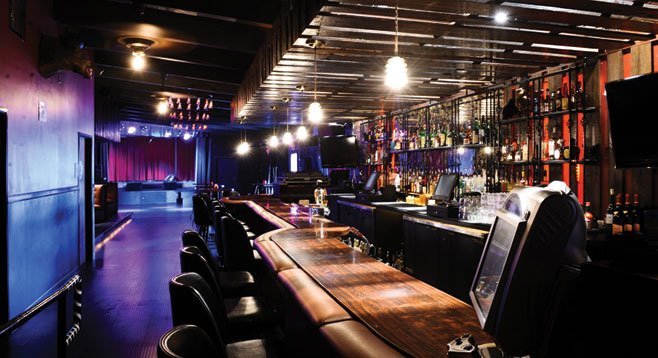 Another San Diego music venue has pulled the plug.

The Griffin, the Bay Park bar known for its quality sound system and presenting nationally touring headliners such as Imagine Dragons, Crosses, Nico Vega, Band of Skulls, the Parlotones, the Mowglis, Good Riddance, and local bands such as Dead Feather Moon, Sprung Monkey, and Heavy Guilt is now closed.

The 240-capacity bar has new owners who say live music is simply not in the cards for the bar just down the hill from USD.

Co-owner Jesse Melton told the Reader that the stage will be removed and the P.A. system will be sold. He was speaking by phone from the Regal Beagle, the Mission Hills bar that is also owned by the group taking over the Griffin. The group also own the Regal Seagull in Leucadia.

Melton says the new Griffin will not be a “Bar-Cade” as has been mentioned among insiders. However, he did say the new bar will indeed have diversions such as pool tables, Pac Man-type consoles, and shuffleboard, Foosball, and Skeeball tables.

“We will keep the cabaret license active,” says Melton, in the event they ever want to host a band “here or there,” but that live music will not be a major focus of the new bar.

He says that the bar's new name has not yet been selected. He expects the new venture to be open by the end of the month.

The Griffin has hosted live music since it opened in July of 2011. It was booked by UCSD graduate Joe Rinaldi who had previously booked 4th&B, House of Blues, and the Viper Room in West Hollywood. Rinaldi was not available for comment.

Of the three headliners listed on the Griffin's website, The California Honeydrops (April 26) has been moved to the O.C. Tavern in San Clemente; Trails and Ways (May 10) has been moved to UCSD's Loft, and the new venue for the Josh Rouse show (June 22) has not yet been announced.

Meanwhile, insiders have been talking about the eventual reopening of Brick by Brick, just around the corner from the Griffin. The word is that longtime music Impresario Alice Stinnett is in discussions with Max Paul, principle owner of Brick by Brick, to take over the 400-capacity music venue that has been closed since early February. Stinnett was involved with the all-ages Scene music venue in Clairemont Mesa. Scene closed in 2003. Stinnett did not respond to a request for comment, and Paul said an announcement was forthcoming but that it was too early at this time.

Just to make it clear, Joe Rinaldi booked the House of Blues on Sunset in West Hollywood. Not the HoB in San Diego.

It will be missed! Joe ran a great club.