Eating good pastrami off the back of a food truck 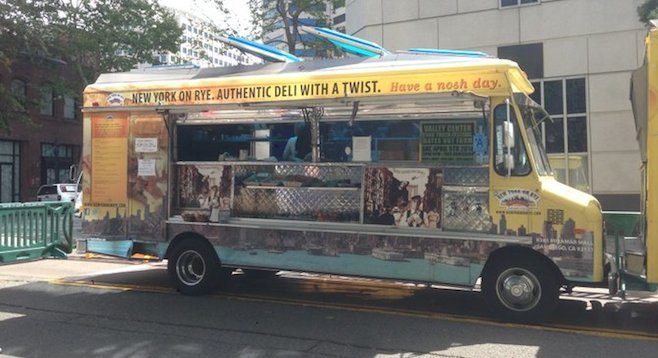 "Deli" is one of those words New Yorkers tend to be fiercely protective of, along with "bagel" and "city." As in, "You call that a bagel?" or, "This ain't a real city." Basically, if you deign open a deli outside any of the five boroughs, you risk the automatic and undying scrutiny of anyone who lives or has lived in NYC — even if it was only Staten Island. 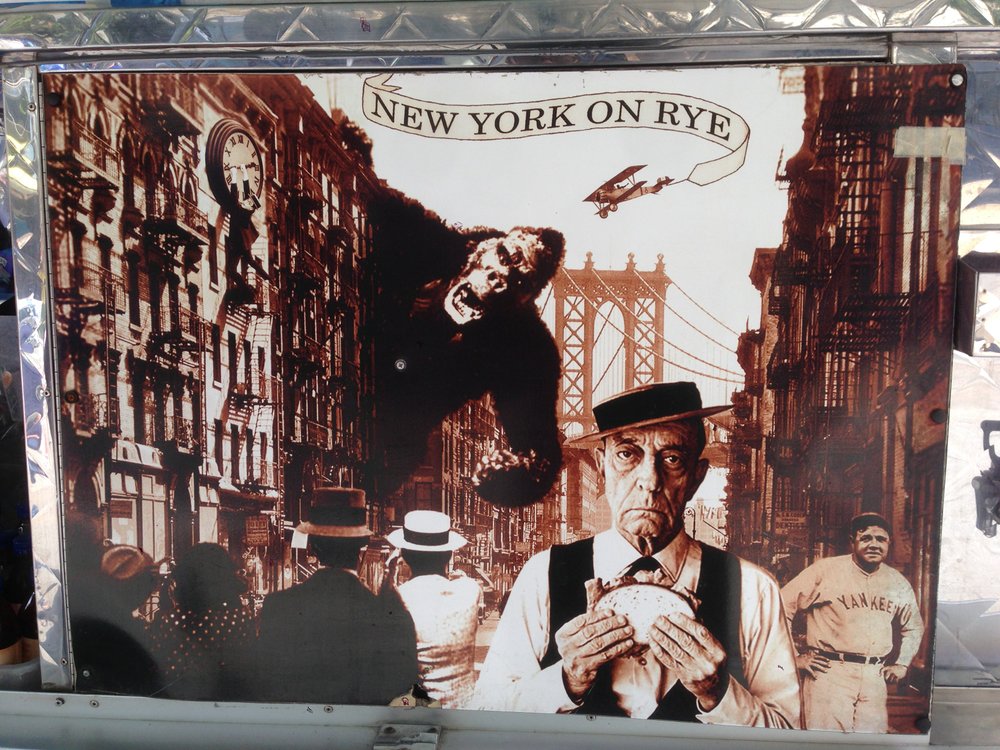 Oh New York. Who can compete with your old city charm?

I can't be sure, but I suspect this would also apply to food trucks bearing the Deli name. I found one, New York on Rye, at a weekly food truck event a couple blocks from the downtown courthouse. Started by veteran New Yorkers, it cites the seminal Katz's Deli as inspiration, and I would guess they won't be driving this truck into Manhattan for a direct comparison any time soon.

Always a sucker for anything pastrami, I beelined to their ordering window already knowing what I wanted. Except — and this is where any New Yorkers reading this start calling me names — hold the rye.

I love pastrami but can't stand rye bread. Especially a shame in this case, as New York on Rye promises fresh baked, "artisanal" breads in addition to house-made condiments. So go ahead, Rye fans, attach an asterisk to anything I'm about to report.

The menu starts with a Grilled Reuben, with the option to sub pastrami or turkey for the more traditional corned beef topped with sauerkraut, Swiss and Russian dressing. It runs about ten dollars.

I asked for and received an alternative to rye: levain, a pretty simple but flavorful bread likened to a mild sourdough. Quite good bread, actually.

Problem was, it was grilled to the point of being greasy. Would rye have handled it better? I can only wonder. The whole order got brown paper bagged, right down to the individually wrapped slice of pickle, and from the moment I started to unwrap everything, I was already a mess. Even my three-buck side of "double dipped" fries were soggier than any three-buck fries should ever be. 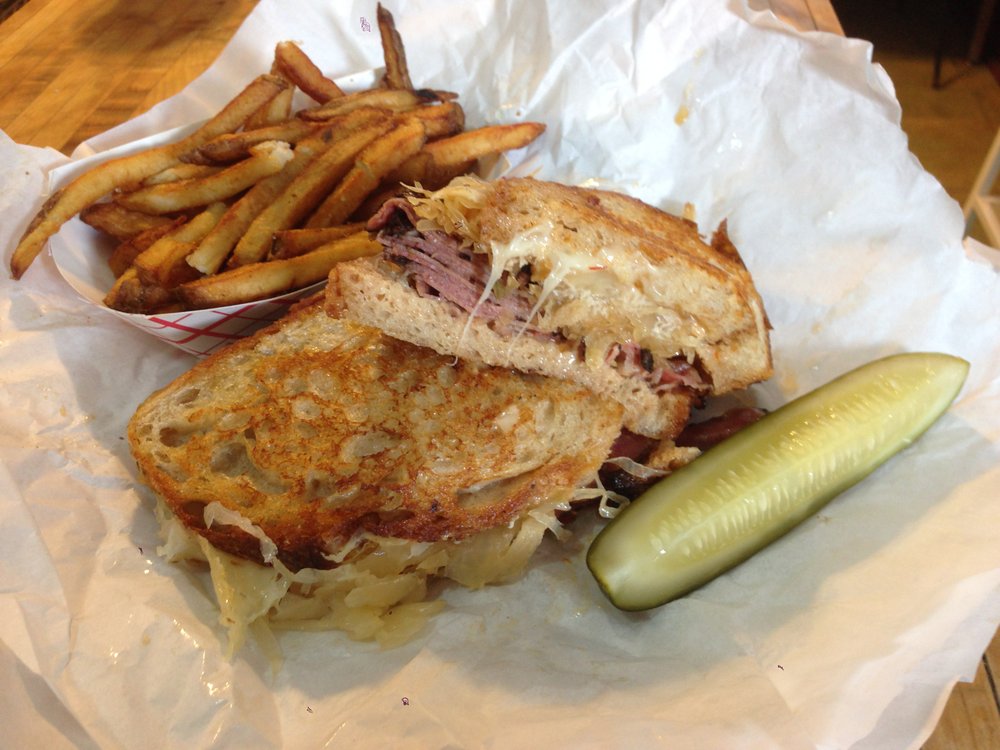 I'm pretty sure this sandwich is melting. Grilled Reuben. New York on Rye.

Fortunately, the sodden sandwich was packed pretty thick with pastrami, which pretty quickly erased any misgivings. The owners take pride in the fact their pastrami's made with the heavily marbled beef navel, rather than the commonly substituted brisket. I'm not normally one to quibble over which cut goes into my cured beef, but I've got to admit, it made a difference, and this pastrami's flavor and texture were outstanding.

A little less grease would have earned it even higher marks, and maybe brought it a little closer to the Katz gold standard. Next time I might stick with the levain and ask to forego the grill as well as the fries. Also, the Californian in me might ask them to add some slices of avocado. Because I'm not the least bit beholden to tradition, but that would taste fantastic in any metropolis.

Levain bread? A slice of avocado? Be careful, Ian. You could get punched in the face and they're liable to pull a knife on ya. You have to understand, New Yorkers are proud of that grease. Fact is, the grease is often more important than the food. The food is just an excuse to enjoy the grease. Have you been to Bronx Pizza lately? They're serving slices of grease with pizza on it. Not fa nuttin' but...they think "avocado" is Italian for "catbird."

I'll bet you put ketchup on hot dogs too.

Keep the reviews coming, they are appreciated.

At least Ian didn't demand mayo that day. The response would have been swift and brutal.