Heart "Kick It Out" at the Open Air 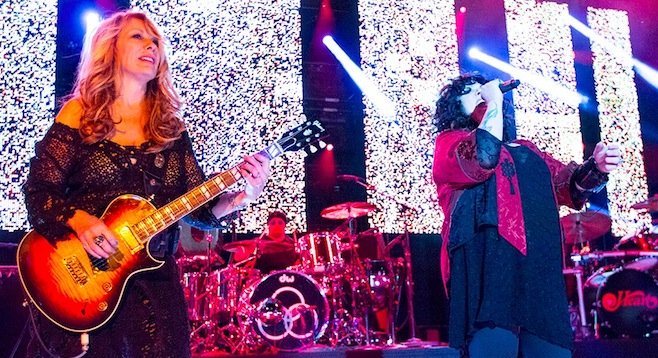 Heart started off lackluster, as the set’s early songs sounded like 45s being played at 33. Opener “Barracuda” dragged. As they worked their way through “Heartless,” “What About Love,” and “Magic Man,” things didn’t get much better. It wasn’t until “Kick It Out” that the Rock and Roll Hall of Famers started to get into a groove and the band’s energy began to match that of the crowd.

The highlight of the set for me was a new song I had not heard, “Dear Old America,” from their 2012 release Fanatic, which sounded as good as anything on Dreamboat Annie. “Dear Old America” is a powerful, rocking number told from the point of view of their Marine Corps father returning home from war.

The encore brought opening act Jason Bonham’s band back onstage with Heart for a six-song set of Led Zeppelin tunes, beginning with “Battle of Evermore” and finishing with “Stairway to Heaven.” When the encores ended, all thoughts of the show’s slow start were forgiven.