Local politicians have found that Sunroad is paved with stumbling blocks.

Did the company pay to play? 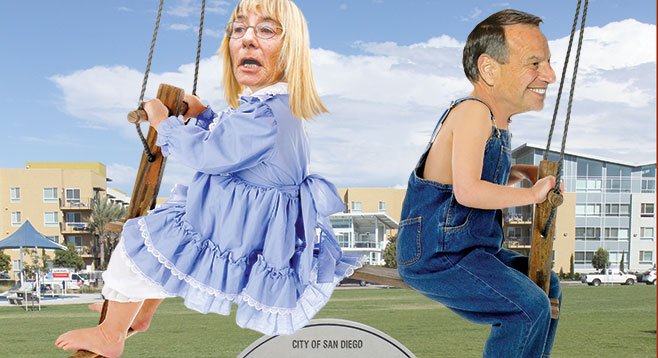 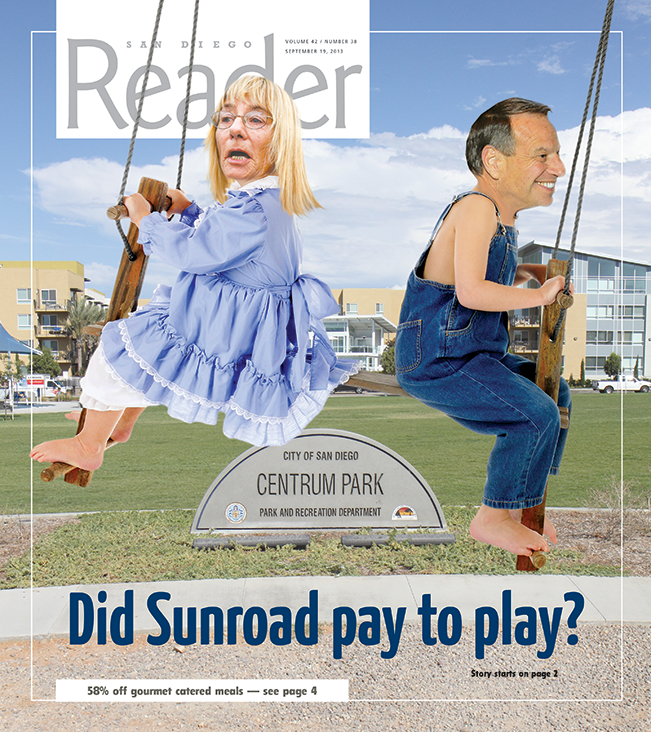 The two checks, totaling $100,000 and signed by Sunroad Enterprises, appeared at the mayor’s office on May 23, one week after Bob Filner vetoed a decision by city councilmembers to give the developer two nine-foot-wide strips of city-owned property adjacent to a Kearny Mesa park.

Three weeks after the checks were deposited into the general fund, Filner changed his mind and urged the council to override his veto, thus signing over the two easements to the developer. 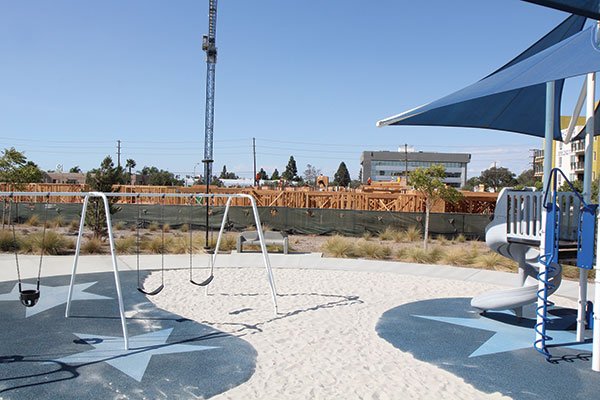 The city ceded land bordering this Kearny Mesa park to the developer Sunroad.

Since then, federal investigators have announced that they were conducting a probe into the alleged pay-to-play scheme. At the same time, the city and Sunroad are defending the deal in a lawsuit filed by San Diegans for Open Government, a local advocacy group.

Attorneys for the city and Sunroad have already crafted their legal defenses.

The city’s argument: nothing to see here.

Sunroad’s argument: making contributions to the city is our First Amendment right.

On August 23, attorneys for Sunroad requested the case be struck down for violating anti-SLAPP statutes enacted to protect petition and free-speech rights. (SLAPP, which stands for strategic lawsuit against public participation, is a term used for a lawsuit designed to scare someone away from participation in government. Statutes against such suits have been passed in most states, including California.)

“The allegations against Sunroad arise from Sunroad’s constitutionally protected activity,” the developer’s attorneys from Marks Finch Thornton and Baird state in court documents. “The payment to the City… is protected activity because it was an exercise of free speech.” 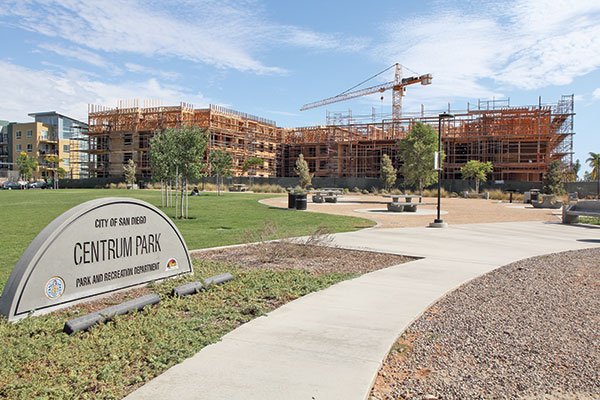 The city received donations totaling $100,000 from Sunroad before giving city land to the developer. 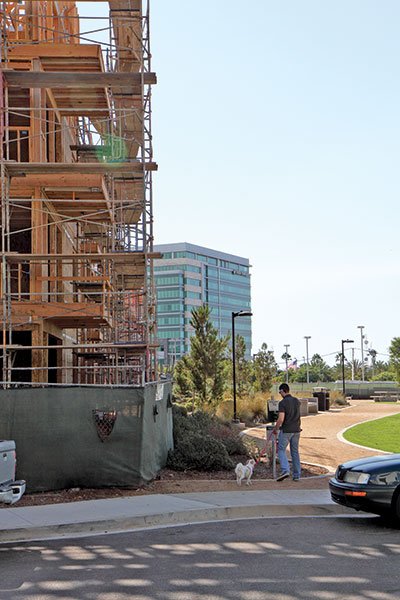 Issues concerning the distance the development’s buildings are set back from property lines precipitated the giveaway.

For now, Sunroad executives appear to be in good shape. Construction continues on their mixed-use development, Sunroad Centrum. The public land is as good as theirs. And, considering the $100,000 has since been returned, they have acquired the easements at virtually no cost, apart from any potential legal fees that may arise from the lawsuit.

It’s a reversal of fortune for Sunroad, considering that early this year the developer faced two options, both of which were potentially costly.

According to public records obtained by the Reader, Sunroad’s options were to redesign the building with 15-foot setbacks or pay for special fire-rated glazing on all windows along the north and south façades of the building. Both were extremely costly.

Redesigning the building with 15-foot setbacks would cost the company over $8600 per month in lost revenue, according to an August 13, 2012, email between city Park and Recreation assistant director Scott Reese and Sunroad vice president Tom Story.

As for the second option of installing fireproof glass, the price tag on that was approximately $200,000.

Story, who is not a registered lobbyist with the city, focused his energies on councilmember Lorie Zapf, contacting her office more than a dozen times over the course of a month.

Public records obtained from Zapf’s office show that Story penned a memo for the councilmember to give to her colleagues. Weeks later, he composed the motion that Zapf was to give at the council hearing, along with preparing answers to possible questions.

“At the end of the day this will not violate any deed restrictions related to the park, will not impact any uses in the park, and will not be detrimental to the city [sic] interests,” read an answer authored by Story. “This is simply a case where a council policy that makes sense 98 [percent] of the time hits an exception.”

His work was rewarded when the Land Use and Housing Committee authorized the giveaway by a unanimous vote. A few weeks later, on April 30, the city council agreed.

In what appeared to be a celebration lunch, Story and Zapf dined at Dobson’s Restaurant on May 7.

Behind the scenes, however, some people questioned the giveaway. “Prior to the Land Use and Housing Committee and City Council voting to approve the easement, there was no meaningful discussion about Council Policy 700-06, which states in part that encroachments on dedicated or designated parkland that would benefit only a private party shall not be granted,” writes former councilmember, current president of Californians Aware, Donna Frye. “Sunroad admits that the payment to the city was made in connection with their request for easements so surely they knew that there was a financial benefit to them. This was not the impression they gave at the public hearings.”

He vetoed the project but then allowed his deputy chief of staff Allen Jones to broker a deal with the developer. That’s when the two checks appeared. Story was not shy about linking the payout in exchange for the easements in letters and phone calls to elected officials. “Attached please find two checks totaling $100,000, payable to the City of San Diego in consideration for the City’s recordation of nine-foot building restricted easements on the north and south portions of the subject park site,” wrote Story to Jones in a May 23 letter. “In consideration for this payment, the Mayor will direct city staff to record the building restricted easements no later than May 31 such that construction inspections on the project known as Centrum 23 by City staff should continue without interruption.” 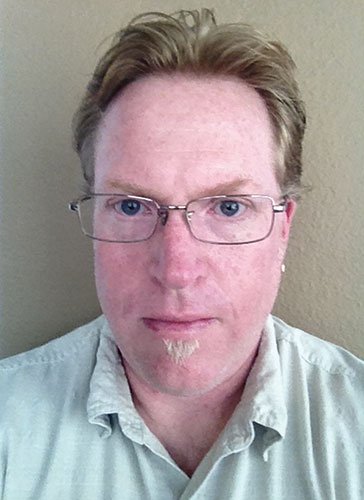 Fast-forward to June 28. Under mounting scrutiny, Filner returned the cash, which had been directed to bicycle advocacy program CicloSDias and a veterans’ park in Ocean Beach.

Filner is gone, but the city and Sunroad are forced to answer for the deal in court. Deputy city attorney Andrea Contreras argues that the lawsuit is a “sham.”

“The project obviously is not a sale of city property,” wrote Contreras in an August 16 court document. “Even if [San Diegans for Open Government’s] ‘quid-pro-quo’ allegations were true, Sunroad’s funds were returned, so no ‘sale’ could have taken place…the lawsuit is a sham.”

Cory Briggs, the attorney representing San Diegans for Open Government, has his own thoughts on Sunroad’s defense. “Saying the ‘pay to play’ is protected under the First Amendment is like saying it’s legal to yell ‘fire’ in a crowded theater. Tony Soprano would love having lawyers argue that point.”

Attorneys from Sunroad did not respond to requests for comment.

The case goes before judge Timothy Taylor on November 15 at the San Diego Superior Courthouse downtown.

Great work, Dorian - the Reader scores again with a solid bombshell of investigative reporting (tho this is clearly only the prologue to a much bigger as-yet-untold tale). Stories like this are solid evidence of just how and why the Reader still matters in San Diego, perhaps now more than ever ---

Nothing to see here, move along. Mr. Hargrove, you should go to Washington and fry some big fish.

The statements attributed to Story that say the checks were sent "in consideration" for the recording of the easements, and again, "In consideration for this payment, the Mayor will direct . . ." make it clear that a sale was being finalized. What more evidence would be needed?

As far as SLAPP being invoked by Sunroad, we can only assume that they are following the adage that "the best defense is a strong offense." While that is argued in court, the real issue, pay for play, gets lost in the shuffle. My take is that those statements from Story make it clear that an illegal transaction was taking place at a minimum, or that actual bribery was taking place. It is hard to fathom why Story ever said or wrote anything quotable in this case.

Rather than a lawsuit, the DA should be pressing charges against the players. Will that ever happen? Very unlikely.