Halloween, the one day a year where everyone cosplays 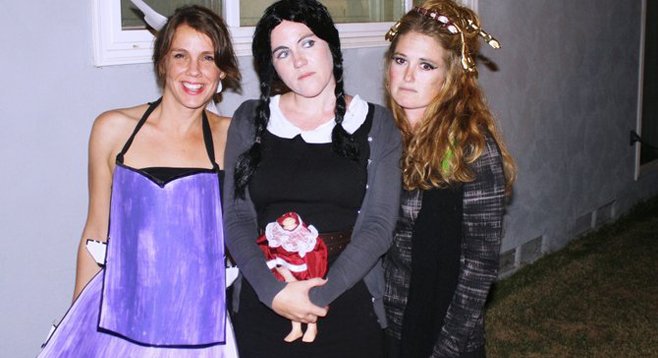 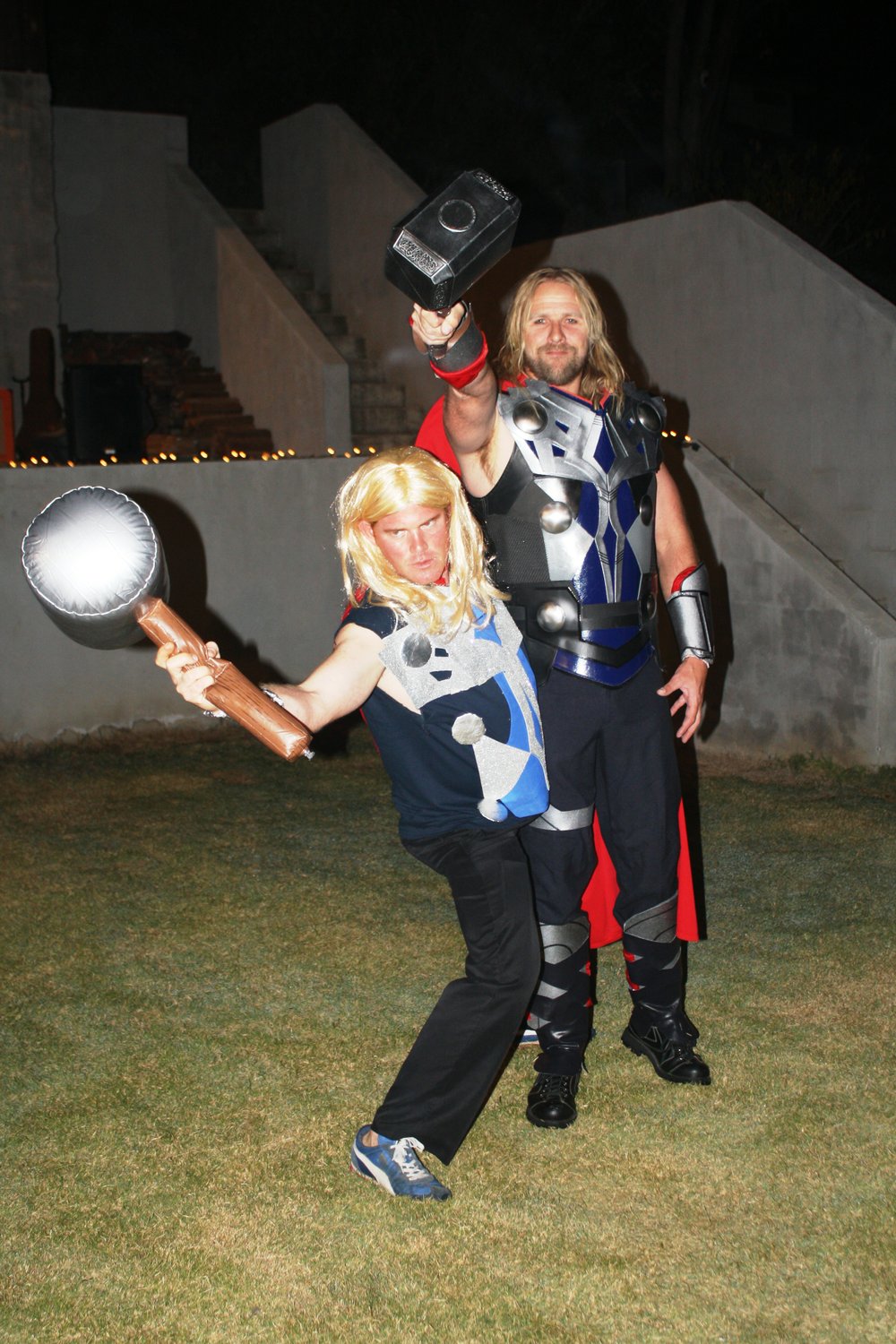 It’s Halloween season, the time of year when much of the population dresses the way San Diego cosplayers do on a regular basis.

This weekend I attended a friend of a friend’s Halloween soiree in the boonies, a.k.a. Lakeside.

In my opinion, one’s choice of Halloween costume speaks volumes. Take these two Thor twinsies for instance; Erik on the right takes his outfit very seriously. I think he may have grown his hair out to better fit the character. Meanwhile, Steve Lettow took a more humorous approach with a DIY costume made out of foam, craft sheets topped off with a ridiculous, shiny, bleach-blond wig. 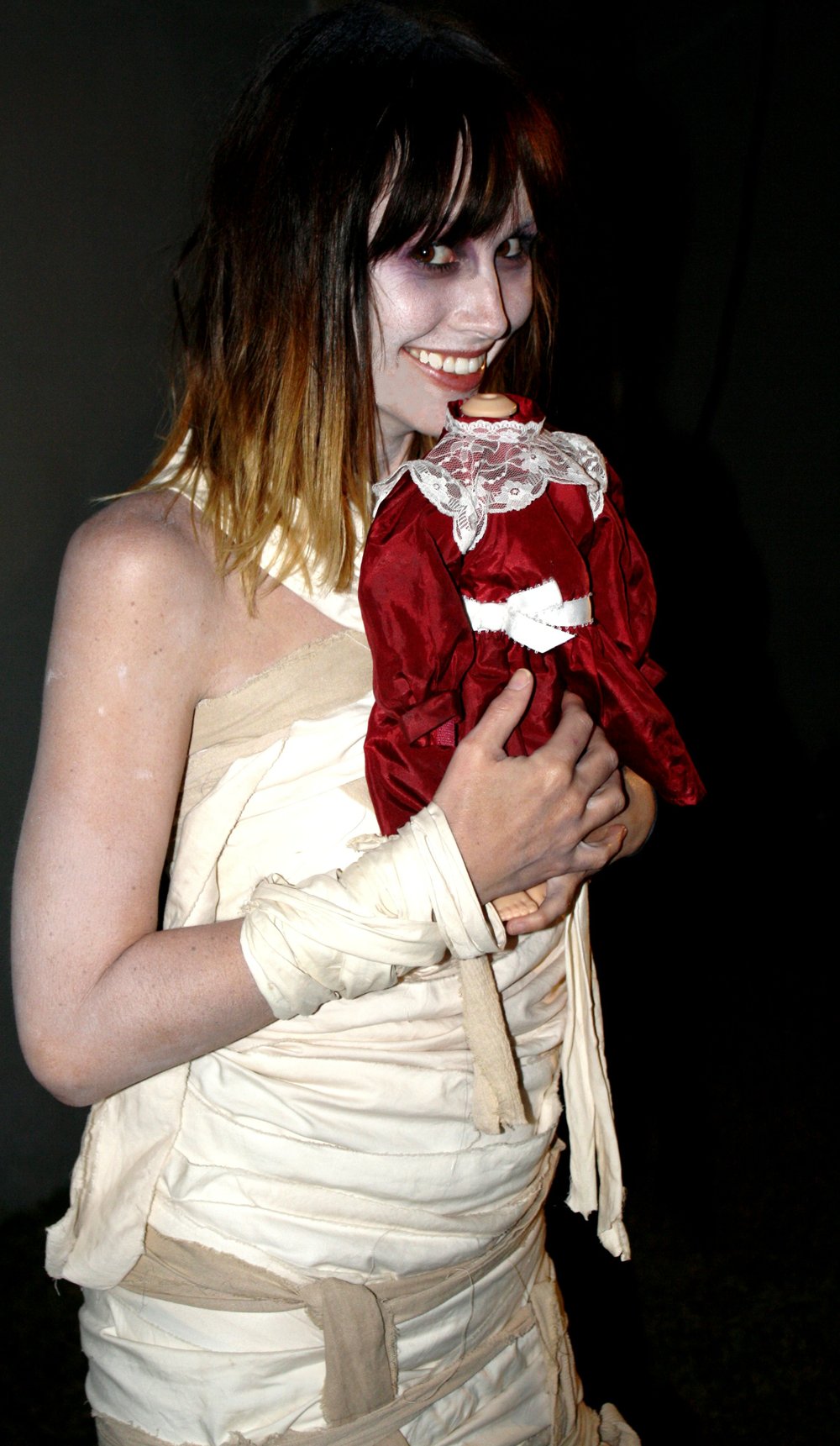 Enrique dressed as Albert Einstein. His black Chuck Taylors took a little bit of authenticity away from the costume. But still, dressed as Einstein, everything Enrique said that night took on a much deeper meaning. 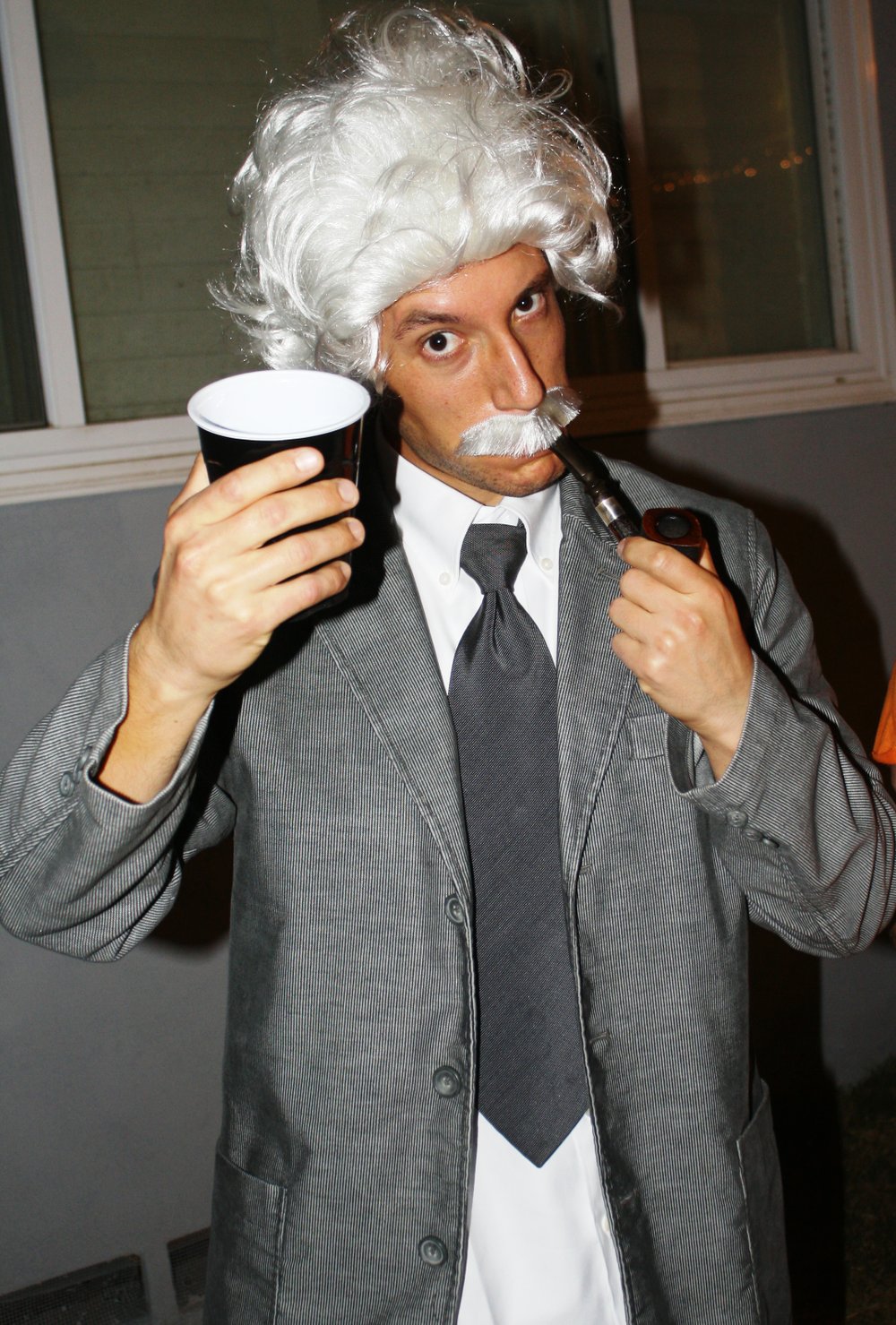 Kelly Grosse chose an appropriate costume for her wild, curly hair in her Medusa costume. She bobby-pinned metallic snakes to her long locks. She wore silver, glittery eye make-up and faux lashes to top off her spooky look.

Meanwhile, Shelby Hartman, ever-so-crafty, constructed her paper doll costume out of two sheets of poster board, Sharpies, and purple craft paint. It was a good choice for Hartman, who makes her living selling homemade recycled goods at local farmer’s markets.

Lastly, I dressed as Wednesday Adams only because everything I wore was already in my closet. Also, I have an obsession with Peter Pan collars. it was a lazy person's costume choice.