"A bad kid," the officer said. 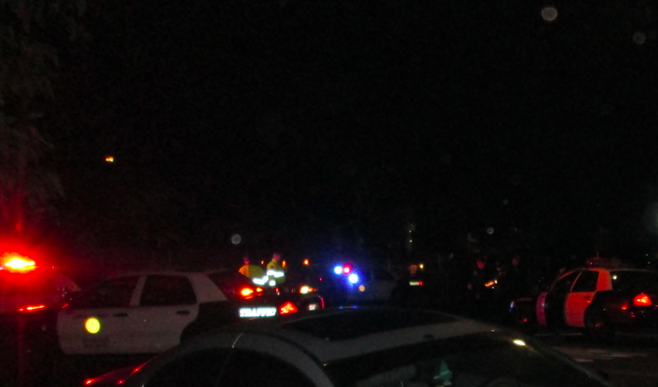 On Tuesday morning, October 29, at approximately 12:45 a.m., a high-speed police chase through the Memorial community ended on 30th Street where it intersects Newton Avenue. A small white car they were pursuing couldn't brake and hit a red truck parked on Newton.

The driver then jumped out of the car and fled down the alley; within minutes, several police cars, including a car with a police dog, and a police helicopter, were in the area looking for the driver.

Shortly before 1 a.m., the driver was found hiding about a block away on 31st Street. A police officer on the scene said that the suspect was a Mexican male, 15 years old, who was fleeing from his house after hitting his father in the head with a rock. "A bad kid," the officer said.

A group of neighbors stood on the corner of 30th and Newton in the light rain, wrapped in blankets against the chill of the night, looking at the skid marks the driver made while trying to brake, starting from about mid-block and ending at the side of the red truck, which was dented. The car was thrown back several feet, the driver's side door open just as the suspect left it when he fled.

The truck belongs to a new resident of the area; he had just moved into the house on the corner the day before.

"What a welcome," his cousin said.