Woman said she saw the man next door use a lighter 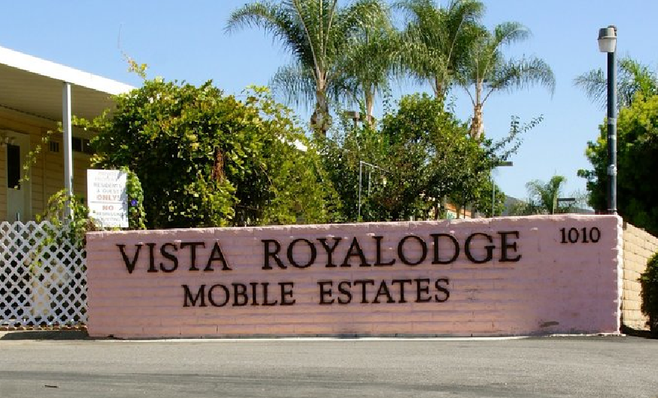 The petite Vietnamese lady said she saw her neighbor do it.

Miss Ut Jones said she was outside gardening when “He start the fire three time," the elderly woman said with a heavy accent in San Diego Superior Court on October 17, 2013.

“I see the lighter, one two three time, then start, the fire come up.” Jones described the igniter: “I call a barbecue lighter.”

Jones lives in the trailer park at 1010 East Bobier Drive in Vista. She has lived in space 21 for six years. Miss Jones claimed it was the man who lived next door, in space number 20, who ignited the leaves of some bamboo at about 8 p.m. on September 30.

Klein said the home he shares with Jones is an old trailer, built in 1971, and “it’s made out of all wood.” Ever since he won a small-claims court case against his neighbor Joe Brown, “bad things started to happen,” according to Klein.

The defense attorney for Brown suggested that the bamboo was on his side of the property line and that it is not a crime to light one’s own plants on fire.

Brown reportedly has a prior felony record for possession of an illegal weapon and making criminal threat and vandalism; those convictions are from year 2000, according to a prosecutor.

Brown, 76, pleaded not guilty to felony arson, plus one misdemeanor violation of a court protective order. He is being held by the San Diego County Sheriff in lieu of $100,000 bail. He's due in court again on November 14.

In fact, Counselor, it IS illegal to light one's own plants on fire. First, there are city fire-prevention ordinances that forbid landscape burning in residential areas. Second, the air pollution control districts have outlawed any sort of agricultural burning without a permit, and the wildfire folks are also involved in those. Now, Mr. Defense Attorney, I think you know all those things, but you get paid for making up a defense, and that's what you're doing here.

This defendant may not be a bad guy; many neighbors over the years have made me want to do drastic things. But you don't go out in broad daylight and torch bamboo right in front of your neighbor if you want a resolution. Sheesh!

Public defender Brian Dooley made a vigorous defense for his client, Joseph Brown. 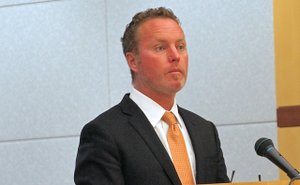