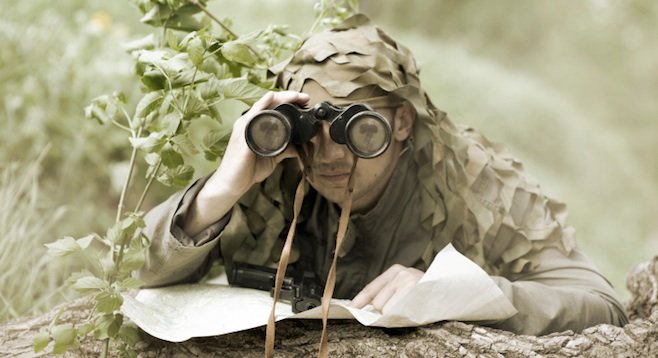 Still at the Bottom

Siobhan Braun delves into the heart of San Diego’s craft brewing mentors in her “We Did It Guerilla Style” article (October 3).

However, this same article abruptly transitioned on page 34 into my second favorite subject in America’s Finest. Topic: A Trolley Show. Did anyone else have a tough time understanding what happened in this segue? Perhaps a more developed transition device would have tied the two stories together. Instead it fostered a desire for closure on both topics.

You succeed only in making me thirsty to open a mass transit tavern which features live shows and ample taps.

I’m calling regarding the “Sordid Tijuana” letter (October 10) regarding the cover story, “Graveyard of the Godforsaken Gringos” (September 26). I’m a regular reader of the Reader, from Baja California.

As you can see from this lettter, it’s time for you guys to change writers because your writers never get out of Zona Norte, the Red Light District. That’s all they know. They just hang around looking for handouts and booze and girls.

Oh, wow! You finally printed a play’s rating (“Critic’s Pick”) from Jeff Smith in the same issue as his review. We don’t have to wait a full week to learn what his rating is! This affects buying a ticket, you know? Thank you!