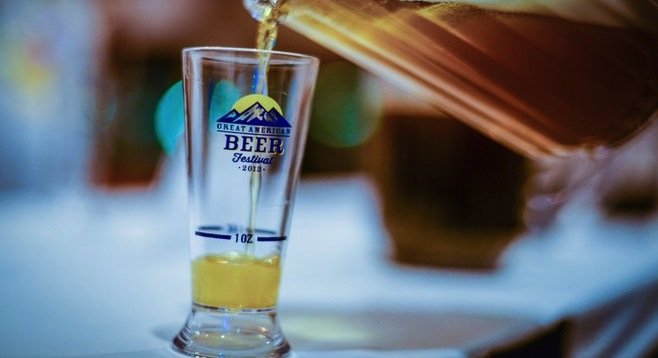 Beer writers and brewing industry personnel reference it all the time—the Great American Beer Festival. Held annually in Denver, Colorado, it is the single most well-known and well-respected brewing competition in the country. To win a medal there is a big deal, something that proves the worth of individual beers as well as the companies that produce them.

This year’s competition included 4,809 entries from 745 different brewing companies in 84 categories, which were evaluated by 201 judges from 11 countries. These numbers sound big because they are. Winning gold in any of the style categories basically means the hardware recipient made the best version of that particular type of beer that year.

It’s something brewers everywhere take very seriously and the many awards that San Diego businesses have won over the past quarter-century have helped to cement this region’s lofty reputation as a major center for craft brewing expertise. Typically, San Diego breweries amass more awards each year than most states’ breweries combined, a stat that’s every bit as impressive as it sounds.

This year’s GABF winners were announced Saturday on the third and final day of the event. Though the total number of medals earned by local operations was down a bit this year, our county did well for itself. San Diego brewers brought home 14 total awards, including five gold medals, three silver, and six bronze.

The big winners this time around were brewpubs. Behind beers from brewer Ignacio “Nacho” Cervantes, Pizza Port’s Ocean Beach outpost earned a gold and two silvers, while Devon Randall from Pizza Port Solana Beach became the first female brewer to medal with a traditional oatmeal stout, and the company’s Belgian-inspired production operation The Lost Abbey nabbed a bronze in the American-style Sour Ale category.

Then there was Rock Bottom La Jolla. One of the most consistent GABF award-getters over the past several years, brewmaster Marty Mendiola entered three of his recipes and won medals for all of them—a gold and two bronze. Those individual awards also helped win the Rock Bottom chain of brewery-restaurants the Brewpub Group of the Year Award for 2013.

Another big winner from the brewpub ranks was Monkey Paw Pub & Brewery, which got its first-ever GABF medal—a gold—with a vibrant American strong pale ale called Bonobos created by newly minted head brewer Cosimo Sorrentino. Longtime standout AleSmith was the star of the brewery class with a gold and a silver, while Karl Strauss Brewing Company once again earned gold in the Irish-style Red Ale category for its Red Trolley Ale. Seventeen-year veteran Coronado Brewing Company finally captured a medal in the American-style Black Ale category, and Oceanside Ale Works earned its first GABF honors in the same category.

The following is a breakdown of each of the beers that came out on top: