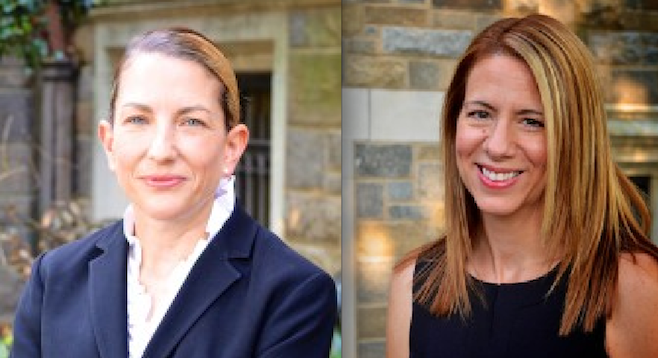 The San Diego Zoo, which came in for scrutiny by the city auditor earlier this year for the way it spends its $10.5 million annual city subsidy, has hired a big-time Washington DC lobbyist to watch over its interests in the nation's capital.

Back in May, the city auditor issued a report declaring, "Changes are needed to improve fund budgeting, operations, and transparency" at the zoo, finding that "neither the City nor the Zoo can definitively determine that funds collected...are being used specifically for maintenance of zoological exhibits."

Specifically, the City has not undertaken an effort to monitor how the Zoo expends the funds. Additionally, the Zoo accounts for Charter Section 77a funds only at the level of its general fund and are not currently able to determine if the funds have been expended specifically on maintenance of zoological exhibits.

Although the language in Section 77a is very broad, efforts should be made by the City and Zoo to provide greater transparency and accountability over the use of funds collected from City residents under the Charter provision.

As a result of the auditor's findings, the city agreed to beef up its accounting of the money it hands over to the zoo.

Now comes word via a recent disclosure filing with the U.S. Congress that the zoo is venturing a bit further afield in an apparent search for government cash.

According to a lobbying activity report dated October 21, the DC firm of McAllister & Quinn LLC was paid $16,000 during the third quarter of this year by San Diego Zoo Global to lobby regarding "House and Senate Interior Appropriations Bills" for fiscal years 2014 and 2015.

A lobbyist registration report filed by McAllister & Quinn on October 7 said that the firm would be working on getting "Appropriations [and] grants funding opportunities" for the organization.

The company's vice president Ellen Riddleberger is handling the zoo account. According to her online profile:

Prior to joining McAllister & Quinn, Ellen worked for Congresswoman Lucille Roybal-Allard (D-CA) for more than 11 years, and as her Chief of Staff since 2002.

Congresswoman Roybal-Allard is a senior member of the House Appropriations Committee and a former Chair of the Congressional Hispanic Caucus.

She specializes in providing clients with strategic government affairs analysis and advocacy services as well as assistance with fund development through federal grants and foundations.

McAllister & Quinn’s director of grants and federal affairs, Annie Kurowski, is also working on the zoo account, the disclosure says. She previously was a domestic policy assistant for Republican ex-senator Gordon H. Smith of Oregon and a staffer the Senate Committee on Health, Education, Labor and Pensions, according to her online bio. We have a call into the zoo for more details.