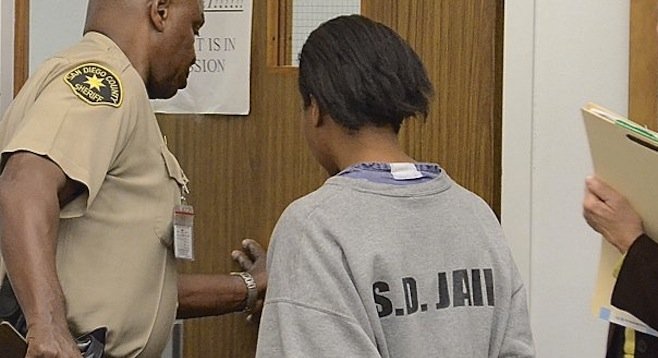 “This 35-year-old defendant stabbed her 54-year-old stepmother over 15 times with two separate knives,” a prosecutor said as Asiatae Robinette Bell glared at the deputy district attorney from a holding cell.

Last week, on November 20, Escondido police reported that they responded to an emergency call in the 700 block of North Grape Street; the call reported a woman inside an apartment, covered in blood and not moving.

In court on November 25, a prosecutor said the husband of Monette Bell, 54, went to work that Wednesday morning and left his wife and daughter alone in their home.

“He came home around 2:15 in the afternoon and found a bloody scene,” stated prosecutor Tracy Prior. The man allegedly found his wife slumped over in a chair.

“He called 911.” The man “found a knife sticking out of her neck, the blade handle had been broken off. Essentially she was dead at the scene,” the prosecutor said.

“A second bloody knife was recovered underneath her armpit area, also with the handle broken off. There were at least 15 stab wounds in all, including her jugular area [and] her chest area.”

The prosecutor's shocking details preceded her request to the judge that he set high bail for the woman now charged with murder.

Prior said that “forensic and physical evidence” led investigators to conclude that Bell was “the perpetrator of this attack.”

Judge Marshall Hockett set bail at one million dollars.The judge also ordered that any photos of the defendant should obscure her face because of possible identification issues.

Bell pleaded not guilty through a public defender and is next due in San Diego’s North County Superior Court on December 5.

Asiatae Robinette Bell apparently remains in a mental hospital, more than a year after criminal proceedings were suspended in her case. Today, February 5, 2015, prosecutor Matt Greco released this statement: "Ms. Bell remains in a state mental hospital. There is a maximum period that the state may hospitalize the patient of three years. Furthermore, the patient or her attorney may seek to have the holding order reviewed." 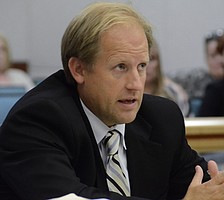