“Suspicious man” at an address on Crescent Point Road in Carlsbad

Steals from elderly, punches animals...now we pay for his lodging. 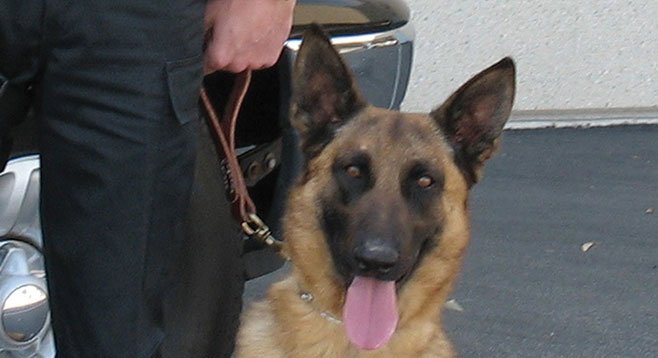 “He sure scared my cats,” said Marlene Russo of the man Carlsbad police had handcuffed in her front yard shortlyafter he had been caught leaving her home in possession of burgled goods. To be fair, the loud police dog who bit the burglar might have scared her cats, too. 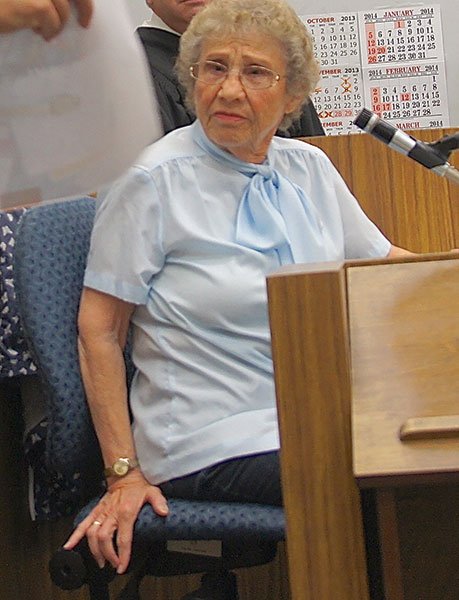 Marlene Russo was surprised to come home to police in the act of apprehending a man in her yard.

At about 3:45 p.m. that Thursday afternoon in August when Mrs. Russo arrived at her home on Crescent Point Road in Carlsbad, things began going strange. She parked her car and headed for her front door when she saw a large policeman in front of the house. The officer asked if this was her house and if anybody was supposed to be inside. “Only two cats,” Mrs. Russo told him. The officer told her not to try to go inside her home. And things got stranger.

About a half hour earlier and three streets away, over on Grady Place, neighbor Lillian was surprised to hear somebody knocking on her back door. “That was kind of odd,” Lillian remembered thinking. She walked to the back of her home and could see a man in the backyard: he was wearing a bright orange reflective vest, the kind that utility workers wear. “I opened the door.” The man wore a hat and sunglasses and he held a clipboard in front of his face. “He asked me if I ordered landscaping services.” Lillian told him no.

Then the man asked if he was at a certain address, but Lillian immediately knew there was no such number on her street. She found the man “very suspicious.” They spoke less than a minute, and then the man drove away from her home in a white SUV which had been parked in her driveway.

Lillian quickly phoned a neighbor to see if that suspicious man had been at her home, and then she called police. Soon there was a helicopter over her home, “in a tight formation, circling and circling.”

He had the dog by the neck

Officer Anthony Jucenas is a 13-year veteran with the Carlsbad police. On the afternoon of August 29, he first answered a call regarding a “suspicious man” at an address on Crescent Point Road. He didn’t see anything suspicious at that home, but while he was there he heard a door slam next door, so he walked in that direction.

Officer Anthony Jucenas said he “charged” the suspect and “knocked him to the ground.”

In the backyard of the next home, Jucenas saw a window screen lying on the ground, it looked cut. Then he saw a hand in a window; that hand reached to move the blinds. And then the officer saw the face of “a white male.” Jucenas radioed to let other officers know what he had seen while he moved toward the front of the home. That’s when Jucenas saw the gray-haired lady drive up in front of the house.

The officer asked Russo to please wait across the street. The flabbergasted woman handed over her front-door key to the police officer and complied.

Jucenas was accompanied by two other officers when he approached the front of Russo’s home. Police in the helicopter circling overhead soon informed officers that a man had leaped from the second story at the back of the home, and that man was coming around toward the front. 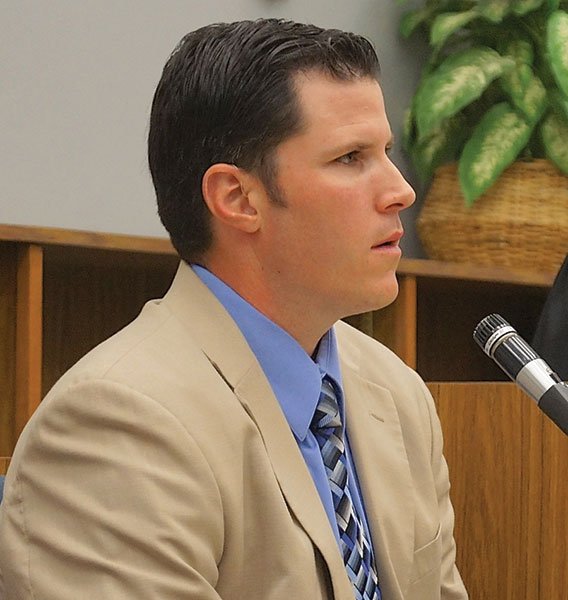 Carlsbad police officer James Bellamy said he was on the other side of a tall stone fence in back of the home when he witnessed a man jump from a window onto a trellis and then onto the ground. That officer said his weapon was drawn and he “gave him a loud command” but the suspect “just completely ignored me” and hurried away. When officer Bellamy next saw the suspect, he was in front of the home, grappling with a police dog named Dillon. “He had the dog by the neck and he was hitting the dog.”

“He wasn’t complying with any orders from any officers,” according to Officer Jucenas, who said he “charged” the suspect and “knocked him to the ground” and “tried to hold him.” But the suspect swung his arms with “closed fists” and used his legs trying to push off the policeman, according to Jucenas. “He was just non-compliant.”

Some of the other policemen pulled Jucenas off the suspect so they could send in the dog. 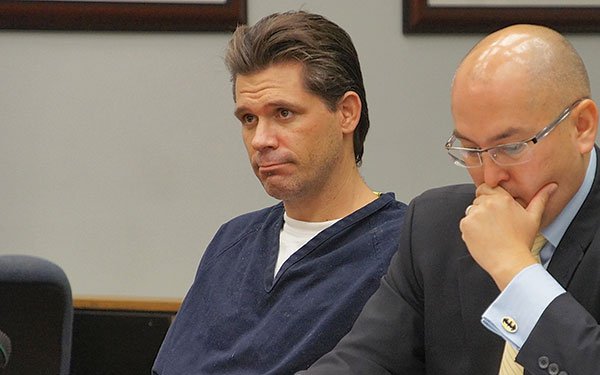 Kenny Lowary sits in court with his lawyer.

Later, investigators determined that Kenny Allen Lowary, 39, had been driving around Carlsbad in a white Ford Escape that was registered to his wife. Lowary is reportedly a resident of Vista.

Officers said Lowary had one item in his pocket that had been taken from Russo’s home. Other items from the home were later found hidden in a hospital room where Lowary had been taken for treatment of dog bites, according to testimony in court. The allegedly stolen items included watches and souvenir trinkets.

At the time of his arrest, Lowary was out on bail for a previous incident. Nine months prior, Lowary was allegedly caught in possession of meth and heroin for sale. On that day, November 2, 2012, he paid $2,000 to All-Pro Bail Bonds to post his $25,000 bond, and he immediately bailed out. Later that same month his bail was raised and he quickly paid another $7500 to a different company, the Bail Hotline, which posted that $75,000 bond. 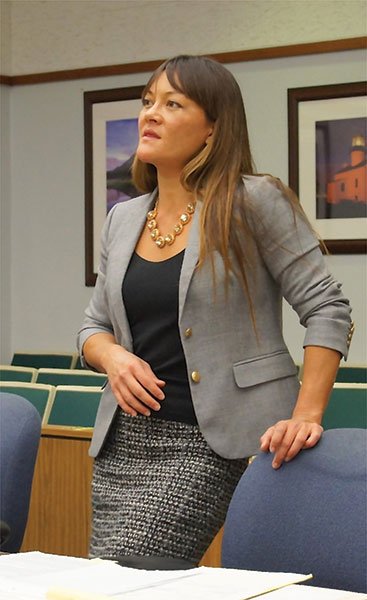 Landy Spencer-Daly is prosecuting the case against Kenny Allen Lowary.

But Lowary was a “failure to appear” for his September court date, and San Diego Superior Court judge Marshall Hockett ordered his bond forfeited and issued a $300,000 bench warrant.

Prosecutor Landy Spencer-Daly alleges that Lowary has multiple prior felony convictions in San Diego County. In 1998 and again in 2001, Lowary spent time in prison for burglary, possession of stolen property, and vehicle theft.

Lowary, 39, pleads not-guilty to new charges of first-degree burglary and felony resisting arrest. He is being held in the Vista jail in lieu of $400,000 bail.