New This Week in the Local Music Database 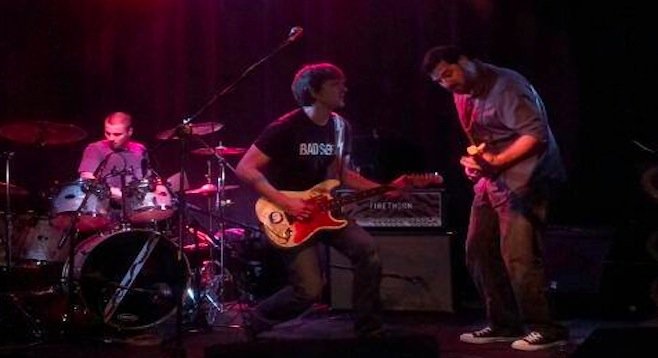 The Reader’s Local Music Database includes profiles, discographies, music, and concert dates for over 3,600 San Diego bands, all searchable by name, genre, etc, covering the music of our city from the 1940s through this week. You can also find pages on over 8,900 musicians (with links to all their band pages), 3,700 albums (with tracklists and reviews), 10,000-plus music articles and musician interviews, 1,100 playable MP3s, 200 local music videos, 200 venues, and more than 1,200 upcoming shows

These are the most recent ten band pages in the Database, including old acts newly added and brand new ensembles.

Firethorn, formed in 2006, featured frontman (and longtime Ocean Beach resident) The Inevitable Mr. Chris, alongside bassist Sean Myott and drummer Habieb Fakhoury. The group played an average of fifty shows a year, sharing the stage with such regional acts as Demasiado and The Long and Short of It, and nationals like Local H and Mike Watt.

Mr. Chris recalls when the band split. “At our last show, Habieb was incredibly late and almost didn't show up at all. The amp broke in the first thirty seconds and cut our set by twenty minutes. I spent over $800 in three weeks just flying out and keeping it alive. But clearly, I'm open to further abuse.” Chris later relocated to attend school on the east coast and formed a punky pickup band called Love Ethic, backed at various times by Jason Scattaregia, Adam Fagelson, and local female bassist Marian Lowe.

When Love Ethic makes its local debut on December 5 at the Tin Can Ale House on Bankers Hill, it’ll be Chris’ first local performance since early 2011.

A moody five-minute sample track called “Favorite Song” can be played at http://nicelymusic.bandcamp.com . 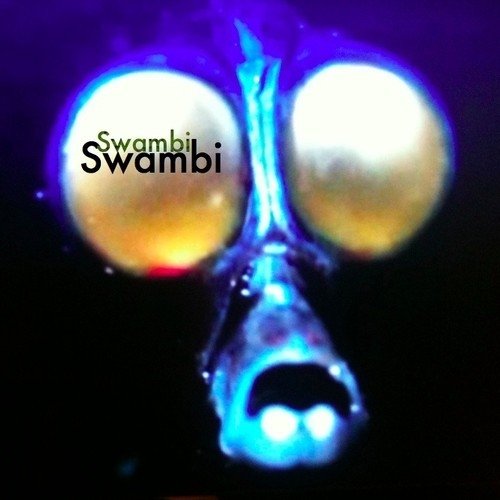 Swambi, based in Vista, was recently cofounded by Isaac Cass, of Get Back Loretta, and drummer Patrick Fitzmaurice. Their music is a blend of psychedelic, raw, and colorful electronic music, akin to Phillip Glass, Blondes, James Blake, Steve Reich, and Thom Yorke/Radiohead. A self-titled debut full-length will be released in early 2014 on the local Kill Quanti Label (founded by former Get Back Loretta guitarist Santino Romeri, also of noise act Illuminauts).

You can catch Swambi on December 19 at the Whistle Stop in South Park, and on December 28 at the Casbah, where Cass will do double duty with Get Back Loretta (on a bill that also includes the Heavy Guilt and Palace Ballroom).

Dave Gilbert's late '70s Kiss tribute band once got a (friendly, but firm) cease and desist letter from Kiss mainman Gene Simmons. The guitarist went on to play with Big Toe, whose bassist Mark Goffeney was born without arms and plays with his feet. They appeared as contestants on the TV show Star Tomorrow in 2006.

Gilbert has also played with Claire Monsters, and with West Coast Iron Works, one of the longest continuously-operating rock band in San Diego, having formed in the mid-1960s.

Fish & the Seaweeds, based in Point Loma, is an island-themed jam band founded by brothers Glen and Mark Fisher. Drawing inspiration from party trippers like the Allman Brothers, Phish, Dave Mason, Robin Trower, Grateful Dead, Spirit, Little Feat, and the Dixie Dregs, the group released a self-titled debut in 2011, followed up earlier this year with Fishing Hole.

Big Bad Buffalo drummer Jordan Krimston (Pandemonium, Lua) was still in high school when his band released its debut self-titled three-song EP in 2012. He also attended the local branch of the School of Rock. The group includes Alex Staninger and Silvio Damone. 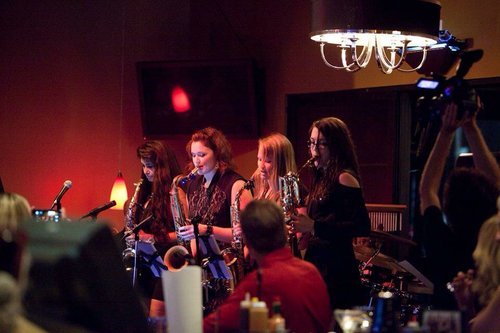 Bates works as an editor, Boles works for a music publisher, Lombard is a full-time student who also plays in the big band at SDSU under Bill Yeager, and Vidal is a chiropractor and mother of three who as a child performed with her parents in Cam Vidal and the Blue Notes.

Infamous Sinphony is a prog-metal crossover band along the lines of DRI, Excel, Tankard, Pantera, Hatebreed, Slayer, Exodus, and the Accused. Moslty based in El Cajon, they released their debut album Manipulation (Wild Rag Records) in 1989, earning four out of five “K’s”

in KERRANG! Magazine. After a lengthy period of inactivity, their comeback album Enemies of the State was released earlier this year.

Child was a 1970s rock group featuring singer Rick Reed with Thom Beebe (Circus) and Steve Jumel on guitars, drummer Eddie Cota, and Andy Greenberg on bass. Beebe later played with local metal band Assassin, who opened for headliners like Poison, Alcatrazz, Grim Reaper, and local metalheads Riot. In the 21st century, he looked to the 19th century as inspiration for a new group called Steampunk Willie, inspired by the growing steampunk cosplay and design genre.

Bassist Andy Greenberg went on to play with Commanche Moon. Old music by Child and new tracks co-created by Reed are set to be released next year by Orange County label FB5 Records.

To add or edit a band page in the Local Music Database, begin at Band Page Edits.

Bands with the word "Stone" in their name: 12 (http://www.sandiegoreader.com/bands/search/?page=3&;)

In addition, there are 53 local musicians named Chris, plus 24 Christophers and 14 Christians.