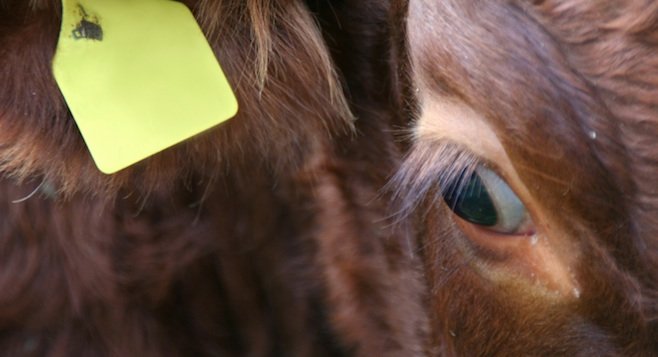 “Can you talk for a minute? Something horrible happened to me yesterday.” Jane didn’t bother to identify herself; she didn’t need to. My bleary eyes had easily made out the familiar image of her face as it lit up my screen. That’s why I answered. Anyone else would have gone directly to voicemail that early in the morning. I have a rule: I don’t pick up the phone until I’ve picked up my cup of espresso.

But lately, because our respective work responsibilities had made it nearly impossible for us to connect, I try to take my sister’s calls whenever I can. “Okay, what happened?” I said, as I sat up in bed. David, whose head remained on his pillow, opened his eyes and mouthed, “Jane?” I nodded. He sighed louder than necessary, rolled over, and pulled the comforter over his head.

“What is it? PTA politics? Drama with coworkers? Talk to me,” I said. “What was so horrible?”

Whatever Jane’s daily difficulty turned out to be, I didn’t expect it to be catastrophic. Jane abuses the word “horrible” to the point where I sometimes wonder if she knows what it actually means. Then again, perhaps her watered-down use of the hyperbolic “horrible” to refer to things that are merely “unpleasant” puts my sister at the forefront of our ever-changing language.

But to believe that, I’d have to disregard an important fact — that, thanks to a hereditary gene for histrionics, Jane, along with everyone else in my family, isn’t really capable of differentiating between something that is “unpleasant” and something that is “truly horrifying.”

The last “horrible” experience Jane told me about involved a new pair of steel-gray pumps that perfectly matched her steel-gray pencil skirt suit. That day, she called me just after lunchtime to tell me how horrible it was to be wearing shoes that were too tight to the point of painful, but too cute to consider taking off, at least not while she was wearing that outfit.

Still shaking the pre-espresso fog from my brain, Jane launched directly into her latest tale of horror. “It was terrible,” she began. “I was dissecting a cow’s eye and got cow-eye juice all over my silk top, but as if that wasn’t bad enough — ”

“Wait. What? Back up. Why in the shit were you dissecting a cow’s eye?” Upon hearing this question, David tossed the covers off his head and sat up next to me. His brows assumed a partly quizzical, partly amused, but mostly WTF formation.

“It was for Bella’s class,” Jane said in an exasperated way that made me feel I should have already known this. “The parents had to go because the kids aren’t allowed to hold the scalpels.”

“That’s weird. I didn’t dissect anything until high school. Bella’s what, nine?” Then, as an aside to David, I added, “Even then, I never actually dissected anything. On the days we had to cut apart worms, frogs, or pig fetuses, I convinced my group mates to do all the touching of icky stuff by volunteering to be the paper-filler-outer.”

“But I haven’t gotten to the horrible part,” Jane said. This reclaimed my attention. What could be worse in the mind of my fashionista sister than cow-eye goo on her blouse?

“I cut myself with the scalpel while I was touching the eye! It was horrific — you could see parts of the white glove turning red where the blood started to flow. And now I think I might have mad-cow disease.”

It took me a minute to get my laughter under control. Once I did, I said, “Jane, first of all, you should not have been allowed to hold a scalpel, I don’t care how old you are. Remember that time you were on that Segway tour and you fell off? And those are self-balancing. Like, they balance for you.”

I enjoyed David’s facial contortions as he tried to piece together the whole picture based on hearing only my half of the conversation. But this was just too “Jane” to not share immediately, so I filled him in. “Jane sliced her finger open while dissecting a cow’s eye in Bella’s class, and now she’s convinced she has mad-cow disease.” It sounded even funnier when I said it. David guffawed. “I know. Only Jane,” I said, giggling.

“It’s not funny,” Jane said. “I could have it. The teacher even said I should get a shot.”

“Hang on,” I said to Jane so I could ask David, “She couldn’t actually get mad-cow disease that way, could she?” David’s face fell in that, Please don’t tell me I married a stupid person way. “Come on, it’s not a stupid question,” I argued. “She opened her veins to dead-cow guts. You have no idea what could be transferred that way.” A gasp at my ear reminded me that Jane could hear what I was saying. “I mean, I’m sure you’re fine,” I said. “What kind of shot did the teacher say you should get?”

“Tetanus,” Jane said. “Those scalpels are old and weren’t really clean. I mean, think about it — scalpels donated to a fifth-grade class? How disgusting. But I’m not as worried anymore. I looked up tetanus, and the side effects are fever and seizure. I haven’t had either.”

“You’re still going to get the shot, though, right?”

“I don’t have time for that,” Jane said.

“Jane. Jane. Mad cow is impossible. But tetanus? That’s the real deal. Get the shot. You don’t even need to go to the doctor, I just saw a sign outside the new Walgreens in Hillcrest; they give ’em right there. Walk in, get shot, boom, done.”

“If it started to look infected, I’d go, but it’s been almost a whole day. Actually, I think the whole thing was worse for the kids. I screamed, and that kind of freaked them out...a lot.”

“I don’t know if I’d call that ‘horrible’ so much as ‘hilarious,’” I said. “But I’m glad you’re okay. And the next time they need to dissect something, send Simon. You’re not allowed near sharp objects anymore. Knives are now officially on the list. Right after Segways.”