My Organic Place serves up the sweetest wheatgrass juice, along with other grasses and sprouts 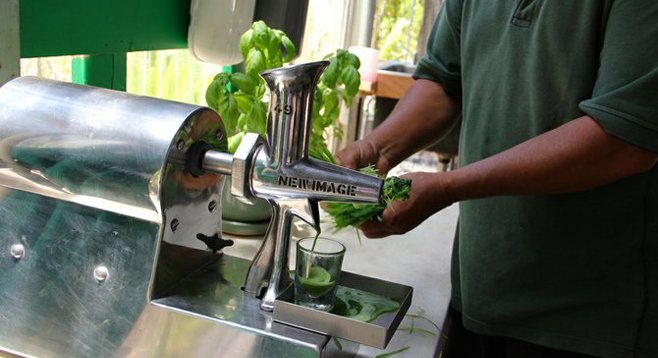 Cruising down Los Coches Road in El Cajon, right off I-8, I would have never guessed there'd be an organic wheatgrass grower in the vicinity. There it was, though, their dirt driveway weaving past a mulching pile full of discarded, rectangular flats of used wheatgrass soil. At the top, two large greenhouses greeted me on the left, as did Enrique – brother of the owner of My Organic Place. 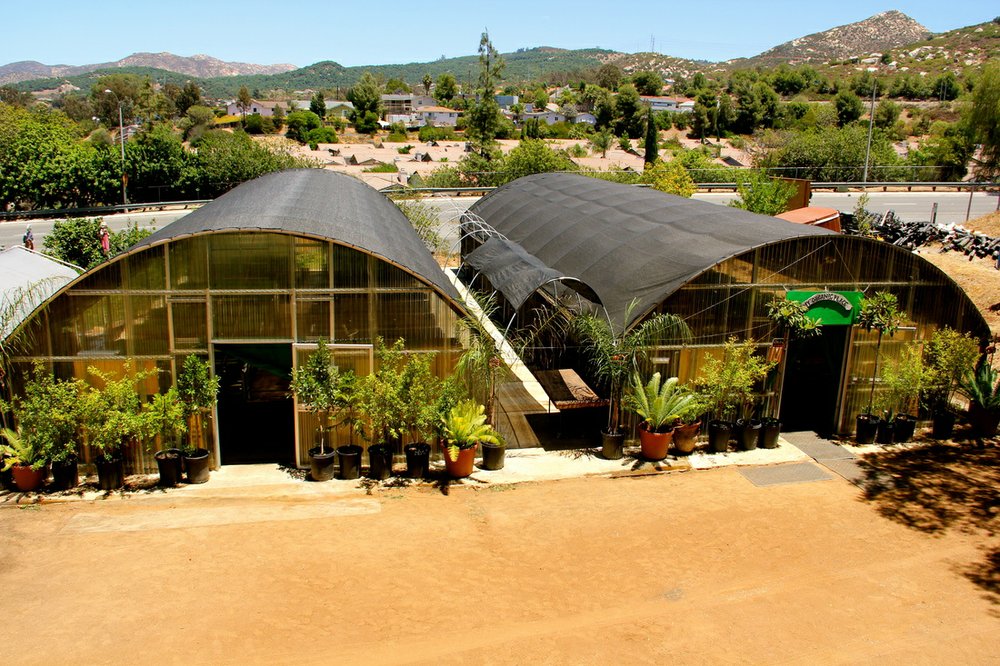 Enrique’s brother used to work at a place in Lemon Grove before he decided to go into business for himself. Using filtered water with organically-produced seed and soil, My Organic Place (M.O.P.) also grows other sprouts and grasses – sunflower greens, buckwheat, barley grass and pea shoots.

They mostly supply to businesses (with free delivery!), but are more than happy to accommodate those lucky enough to happen upon the property. I told Enrique what I came here for and he got to juicing — which is quite the process.

For those not familiar with wheatgrass, it’s ridiculously healthy – full of vitamins, minerals, amino acids, enzymes, and chlorophyll. When juiced and drank, I, amongst others, feel a tingly boost of energy coupled with a feeling of alertness. It is generally grown in 17”x17” flats until the wheatgrass is about 6 inches tall. 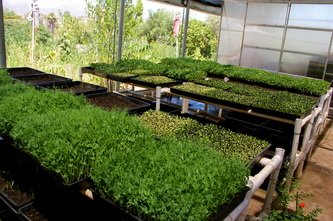 Small clumps of grass are then cut close to the sprout embedded in the soil and pushed through a special juicer that squeezes the juice out of the grass through a corkscrew-like device.

The wheatgrass juice at M.O.P. is very different from the stuff you’d get at a place like, let’s say, Jamba Juice. It’s much cleaner and sweeter with no “grassy” taste at all; there should be no need to suck on an orange slice immediately after drinking wheatgrass, like it’s a shot of cheap mezcal. I've been told that this is the difference between juicing freshly spouted grass versus those that have been sitting around for a while. 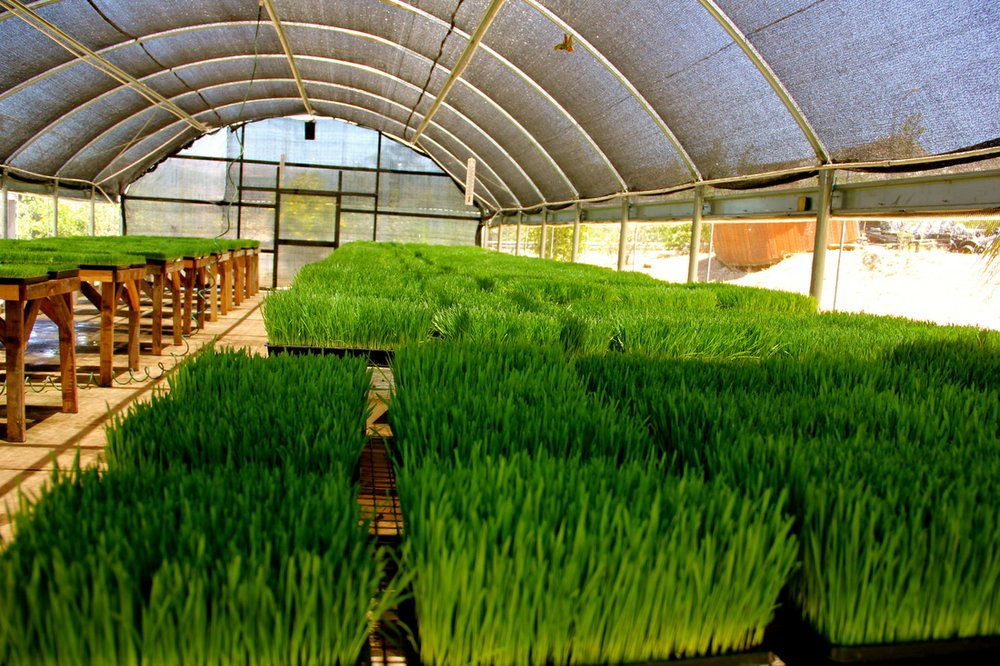 The price for a 32-ounce jar of wheatgrass juice here is $14 as opposed to the $3.99 plus tax you’d fork over for a 2-ounce shot of the green elixir at the aforementioned juice chain. Did I mention the $14 price tag comes with free shots for yourself and whomever you happen to have with you? There were three of us and we all received our own glittering 2-ounce shots.

It wasn't until after the green liquid hit my esophagus when I remembered that wheatgrass juice should be consumed on an empty stomach to increase vitamin absorption and prevent a belly ache. Oops. Mild digestive uncomfortableness aside, I still felt that wheatgrass euphoria and with some food and a good amount of water, my nausea subsided right quick.

For those that have their own wheatgrass juicer, an entire flat will set you back a mere $8 – a very small price to pay for about 20 ounces of the freshest wheatgrass in the comfort of your own home. Otherwise, that 32-ounce sealable glass jar will stay good for about a week. Each successive day after that first one, though, the juice did get a little grassier - a little less sweet – but it beats shelling out the big bucks (and dragging my butt) to the juice shop many miles down the road.