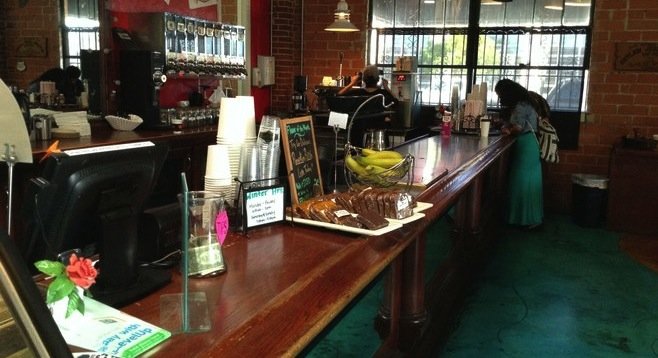 My friend Sorin and I have come through the sunny doors of Ryan Bros Coffee here in Barrio Logan. Beautiful place they gutted after taking over from Chuey's old school Mexican bar/eatery/dance spot and transformed into a coffee importing and roasting outfit, with some of the best coffee combos on da planet, I.M.H.O. 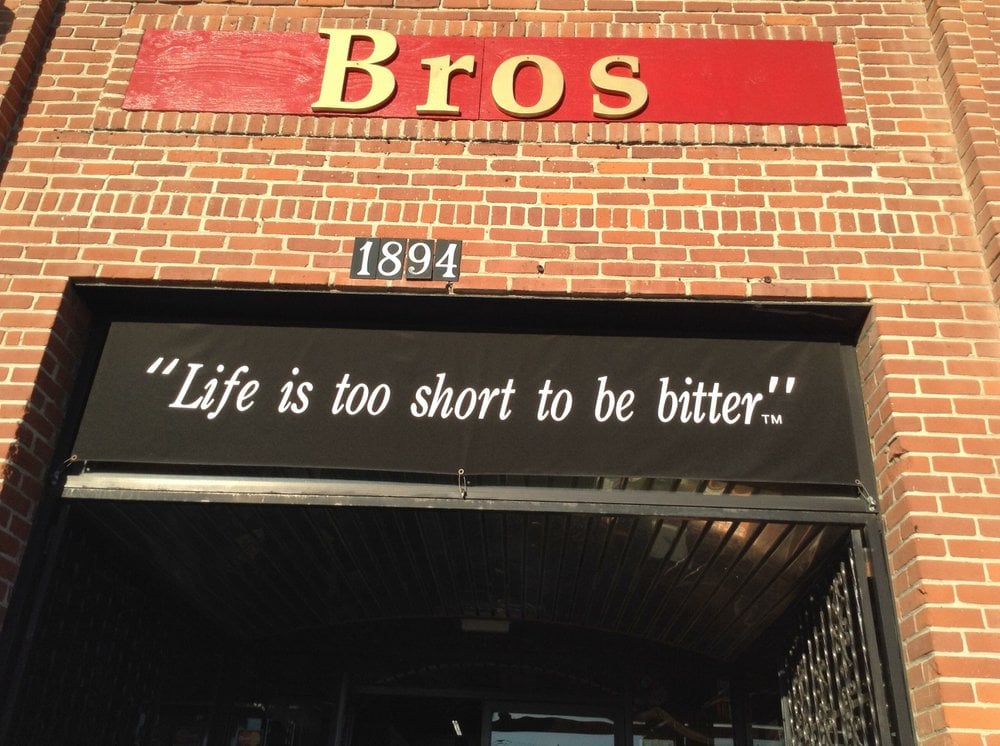 So we're standing at the bar that - true! - Jesse James hisself used to put his elbows on.

I ask this gal Sandra for a couple of cawfees (today's roast: Brazilian) in nice ceramic Ryan Bros cups, for $1.55 each. Deal. And deal-icious too. 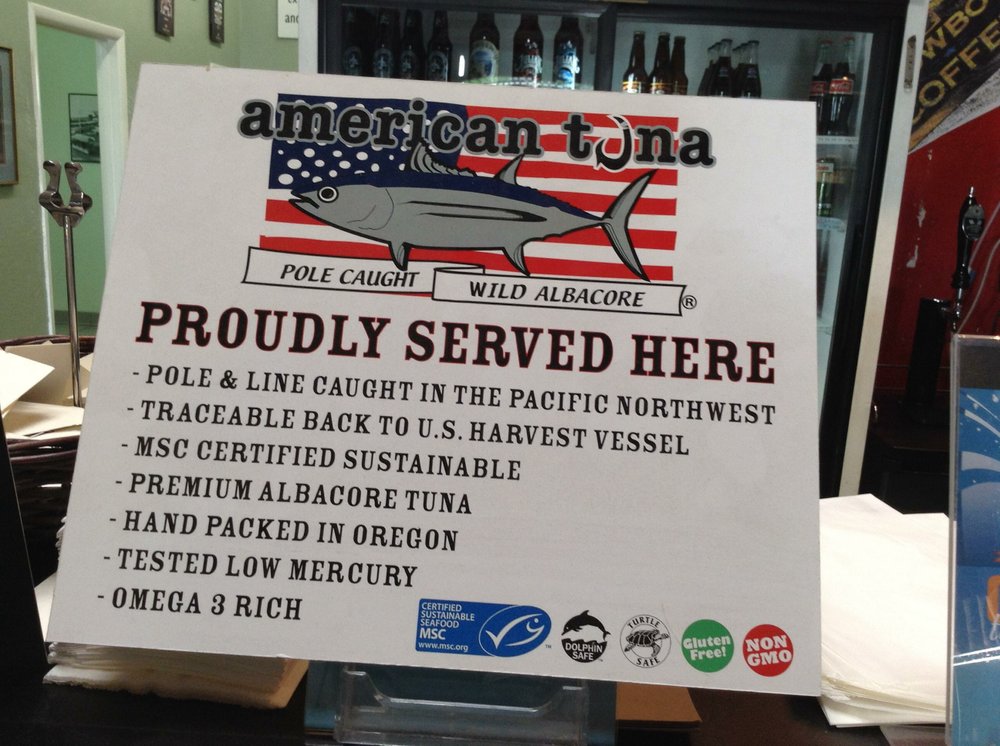 They have seven other sandwiches, including BLT, Very Veggie, BBQ, plus a burger and fish tacos too.

But the other thing that's staring me in the face is this patriotic-looking sign:

Then it goes on to outline things that kind of, uh, catch your eye. "Pole and line caught," "certified sustainable," "tested low mercury," "omega-3 rich." 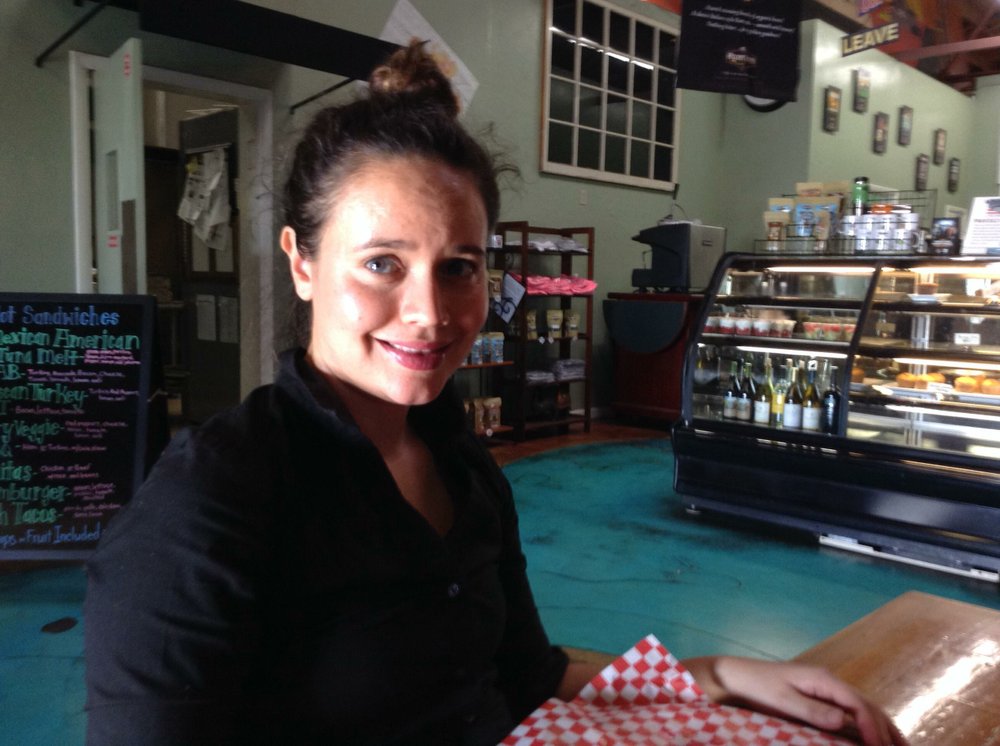 "Sustainable, that's good," says Sorin. "Species like the bluefin - the ones the Japanese pay maybe $10,000 for one, they're almost fished out."

Plus, now I think of it, net-caught tuna bring their own "collateral damage," dolphins, manta rays, sharks, thousands of other fish, are caught up in the dragnet, drown, get tossed back, dead or dying. Not nice.

"The Ryan brothers are very eco-minded," says Sandra. "About everything, from coffee to tuna." 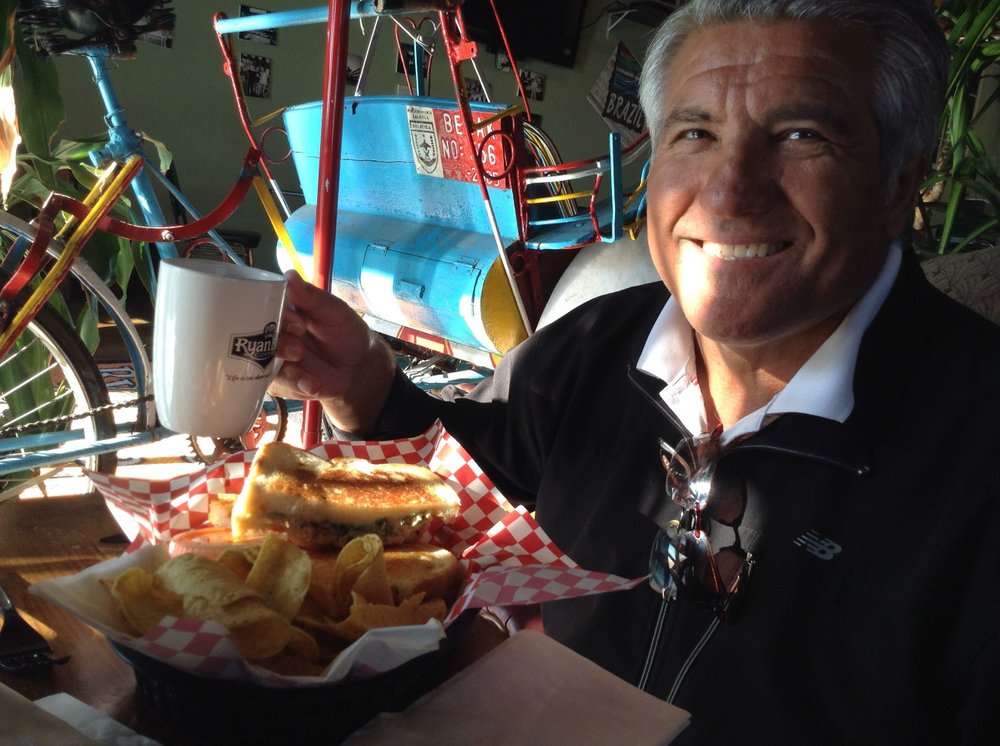 Long story short, we decide to get and split the tuna-melt. We sit in comfy chairs next to the Indonesian pedicab the brothers brought back from Indonesia where they were brought up, and chomp in.

"I swear, it's tastier, like less mealy-mouth flavored than your average Bumble Bee," I say. And it does fit right in with the coffee.

"Why didn't you tell me about this place before?" Sorin says. He looks around at the exposed brick, the ancient hooped roof, the coffee brand signs from around the world. "This is so cool."

"Just another surprise of the Barrio, vato," I say. "Hey, if it was good enough for Jessie James..."