Rumble at the Hyatt, part 2 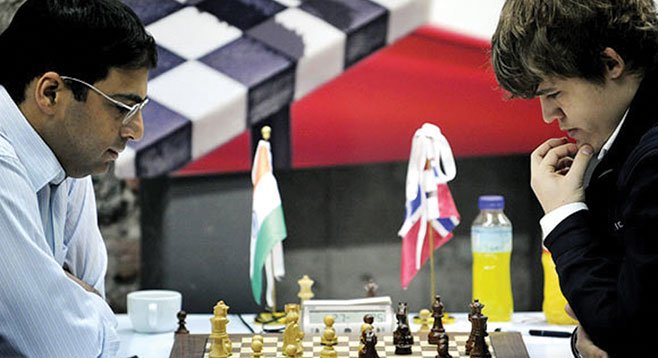 As of Monday, the World Chess Championship is even. There have been two quick draws. Defending his title is five-time world champion Viswanathan (Vishy) Anand, 43. The challenger is Magnus Carlsen, a 22-year-old Norwegian and the highest-rated player in chess history. The match is conducted at the Hyatt Regency in Chennai, India. Prize is $1.45 million for the winner, $1 million for the loser.

I’m talking to a friend who was once a serious chess player. He’d asked if I’d be interested in writing a column about the World Chess Championship. I suggested we talk about it over lunch. Follows is part of what he said.

“There’s an international sporting association called FIDE (World Chess Federation). Been around since the ’20s. It’s a big deal, millions of members, puts on a world championship, like a boxing championship.

“There’s a two-year cycle and a series of tournaments that lead up to what’s called a ‘candidates tournament.’ The winner goes on to play the world champion.

“Twenty years ago they played really long games. And they used to adjourn them. If the game didn’t finish at the end of the day you’d go home, come back the next morning and resume the game. But now, with computers, that’s impossible, because you can analyze the game you’re playing on a computer.

“It used to be a world-championship tournament had to go at least 20 games. And you had to win by at least 2 points, something like that. In the ’80s Kasparov and Karpov went 40-some rounds. Karpov was older and started to, basically, have a nervous breakdown. The FIDE chair ended the tournament. An unprecedented step.

“For scandal, chess is the worst sport in the world, bar none. You can go all the way back to the earliest champions, before FIDE existed. People had duels over games. In the 2006 world-championship match, Topalov’s [FIDE’s champion] manager, realizing his guy was losing, puts out a press release and says the opponent is cheating, the opponent is spending an unusual amount of time in the bathroom. ‘We found wires in the ceiling above our hotel room,’ and so on. They called it Toiletgate. Topalov lost anyway.”

I break in, ask, “Tell me about the current champion.” 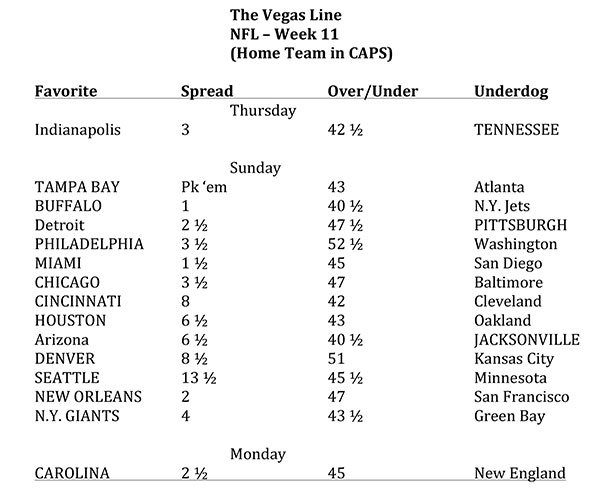 “Vishy Anand is of Brahmin descent, born in India. He came from a relatively modest family. He was a prodigy like a lot of these guys are. He reached a very high level as a teenager. He’s the first major chess player to come out of India.

“In 1995, he reached the world-championship level. He challenged Kasparov. Anand was in his early 20s and Kasparov was older. They played on the top floor of the Twin Towers in New York. That was 24 rounds. Anand lost that match. He continued to play at the very highest levels, number one or two in the world and finally won the world championship. [According to FIDE, Anand won world-championship matches in 2000, 2007, 2008, 2010, and 2012.]”

I ask, “This is the first time around for Magnus?”

“Magnus sat out of the last world championship. He said he didn’t like the way FIDE was doing it, wrote an open letter, like everybody does, listing all his grievances. He’s had the number-one rating for three or four years now. Anand is only number six in the world. Magnus is the overwhelming favorite because of his rating: he’s 2864 and Anon is 2760-something. Almost a 100-point rating difference.”

“That’s a lot.” Quiet creeps into the room. Then, “So much is preparation. All these guys work out while they’re training for the match. Probably half the time they’re studying chess, half the time they’re exercising. They all have full-time employees who comb through all the opponent’s games, come up with strategies. How are you going to open the game? How to get this guy, throw him off. Preparation is everything.

“Anand might still win even though his rating is lower. His calculation at the board is not as good, but if he comes in with better preparation he could win.”

I signal for the check, lean back and ask, “Do you think you could have gotten really good?”

“I could have gotten a lot better than I am. But, it’s really more — I hate to say it — genetic than anything else. A genius who never practices versus a dumb ass who does, the dumb ass is going to win. But, if they both practice, I hit a ceiling, the genius will hit a higher ceiling. That’s just the way it is. Not everybody can be a physicist.”

Interested readers can watch the world championship at chennai2013.fide.com.

Read Part One: Rumble at the Hyatt