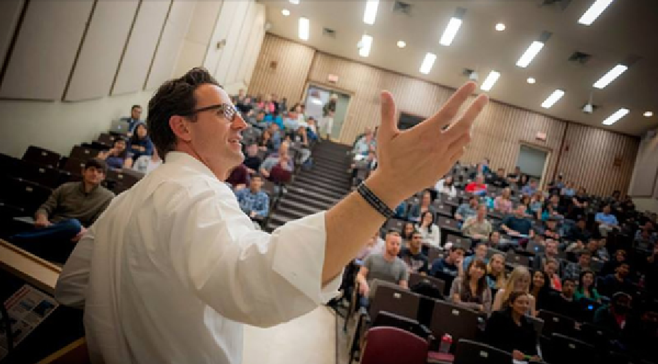 In San Diego's tight world of political influence, lobbyists and consultants never die — and they don't fade away that easily, either.

Case in point: Tom Shepard, who began his professional life as Roger Hedgecock's bright young political guru, only to cop a plea during the J. David Dominelli money-laundering scandal that toppled Hedgecock from his mayorship in 1985.

At first, Shepard maintained that the $350,000 his political-consulting outfit received from Dominelli during the Hedgecock campaign was merely an "investment" in the firm by Dominelli's sidekick and lover, Nancy Hoover.

But he eventually pleaded guilty to a misdemeanor money-laundering charge and was fined $1000 and ordered to do 200 hours of community service as part of three years' probation.

"I was aware that it was illegal for me, Nancy Hoover, or Jerry Dominelli to contribute the amount of money to Roger Hedgecock's campaign for mayor that was being supplied to Tom Shepard and Associates," Shepard said in a statement submitted to the court in April 1986.

Before that unpleasantness, however, Shepard found time to help out on Hedgecock's high-dollar campaign — bankrolled by hotel mogul Doug Manchester — for a new downtown convention center.

After a brief period in the political wilderness, Shepard resurfaced, having a role in everything from a controversial trash-to-energy plant that was never built to an effort by Los Angeles–based Southern California Edison to grab control of SDG&E.

He was the campaign mastermind behind Susan Golding, the Republican who married Jerry Brown Democrat Dick Silberman, only to divorce him after Silberman’s conviction following an FBI drug money-laundering sting.

Shepard also ran the campaign of Valerie Stallings, a councilwoman later forced to cop her own plea and quit the council in the John Moores Padres influence-peddling scandal.

Last year, Shepard was a key player in the failed mayoral bid of Republican-turned-independent Nathan Fletcher, and, after that didn't work out, ran Democrat Bob Filner's general election campaign against Carl DeMaio.

In the wake of Filner's victory, the consultant staged a January fundraiser for the new mayor at the downtown offices of his lobbying firm, Public Policy Strategies.

Shepard’s lobbying outfit counts among its clients San Diego Gas & Electric as well as Turner Construction, which according to a recent disclosure hired Shepard's firm to clear up any remaining obstacles at city hall to the construction of Qualcomm founder and billionaire Irwin Jacobs's controversial Balboa Park parking and traffic makeover.

Following Filner's fall from grace this past summer, Shepard's Public Policy staffers, including Phil Rath and Rachel Laing (former media handler for GOP mayor Jerry Sanders, another Shepard client), bailed out, and the venerable local consultant hasn't been seen or heard from much since.

But now, according to a campaign finance disclosure filed yesterday, Shepard is back with a vengeance, working for an independent expenditure committee backing one of his former clients called "Restoring Trust in San Diego - A Committee to Support Nathan Fletcher for Mayor 2013."

On October 18, Tom Shepard & Associates, the document shows, picked up $10,000 from the committee as payment for "consulting for mailer."

Consultants always go where the money is. These days, Shepard is too smart to do prison time himself (again) for missteps in a mayoral campaign. But maybe he has a soft spot for miscreants and their relatives. Or maybe it's just all about the money. Or maybe Shepard is bad luck.

Shepard's client list is interesting for its random malfeasance quotient.

This all can be most amusing and appalling at the same time. "Rogah" has consistently claimed that he knew nothing about the funds that Nancy Hoover pumped into his campaign. He just says that Shepard offered him the best deal for running the campaign, and that he did the rational thing, which was to say yes. If Hoover had been using her own money, rather than funds stolen from investors in the Dominelli Ponzi scheme, it might have never been detected and prosecuted.

But how Shepard can go back and forth across the political spectrum time after time and still retain some credibility, I cannot imagine. He's done business with some of the worst examples of what is wrong with local politics, yet the crap rolls off him as if he's covered in a hundred coats of Teflon, and he stays in business. He sells his soul to anyone or anything that will pay the fees.

Do notice that this bit of work pays him $10K, which is not much more than pocket change in this era. If Shepard were really pulling them in, they would shell out well into the six figures to hire him. That $10K is really pitiful for a hot shot consultant.