Faulconer claim not "flawed" — it's a blatant lie 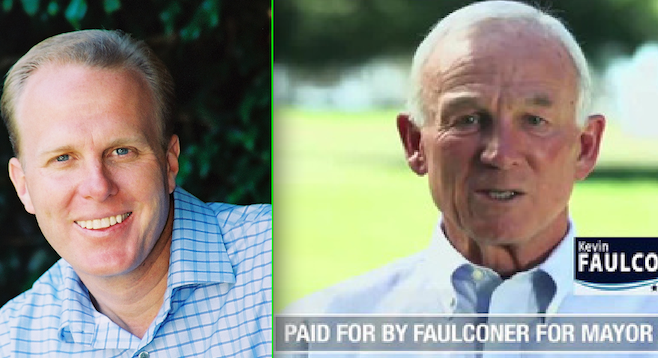 The U-T this morning ran a story stating that the main claims of the candidate it favors, Kevin Faulconer, is "flawed." Actually, that claim, hawked by former mayor Jerry Sanders, is not simply flawed. It is a bald-faced lie.

According to the U-T's story, Faulconer's most frequent boast is that he helped bring changes that "have yielded $1 billion in savings that can now be used for road repairs and neighborhood improvements."

Continues the U-T, "While the claim is true in a broad sense, it fails to provide needed context and leaves the incorrect impression that the money is ready to be spent right away. These savings are spread over three decades and have yet to be realized in the city budget. Additionally, there's no guarantee that the money saved will, in turn, be spent on streets or neighborhoods, especially given the city's shaky financial outlook." (Emphasis mine.)

I congratulate the U-T for partially clearing the air on this matter, but it should have done more than write one story placed in its second section.

Candidate Mike Aguirre, who has been bringing out the truth on the pension issue, is calling on Faulconer and Sanders to apologize for the blatantly false ad. Aguirre asks that a truthful ad be created and requests that the chamber of commerce hold debates on city finances. (An earlier chamber debate was canceled after Aguirre came out with pension facts.)

Jerry Sanders now heads the chamber of commerce. If you know someone who belongs to the chamber, ask if he/she believes the ad Sanders is putting out. And ask if Sanders is qualified to head the chamber.

Also, ask every candidate about San Diego's "shaky financial outlook," as described accurately by the U-T. If the outlook is so shaky, can the City afford building a convention-center expansion into a national glut or afford to subsidize a Chargers stadium?

Yet, a Voice of San Diego “Fact Check” somehow labeled Faulconer’s Billion-Dollar-Savings claim “Mostly True.” http://voiceofsandiego.org/2013/11/04/fact-check-pension-savings-for-neighborhoods/ In the same article, however, the VOSD “fact checker” labeled Fletcher’s similar Decreasing-Pension claim “Misleading.” Amazing. Maybe over there at Liberty Station the VOSD folks are spending too much time over at Stone Brewing. Anyway, I will go with Mike Aguirre’s assessment: Faulconer is “materially misleading.”

Brian: If the Voice wants to stand by its opinions, it is welcome to do so. The fact is that the ad is a blatant falsehood. What's really disquieting is that Faulconer and Sanders may not fully understand that.

The U-T must have been under pressure to print that story. I will bet it was written and rewritten several times. I certainly hope that members of the chamber understand the situation. Best, Don Bauder

Mike should be leading because his message (warning) directly affects residents (voters). But few have the balls to vote for the best guy. Most settle for 'this guy will do and can win.' Nothing new.

Steven Erie, Vladimir Kogan, Scott MacKenzie covered all this in the easy to understand as you cry Paradise Plundered. And Don already covered them... Maybe this should be required reading before anyone gets a ballot to vote in future local elections? 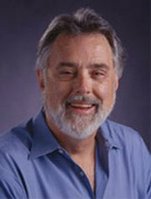 Steve Erie is my hero. by Emory_Kendrick

In this election, San Diegans are being fed a bunch of hooey about the City's financial status. Three of the candidates no doubt figured that in such a short election cycle, voters would not have time to check the validity of statements. Mike Aguirre had the sense to bring out the truth.

The Union-Tribune has said the City has a "shaky financial outlook," and that is true. Now it is up to that newspaper to back away from its fatuous stands, such as building a convention center expansion into a horrible national glut (San Diego is already cutting its prices 50%), and building a stadium for the Chargers, owned by a billionaire family. Best, Don Bauder

Don - I think our candidates count on voters to be too busy to look into anything. My neighbors are dealing with a $250/month rental increase to take effect Jan 1. The only reason they voted was because I pressured them to (don't know which candidate - not my place to tell anyone who to vote for). When you have to think about rent and food, you fall prey to misinformation. They are college educated, one with a Ph.D who got laid off from a place that makes drones. No need to give them free publicity here. But both are smart enough to know NOT ONE of the candidates is going to advocate for rent control or say $250/month is excessive.

Emory_Kendrick: Some voters are too busy. Others are ignorant, greatly because of all the connections among the San Diego media. Generally, only one story gets out.

The Sanders ad for Faulconer is not just a lie -- it is a dangerous lie. Actually, Faulconer intends to BORROW $900 million. The question should be whether San Diego can afford borrowings this large. Best, Don Bauder

Just vote for a Democrat.

The UT carried an article saying that Faulkner did not save any billion.

I agree with Emory about Paradise Plundered will repeat. Steve Erie autographed two copies for me.

Last night Aguirre was calling BS on several assertions by his opponents. Fletcher was warned that the City Employee Unions and developers would want favors for campaign contributions. Fletcher wss also advised that he was a newbie Democrat.

I am probably voting for Aguirre. Alvarez is too young. Fletcher wants to "reach across the aisle" and think of new ideas. I'm waiting..... Nice fellow, though.

Diogenes: The city employee unions are probably threatening any candidate that even suggests there has to be pension reform. Best, Don Bauder

With a 3-year age spread, why is 33 "too young" (Alvarez) but 35 (Todd Gloria) or 36 (Nathan Fletcher) "old enough"? Thomas Jefferson was 33 when he penned the Declaration of Independence. Was he too young to be taken seriously? Calendar age is not an accurate indicator of the maturity of anyone - was anyone claiming that, when he ran for mayor of SD in 2011, Nathan Fletcher was "too young" at 34? Was Fletcher "too young" when he was first elected to the Ca Assembly at 32? Was David Alvarez "too young" when elected to City Council at age 29? Using someone's age as an important criterion for fitness for higher office is a false equivalence.

Diogenes- Alvarez will cave in to the pressures of the overlords - Fletcher already has. Only Aguirre left - especially if you like his verisimilitude.

I've listened to Alvarez in two debates. He doesn't seem to be tough enough to face down the Good 'ole Boys Downtown.

Diogenes: That's my worry -- Alvarez will cave in to the plutocrats. Best, Don Bauder

shirleyberan: I agree: the only candidate who won't cave to the overlords is Aguirre. Best, Don Bauder

Announcing a pact between Aguirre and Alvarez to cooperate after the election would bolster both candidates at no risk to either. Voters I talk to think one too radical and burdened with baggage, the other unknown and untested, so they go with the devil they know, Fletcher. Everybody thinks he's a nice guy, which seems to have some value. The last mayor was not a "nice guy" so maybe that's the key to political success. Alvarez is getting spoiler support from the Faulconisti. Like the last mayor, Alvarez can expect that support to turn on him if it overshoots and he accidentally gets elected. The plutocracy can pay for its mistakes with taxpayer money. Free elections like this one are expensive, but it's only tax dollars, not their money. The mayor's office is a fumble, so teamwork between the candidates is critical, since they can't count on help from a leaderless, sheepish Democratic base.

rehftmann: I don't know what kind of a pact Aguirre and Alvarez would have. What would such a pact accomplish? Would they agree to cooperate should one of them win? Best, Don Bauder

I'm over the fictional poll "statistics".

shirleyberan: Watch out for certain polls appearing in biased media. They will be trying to create a bandwagon effect through dubious polls. Best, Don Bauder

Don: The Manchester U-T managed to disprove that theory in the last mayoral election by showing that DeMaio had a double-digit lead over Filner. If Aguirre could just somehow pull the greatest upset of all...

aardvark: Yes, that ploy/poll really should have been investigated. Whoever did the poll should have been put under the lights and asked just how the poll was constructed, and whether the client, the U-T, indicated in advance what result was desired. Best, Don Bauder

Crazy Sanders, still selling the Kool-aid. I think these two are related.

Ponzi: I would love to know how the Faulconer staff and Sanders decided to go ahead with this ad. Did it occur to them that somebody would point out that it was a blatant falsehood? Did they never dream that the U-T would point the finger?

I would also love to know what happened behind the scenes at the U-T in deciding to run the story. I do not believe that it was a sudden streak of honesty. There was pressure from somewhere. Best, Don Bauder

I was amazed to see that KNSD & VOD did a piece on Friday indicating that the add with Faulconer and Sanders was "mostly true" and gave it a thumbs up?

jrdad: Nothing amazing about that. It's quintessential San Diego. Best, Don Bauder

Don: Long a go in land now forgotten there were people that worked in the "news media" and their job was to report the truth to the masses. Why are all of the "news media" now just personalities with nothing to worry about other than ratings and who's going to pay the most for their time?? If you ask me someone needs to be accountable to the people or is it better to leave them ignorant just in case they wake up.

jrdad: The biggest thing the people in the local news media have to worry about is pleasing their bosses. And their bosses -- some of whom have no experience in serious media -- have formal and informal news-sharing relationships among each other. So in most cases, one story gets out to San Diegans. This would make a good PhD dissertation. Best, Don Bauder

Don: Agreed.They no longer serve the general population. Time for a change. PhD dissertation would be a great starting point - anyone interested?? jrdad