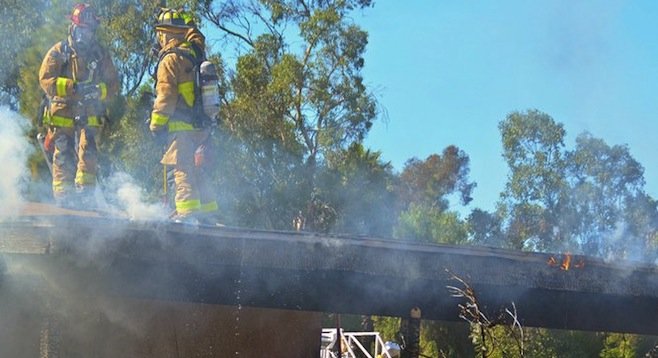 A fire broke out on Wednesday, November 6, at approximately 1:00 p.m. at a residence near the intersection of Castana and Escuela streets in Lincoln Park.

Neighbors watched helplessly as firefighters worked from all sides to combat the blaze that consumed the house. Chopping through the roof and hosing down the flames, they were able to contain the fire before it burned the house completely.

No one was injured. It is suspected the fire may have started due to faulty electrical wires. At least six fire engines were on the scene.