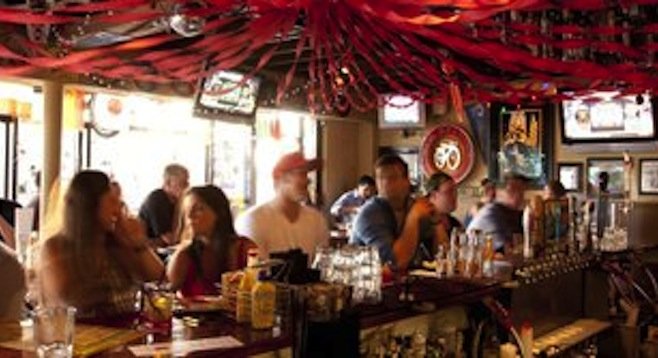 Ballast Point Tap Takeover: For years, The High Dive has been standout Ballast Point Brewing & Spirits’ best, most loyal account. Now, it’s time for payback in the form of specialty beers that will flow from every one of this “upscale dive’s” taps. | The High Dive, 1801 Morena Boulevard, Bay Park, 9 a.m.

Avery Rare Bottle and Draft Night: Though a simple witbier is Avery Brewing Company’s most famous beer, its portfolio includes all sorts of barrel-aged, bug-bitten, wine-tinged wonders, many of which will be available for one rare and enchanted evening. | Churchill’s Pub & Grille, 887 West San Marcos Boulevard, San Marcos, 4 p.m.

Tyson’s Big Ass Barrel Aged Beer Blowout: Barrel-aged beers take time and money to produce and, therefore, tend to be small-batch and hard to come by. Thankfully, the crew at O’Brien’s Pub are hoarders and, therefore, have a great, woody stash to pull from. | O’Brien’s Pub, 4646 Convoy Street, Kearny Mesa, 5 p.m.

Note: All of the events above can be found on the official San Diego Beer Week site.