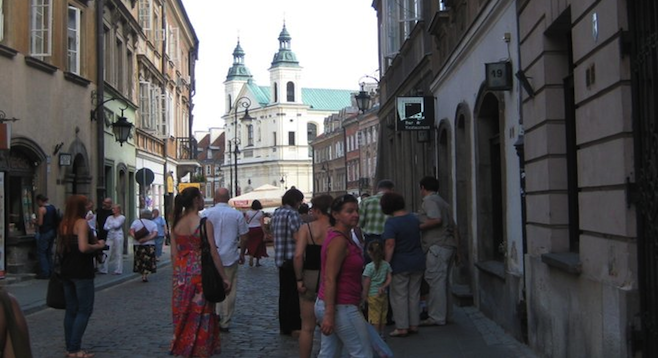 Varsav (Warsaw) is a large, booming city full of treasures. 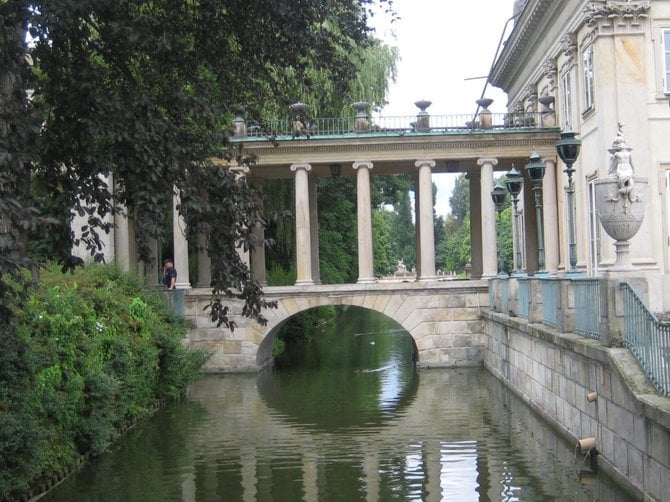 The Royal Łazienki Park offers palaces, gardens, lakes and forests in a less intimidating, family-friendlier format than Versailles. Animals in the park include peacocks, squirrels, field mice, ducks, geese and many other types of birds. They’re on the lookout for handouts, and thus friendly to visitors. The carp in the waterways are 3'+. 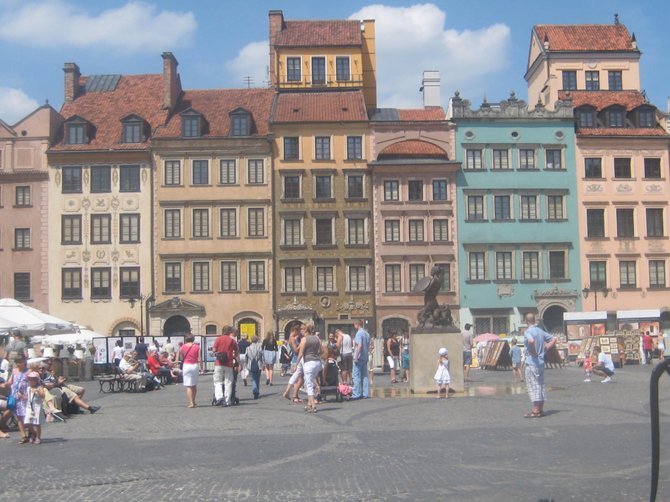 There’s also a beautiful Stare Miasto (Old Town), where churches, basilicas and the Royal Palace – overflowing with works of art – and many other structures and monuments dating as far back as the 14th century have been beautifully and accurately restored. I say restored, because when the Jews and other Polish in Warsaw resisted systemic murder by the Nazis, an enraged Hitler ordered that Warsaw be “wiped off the map.” The central city was destroyed, and almost all of its citizens died. What a terrible destructive monster Hitler was. 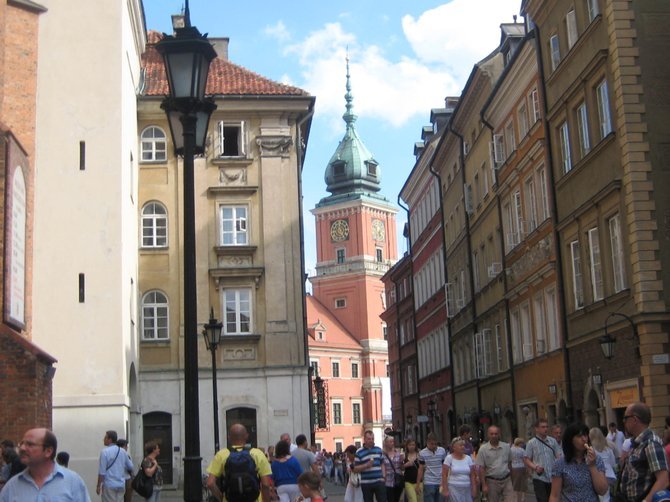 The extensive and expensive restoration was made possible by donations from Poles all over the world, the return of artwork taken during German occupation or successfully hidden by the people of Warsaw, and also some funding and artwork provided by the Communist party and Russia during their control of Poland. The quality of restoration of Warsaw’s Old Town resulted in its addition to the UNESCO World Heritage List, and is a source of national pride.

I've found that the Polish are polite, friendly, lively and industrious. Their main fault is that too many of them smoke cigarettes. (Paris is worse.) So far, people seem more stylish and individualistic than in Paris. Part of that may be Paris’s higher percent of tourists.

Poland is not as English-accessible as Paris is. I’m learning basic Polish words: dziękuje (jenkuye) = thank you; dziendobry (gin dobrih) = hello; prosze = please; lodu = ice; więcej (vienchay) = more; dobre = good; bardzo = very; oba = both; Co nowego? (tso novego) = How's it going? I bought a pocket Polish-English dictionary, but returned it because it did not include the pronunciation of Polish words, making it almost useless.

About the world’s Polish people: there are more Polish in Chicago than anywhere outside of Poland, but there are Polish people living all over the world, and many like to revisit their homeland.

On our flight from Paris, we met a Polish lady who had moved to Paris with her French husband. But she kept her Krakow apartment, so she can return for a visit whenever she pleases. The same is true with the Polish family from Australia we met on our train ride to Warsaw. And the Polish-Canadian women we met in our Warsaw hotel said they visit Poland every five years or so. 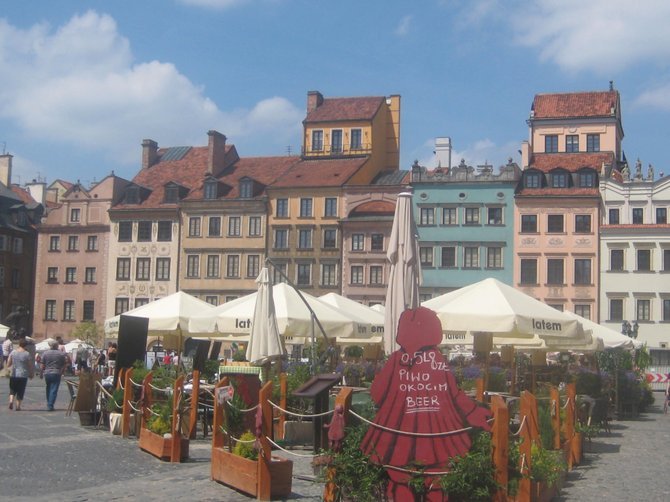 While in Warsaw’s Old Town, at a secondary square with picnic tables surrounded by booths offering down-home Polish food, locally crafted beer and souvenirs, I met a family wearing hats with the Brazilian flag. I engaged them in Spanish, and they replied in Portuguese. We were doing ok until I introduced them to Halina, who asked if they could speak Polish.

Of course they can speak Polish! They were just a Polish family that happened to be living in Brazil.