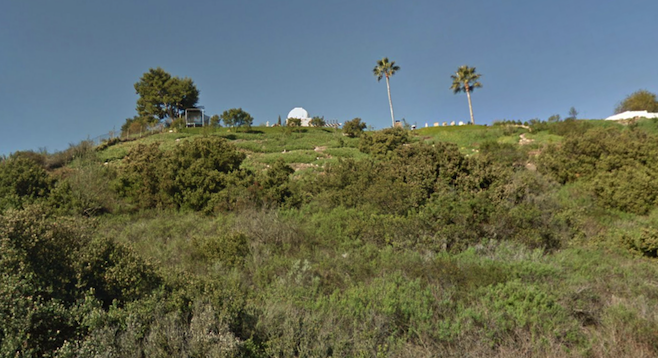 I grew up in the University City area. I’m a grownup now, but I still go back up Regents and then up Pennant Way from time to time to visit Mom when she makes her tamales. On my last visit I noticed a mini observatory up on the hill at those two cross streets. It looks just like the Palomar Observatory. Is that some rich guy’s eccentric toy or a legit research facility?

John Bassler is neither rich nor eccentric...but he does have a pretty sweet observatory right in his University City backyard. As for how he came by it, well, it had almost nothing to do with staring longingly at the stars and wishing there were some way to get a better look at the mysteries of the night sky. Bassler works with Coldwell-Banker and he got the observatory, in working condition and complete with one of the more powerful telescopes in SD County, as the product of a real estate deal gone quirky. At the time, he thought, What am I going to do with this? He tried passing it off to some universities, but all the local schools that might be interested already have their own observatories. During a collegiate astronomy class, Bassler had spent a few nights in an observatory. He got to thinking about his situation. It took a little engineering, but he managed to get the observatory installed behind his house in such a way that it doesn’t rattle and shake when trucks pass by on the nearby roads. The vibrations would throw off the focus of the sensitive telescope. Over time, he’s come to like having it in his yard, even having a little get-together every year for friends to partake in an evening of stargazing.