From “A Catechism on Christian Doctrine” 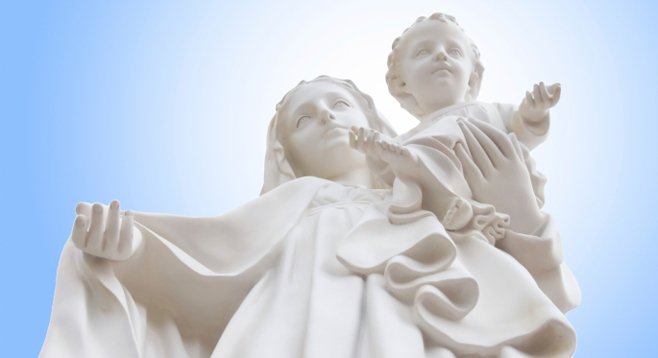 Why is the Ave Maria used so often to be said for a prayer seeing there is no petition in it? Whosoever hath any suit or request that he would gladly obtain of a prince, magistrate or his superior, he will use often words that will please and delight the mind of him that his suit is to; that thereby his mind may be moved with affection and made attentive to hear the suitor, and grant his request. So all Christian people are suitors to God and ought to make suit and request for mercy, grace and godly help to attain and come to eternal glory. And forthwith our blessed Lady was pre-elected and chosen of God before all other creatures to be the Mother of Christ, both God and man, and of that glorious Virgin, Christ took his manhood, wherewith he redeemed us. Therefore it is expedient to desire the said Mother of God to pray for us, that by her intercession we may the better obtain our suit of God. — from “A Catechism on Christian Doctrine” by Laurence Vaux 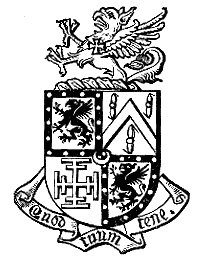 Laurence Vaux (1519–1585) was a priest and canon during the English Reformation who fled England during the persecution. While in hiding, Vaux completed his only published work, “A Catechism on Christian Doctrine,” excerpted above, which served as a touchstone for Catholics in the English Reformation seeking to retain their faith. His crest (pictured) appeared on the work’s title page. Sent on a mission in 1580 by the pope to help Catholics maintain the faith in England, Vaux was eventually captured and imprisoned by Elizabeth I, dying there a martyr’s death five years later.