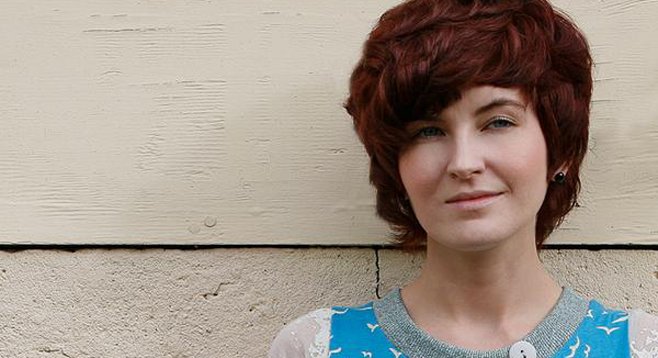 Patric Petrie’s release party for Pocket Venus happens May 31 at the Mingei Museum in Balboa Park. “Pocket Venus refers to a woman who is petite in height, yet voluptuous and curvy at the same time,” says the Skelpin fiddler. “I’m maybe five-feet-two on a good day, and supposedly did not make the cut for Celtic women because I was too short.”

Miss Erika Davies will debut her Part the Sea album and video on June 3 at the Old Town Theatre. “I’ll also have a never-before-available CD single called ‘A Duet of Hits,’ recorded with Stephen Rey,” says Davies, who’ll be performing duets with Rey and Gayle Skidmore. The show will be opened by Jessica Annette of locals Cathedral X. Says Davies, “She will dance and perform to a flipped-backwards, pitch-altered, tempo-slowed, and remixed version of my album.”

At the June 20 release party at Soda Bar for the new Bart Mendoza and True Stories CD (mostly recorded by producer Alan Sanderson at Analog Chew), “The show will also have a one-off reunion set from Static Halo, their first show since 2008, plus Los Angeles resident Adam Marsland, who among other things was in the reformed Standells.”

Safety Orange will premiere their third full-length, State of Where I Am, on June 22 at the El Cajon Grand. “Me and Greg [Karlo, guitarist] used to play in a Cure tribute band together, so, of course, we’ll be doing a Cure cover,” says singer/bassist Sol Turpin.

Nice World (Marcelo Radulovich, James Call, Myself and a few other assorted musicians) released "Teenagers In Love" which is a really hot dance album that's climbing the charts. It's so infectious that you'll want to punch puppies. http://niceworld.bandcamp.com/album/teenagers-in-love

Thanks, Jay for the show mention! Wanted to clarify that there is only one show, and it's from 11:30am to 1:30pm. -Scott Samuels

A couple more we had no space for - Chris Leyva (Blizzard) has a new solo full-length, Summer of Life, recorded in Ocean Beach. “For me, OB is about new friends, old friends, and late night bar conversations at places like Pac Shores and Tony’s," says Leyva. "I did write a tune specifically about the gorgeous bartender there, she’s only there on Mondays...but, yes, eighty percent of the album has the OB feeling.”

Also, Ogd_S(11) Translation Has Failed's new full-length, New Encinitas, is a collaborative project with PHX-based the Scorpion Decides, produced by Shadowfigure, mixed by Nathan Hubbard and Rufino Rodriguez, and recorded in part in San Diego at Singing Serpent and Floating Lights Studio.