The temples of Nara 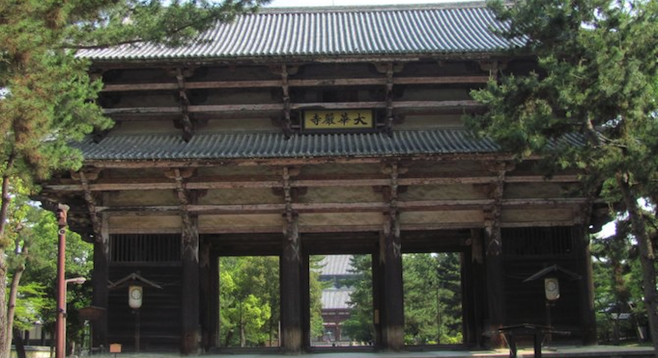 In its history as a unified nation, Japan has had three major capitals. Tokyo (the modern capital) and Kyoto (the longest-serving capital) garner most of the international visitors. Tokyo draws those who want to see the bustling, modern Japan, while Kyoto is the nation’s spiritual and cultural heart. Both are relatively large cities and can be overwhelmed with tourists.

Nara, the third and most ancient of these capital cities, is less visited by foreign travelers, surrounded by tranquil parkland and almost as beautiful and historic as Kyoto – in this writer’s opinion, at least. 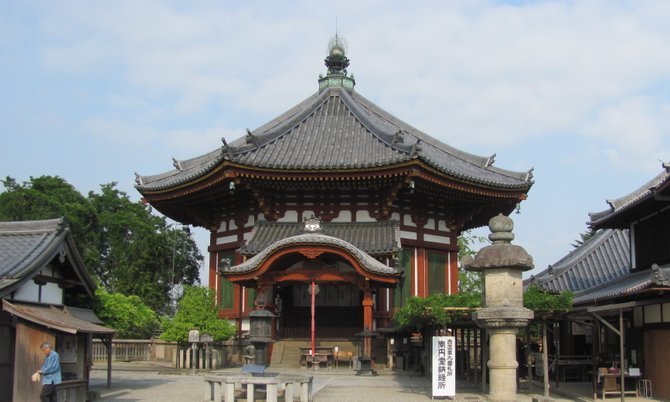 Nara was the capital of the newly politically unified nation of Japan from 710 until 784 A.D. In that brief time, a series of fantastic temples and palaces were built throughout the city. Once the capital moved to Kyoto, Nara became a backwater small town that served to preserve not only the temples and palaces but the intervening land from wide-scale development, making it one of the best places in Japan to commune with nature.

Nara can be accessed by either JR or Kintetsu rail lines from Osaka or Kyoto. The Kintetsu railway is the most convenient; you’ll arrive in the heart of the city a few blocks from the major tourist sights. 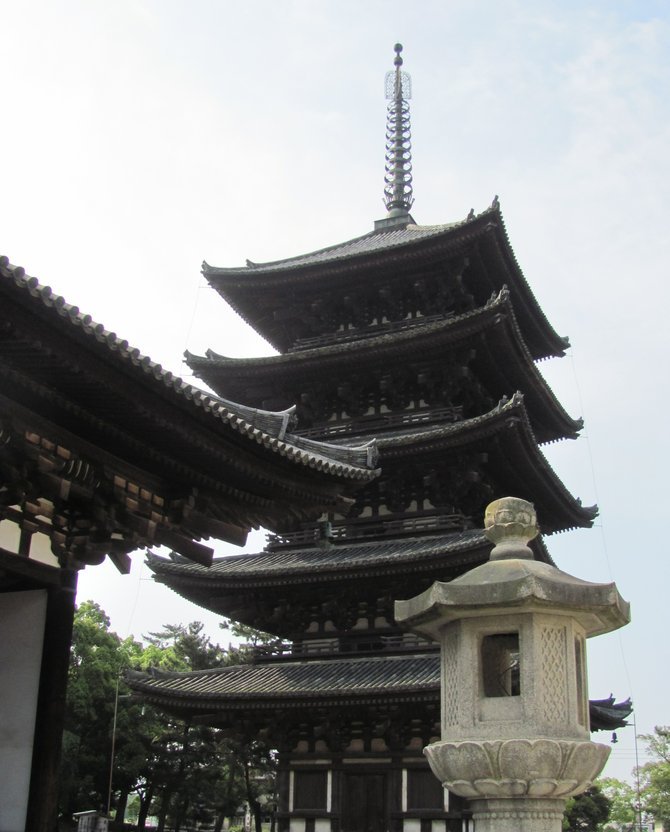 As you leave the train station, head east for Nara Kōen (Nara Park), where the most magnificent temples are located.

The first major temple you come to is the sprawling Kōfuku-ji complex. This temple, established in 669 A.D., is the largest temple complex in the inner city and has Japan’s second-largest pagoda rising up over 160 feet. The grounds of Kōfuku-ji are free to visit, but there is a charge for entry into the Golden Hall and the National Treasure Museum, which contains much of the great artwork from this temple complex.

After leaving Kōfuku-ji, continue east to Nara Kōen, a large city park that encompasses and preserves many of Nara’s greatest cultural sights.

The park is home to a herd of semi-domesticated sika deer that are considered sacred by local tradition. Roaming vendors will sell deer crackers if you wish to feed them. However, the deer have become quite accustomed to being fed and can be quite aggressive, so beware if you’re picnicking in Nara Kōen – some of the braver deer may wish to invite themselves to the feast. 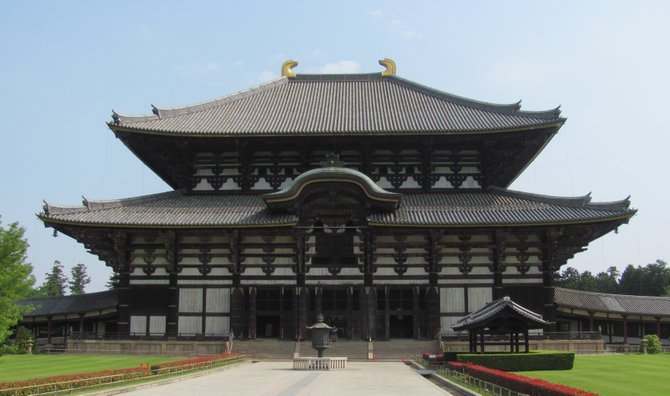 As you head north through the park you come to Nara’s greatest sight, the Daibutsu. Housed in Tōdai-ji temple complex in the Daibutsu-den (Great Buddha Hall) is an awe-inspiring 65-foot-high bronze Buddha, the largest of its kind in the world.

The temple complex was established in 728, with work on the Daibutsu and the Great Hall begun in 743. The Great Hall is one of the largest in Japan, and its magnitude has to be seen in person to give it due justice. 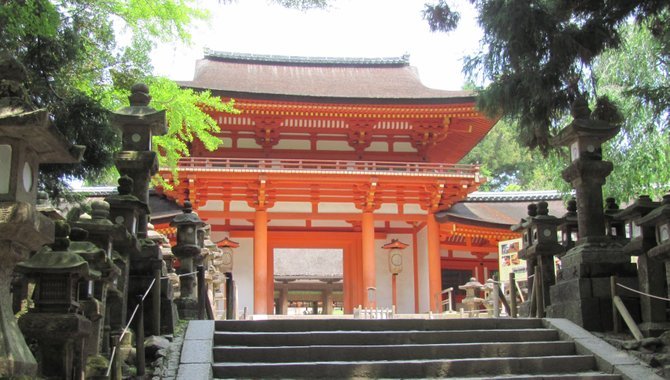 This 768 A.D. Shinto shrine is less expansive than other Nara temple complexes, but is unique in the fact it is still a very active local religious center.

As you visit, you’ll see a steady stream of locals in traditional dress along with monks and nuns from the temple’s monastery involved in traditional ceremonies. If you’re lucky, you may be able to witness a colorful Japanese wedding procession.

The temple is also known for its over 3,000 stone and bronze lamps, of which a subset are lit every night.

Nara is an easy 45-minute train ride from either Osaka or Kyoto. No visit to this region of Japan could be considered complete without devoting a day or two to this most ancient Japanese city.