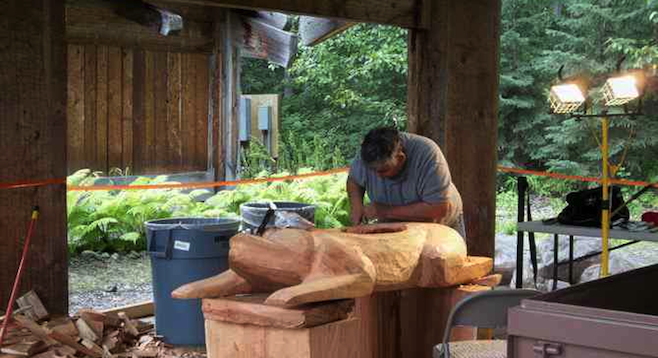 It was my second day in Anchorage and I was lost. Winding along side streets in a residential neighborhood, trying to find my way back to the main highway, I noticed a vehicle with a rotating red light behind me.

My heart sank. I knew immediately I had rolled through a stop sign.

”License and registration, please. Do you know why I stopped you?”

“I apologize, officer. I was somewhat clumsily trying to find my way back to the highway. This is my second day here in Alaska and I’m lost.”

The officer studied my license. “Wow, you’re from California! ’Scuse me a second.”

“I have three requests to make of you. First, be a little more careful of the stop signs around here. Second, spend plenty of money while you’re here. Then, when you get back home, tell everyone what a magnificent place this is.”

He shook my hand and left. Today was my lucky day.

I came through on his first request, stumbled somewhat on the second (thanks to Servas), and – if you’re reading this – well, here’s the third.

Gateway to the vast Alaskan wilderness, Anchorage is a manageable city with a downtown on a human scale: compact, walkable and lacking the skyscrapers that characterize so many American cities. Biking and hiking trails snake around the metropolis. Brushes with wildlife are among the daily experiences of its citizens.

“When a moose wanders through the neighborhood, you just stay out of its way and walk on the other side of the road,” said Marta, my Servas host.

I looked out her window and imagined one of the creatures rummaging through a garbage can at the edge of her driveway.

Granted, when you go to Alaska, your best plan is to get out as soon as you can to the spectacular wilderness that beckons just outside the city. However, a day or two in Anchorage can be a worthwhile experience in its own right. 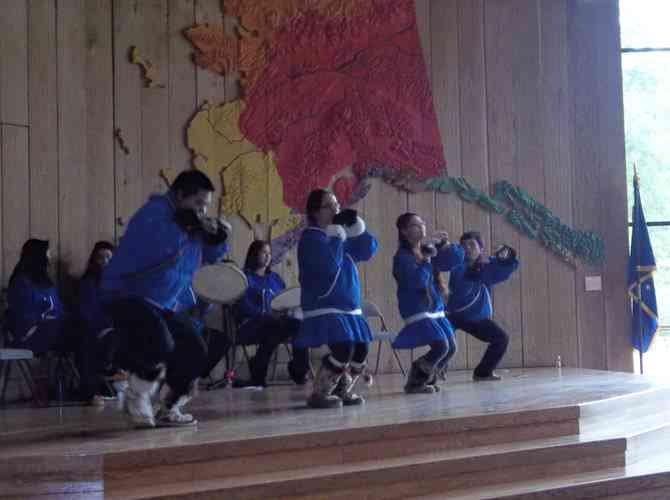 The Alaska Native Heritage Center introduces the visitor to the various native cultures that inhabit Alaska. I watched a demonstration of games played by native tribal kids in the Arctic during the long winter season. There were several variations of a game involving kicking a ball hanging on a string, something like a tether ball. Traditional dances followed. 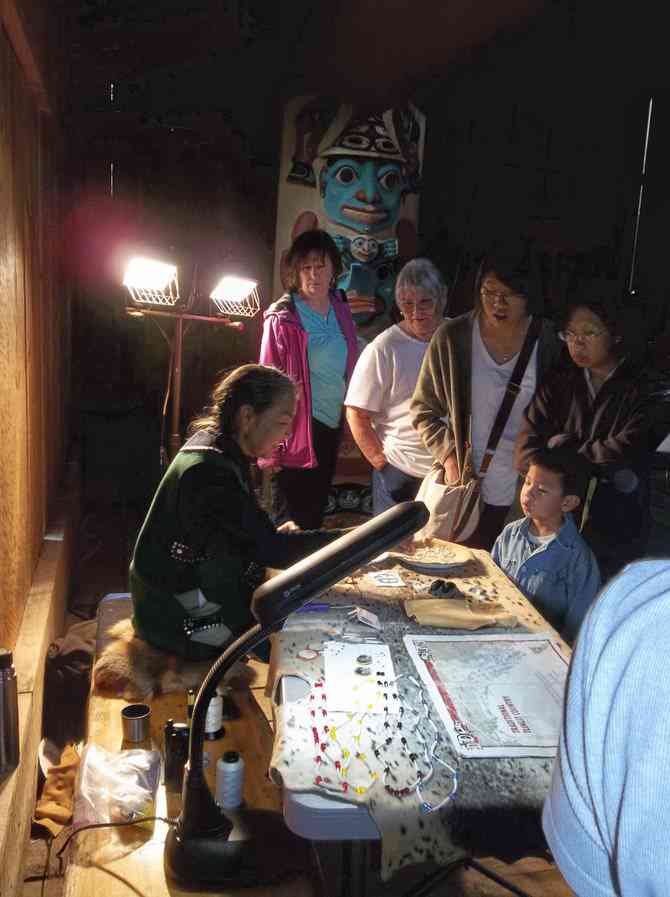 The Heritage Center also allows you to watch native artists pursuing a variety of crafts. There are indigenous dwellings and structures, even a grey whale skeleton. Sled dog rides are available, led by a former Iditarod champion. These all combine to add another dimension to your understanding and appreciation of the Alaskan experience.

The Anchorage Museum features additional information, artifacts and artwork of the various indigenous Alaskan tribes. There’s striking artwork depicting the northern wilderness experience. It may inspire you to head for the mountains, but not without a cautionary tale or two.

Perhaps the most eerie and memorable element of the museum for me were the photos of doomed climbers posing before heading on an ill-fated trek up McKinley. 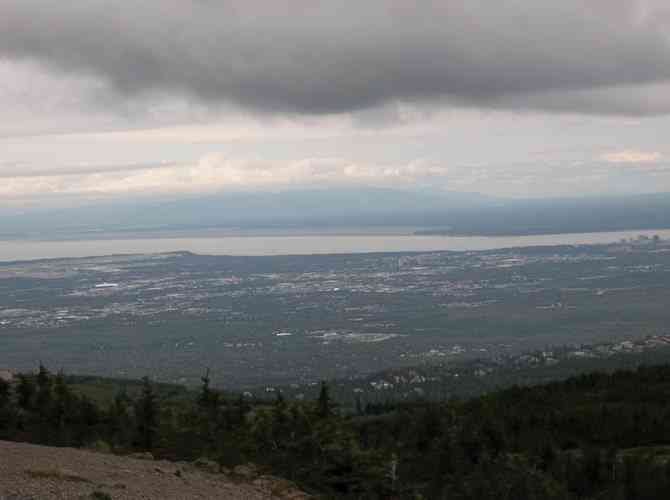 The best view in Anchorage is from the top of Flattop Mountain.

For a spectacular panoramic view of Anchorage and the surrounding area, hike up Flattop Mountain, located in Chugach State Park just east of the city. It’s a fairly easy hike for most people and can be done round trip in under two hours. It’s best to take your time, though, to savor the view that’s especially memorable at sunset.

When you return home, you can tell folks back home that you climbed a mountain in Alaska. It may also whet your appetite for more challenging hiking endeavors outside of the city.

While in Anchorage, I stayed with Marta, a teacher originally from Florida who found a new home in Alaska. Like so many Alaskans transplanted from the lower 48, she’s a hardy sort, having taught out in the bush, and quite proud of the beauty of her adopted home.

Everyone I met in Anchorage seemed down to earth and friendly – including the policeman. I didn’t see any bears or moose wandering through the neighborhoods while I was there, but I did see enough to whet my appetite for the wilderness.

Just one road leads out of town. Head north to Denali or south to Kenai.

Make your choice and go.

Agree very much with this story on wonderful Anchorage but I will say that the hardy souls who call this city home may not fare too well with being considered good-looking.

Travel + Leisure magazine, in its annual America's Favorite Cities survey does not mince words: "Instead of wearing clothing with classic lines in colors that match, they wear tight-fitting tops that show off rolls of fat.!" Yuck. The men wear lots of flannel. Yuck again.

Too funny, I was just in Anchorage last weekend. I missed out on the Heritage Center, but went to Flattop even though it was covered in snow.