For want of some mail 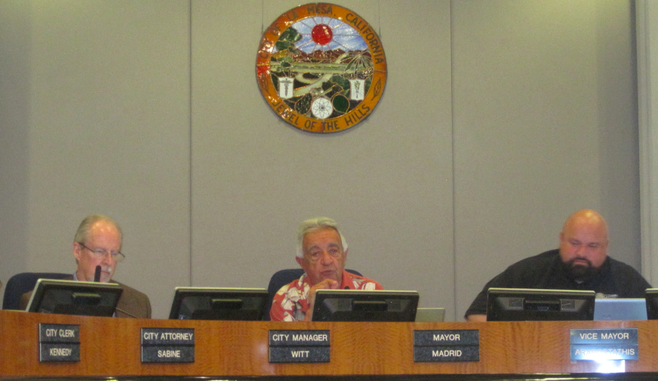 The 48 protest letters from property owners fell short of the 6451-majority needed to block the sewer-rate increase that the La Mesa City Council approved unanimously on May 14.

Provisions in Proposition 218, which voters passed in 1996, stipulated that utility-rate increases could be stopped by written protests from a majority of property owners.

Some protest letters and speakers at the hearing objected to a 2012 billing change that replaced bimonthly statements with an annual charge on the property-tax bill.

The approximately 30 people at the May 14 hearing included four Boy Scouts from Troop 359 in Spring Valley. Scoutmaster Tim O'Reilly explained that attending a meeting was part of a merit-badge requirement.

Councilwoman Ruth Sterling said she opposed increases in 2012 because the billing change could result in "up to $300 extra on the tax bill" and "residents in La Mesa could just take so much."

Public Works director Gregory Humora said expenditures include the 44 percent of the sewer fund paid annually to the City of San Diego for waste treatment.

Humora said city staff was negotiating the penalty for the spill caused during a "storm event." He also referenced a City of San Diego plan to allow two plants to purify wastewater for use as tap water, a process opponents call "toilet-to-tap."

Joe Mehuron was among the four residents who spoke. He didn't object to the increase but wanted each person charged the same amount for sewer usage. Mehuron also offered a recommendation about the penalty: "Tell them to go screw themselves; it was an act of God," he said. His remark produced laughter from the audience and glances to check the scouts' reactions.

Scott McMillan spoke about the "wallop when the tax bill comes" and advised the council to consider taking recycled water from the North City plant, "put it into Lake Murray and start drinking it."

When a man asked if he meant "toilet-to-tap," McMillan replied, "Give me a bottle; I'll drink it."

In an interview, Boy Scout Sam Elders said, "I thought a lot of what was discussed was covered in school." The student at Lemon Grove Academy for the Sciences and Humanities said classmates learned about the toilet-to-tap water process and then voted about whether they supported it. "Half voted 'no,’ half voted 'yes,'" he said.