What 4th&B will be 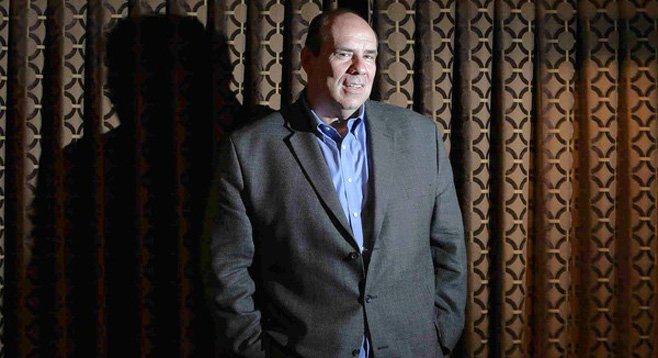 John Lyons, one of the owners of the venue who will take over 4th&B, has an unusual challenge. He will be competing for business with the nearby House of Blues, a chain he cofounded with Dan Aykroyd and two others 21 years ago.

Lyons has teamed up with longtime local EDM impresario David Dean to create the new venue, Avalon. Lyons says Avalon will host electronic dance music shows, concerts, special events, and movie shoots. The 1500-capacity venue is named after Avalon Hollywood, the 76-year-old venue that Lyons has co-owned since 2002; that was where the Beatles played their first West Coast show. When it was known as the Hollywood Palace, it hosted a ’60s ABC-TV variety show of the same name. It is now one of the premier EDM venues in L.A.

Lyons will be installing his own sound and light systems at Avalon, something he says he has done at over 300 locations. John Lyons Systems has installed high-end audio and light systems for Mandalay Bay, Mirage, and the Venetian hotels in Las Vegas.

The business partners did not disclose all their plans, such as the motifs that will define Avalon or whether the old stadium-style seating would be removed. “It will be sensibly elegant, not gimmicky,” says Lyons. “In a lot of cases, some designer talks [nightclub owners] into something that is interesting at the moment but goofy in two months. There are certain immutable laws of nightclub design, including the quality of circulating air. It can’t smell like a beer hall. Plus, you can never be static. A nightclub experience must be ever-changing.” 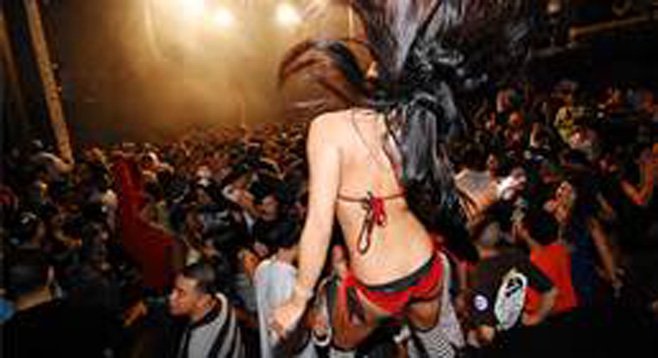 Avalon Hollywood, one of L.A.’s premier EDM clubs, has a rich history.

But what about that Big Box thing? “We look at that as an amazing asset, to have that kind of room to really develop something unique,” says Dean. “There are no columns or low ceilings to deal with that you find at most other venues.” Lyons says he has developed around 50 nightclubs over his 35 years in the business, and Dean’s track record of hosting heavy-hitter DJs, such as Paul Oakenfold and John Digweed, at EDM havens for the past 25 years in London, San Francisco, L.A., and San Diego, will help them come up with the right formula.

Neither Lyons nor Dean would commit to an opening date. “We are moving as fast as we can,” says Lyons. “We would love to see it happen this fall.”

Regarding live shows, the two said they will welcome all outside promoters and that no decision has been made as to whether there would be an in-house talent-buyer.

Lyons says he has experienced firsthand how many nightclub owners lost their way. “I never took up drinking, so I didn’t have to find a way to stop.... The worst is a nightclub owner’s arrogance. It is not a license to be mean to people.”

One of the clubs Lyons operated was Boston punk club Spit. “We were with the Ramones from start to finish. We would have them, like, three or four times a year. We did the last Ramones show ever. It was two days before Joey died.”

The two have applied to the state Department of Alcoholic Beverage Control to import a so-called 48 license to Avalon, which (like 4th&B before) allows it to have a full liquor license with no commitment to sell food. The House of Blues, on the other hand, must have half of its sales in food.

“San Diego can definitely support another EDM venue,” says FLUXX GM James Thorp. “We love seeing downtown San Diego continue to grow and bring more people into the Gaslamp. It benefits everyone.” Thorp says FLUXX would not do anything differently once Avalon opens. “Some of the main factors that contribute to FLUXX’s success with EDM nights is the level of talent we book and the setup and size of our venue. At FLUXX, you can have an up-close-and-personal interaction with the DJ.”

I found a cool site on the Avalon Hollywood's history: https://sites.google.com/site/hollywoodtheatres/avalon

I'd quibble with the assertion that there's plenty of room for more EDM at local venues, but it's Lyons' OTHER plans for the old 4th & B building that I find promising. That "big box" interior and its vista-like line of sight will be perfect for multimedia and filmed events. Lyons was one of the guys behind the original Minneapolis club Uncle Sam's, which (after becoming First Avenue) was the local used for much of Prince's Purple Rain movie.

Plain old rock concerts would be welcome as well, especially with the promised new sound and lighting system and -- finally -- breathable air. Remember, there was a time when downtown was running concerts several times each week, at multiple venues like the California Theater, the Fox Theater, Spreckels, the Civic Theatre, Golden Hall, in Balboa Park, and at smaller niche clubs south of Broadway that brought in big acts like the original Soma, the Skeleton Club, etc.