New nanobrewery set to blast off this spring 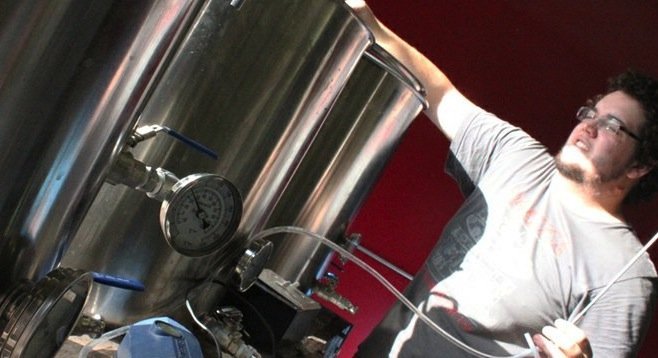 When Arizona State collegian Alex Van Horne was discovering craft beer at Tempe’s Four Peaks Brewery, he had no idea of the prevalence of artisanal suds and the companies that produce them back home in San Diego. It wasn’t until he graduated and moved back that he made the realization. That came courtesy of a workplace colleague who took him under his wing and around town to tasting rooms at spots like Ballast Point Brewing & Spirits and AleSmith.

It wasn’t long before that duo’s thirst for beer evolved to the desire to make their own. One visit to Home Brew Mart later, they were off and running with a homebrew experiment. According to Van Horne, it took only a few months for that budding hobby to “metabolize” to an “infection.” He switched from extract to all-grain brewing, bought a kegorator, joined local homebrew club QUAFF (Quality Ale Fermentation Fraternity), and proceeded to spend the next two years brewing every other week. 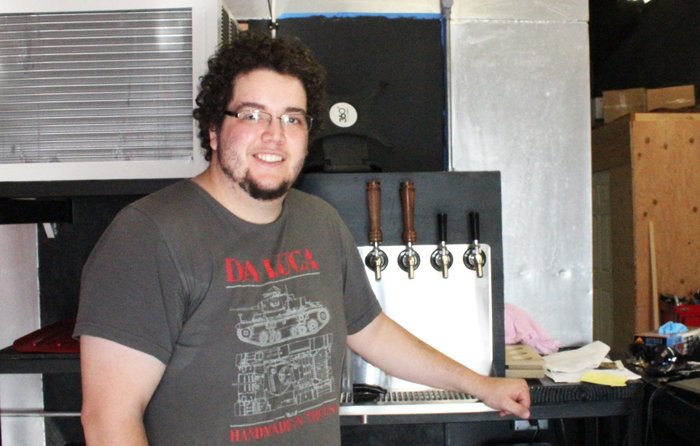 In the midst of all that homebrewing, Van Horne spent his days working for an independent coffee shop he’d helped open and grow. Doing so helped him to get a feel for the costs and various requirements associated with starting a business. A visit to Miramar’s Hess Brewing Company, gave him his first exposure to the nanobrewery model and got him thinking about going into business for himself.

Van Horne spent the next year working on his recipes, visiting tasting rooms across California to research best practices, and volunteering at another Miramar nanobrewery, Wet ‘N Reckless Brewing where he picked owner Dave Hyndman’s brain about how much it cost to get his operation up and running. To his surprise, it was much more affordable than it had been for his employers to open their coffee bar. Another bonus—it required fewer permits and time spent acquiring them.

As expected, the process was rather easy, especially with numerous supportive members of the San Diego craft brewing community willing to lend advice. The hardest part was securing a space. Van Horne spent six months putting in offers, many of which were rejected by individuals stating they preferred “a normal business” to a brewery. It wasn’t until an article about Van Horne’s upcoming business appeared in the Reader last August, that he got his first break. A real estate agent read the piece and contacted Van Horne. Within a month, he had his current North County Inland business park suite (9835 Carroll Centre Road, #108, Miramar)*

Van Horne aims to soft open his Intergalactic Brewing Company in April before holding a grand opening on Saturday, May 4. He is currently at work brewing up plenty of beer for that event and beyond. Once open, all of his core beers should be on-tap. Those include a West Coast India pale ale called Andromeda IPA, a lower-ABV extra pale ale called Subspace Session, the coffee-esque Orion’s Oatmeal Stout, and an homage to Four Peaks’ Kilt Lifter Scottish-style ale called Astro Scottish Ale. 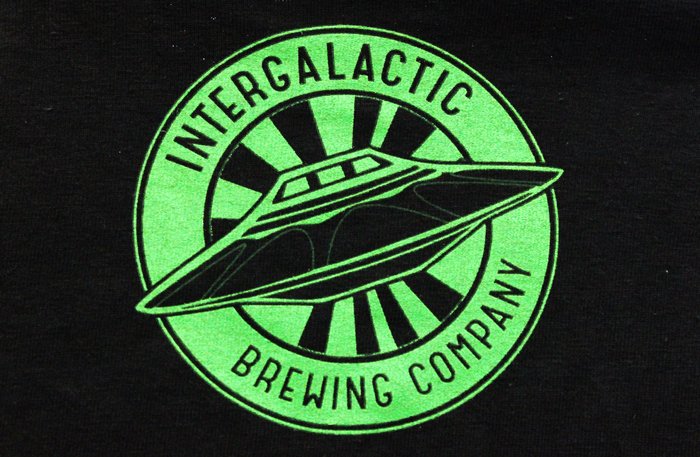 Once open, Van Horne plans to brew three batches a day, three times per week. If he can get to a total production between 120 and 150 barrels in year one, he’ll be happy. Beers will go for $4 to $5 per pint and growler fills (32- and 64-ounce sizes) will start at $12. Intergalactic Brewing Company will be open from 3 to 8 p.m., Wednesday through Thursday, 3 to 9 p.m. on Fridays, and noon to 6 p.m. on Saturdays. And on Sundays, he’ll rest.

In the future he hopes to share the love with homebrewers by holding monthly contests where winning amateur brewers get to brew their recipes with Van Horne and serve up their beer in his tasting room one special night. The beer has yet to hit the taps, but that’s an idea that’s certainly out of this world.