Natasha Kozaily dreamt beyond the horizon 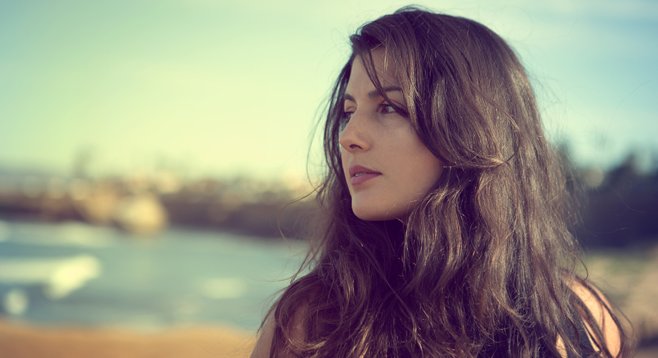 On May 14, Natasha Kozaily will release her second CD, Serenading Renegades. She intends dual release parties, both in San Diego and back home on Cayman Island. The Caymanian has lived here since 2010, lured to Southern California, more or less, by a television show.

“I saw an episode of On Surfari back home in Cayman,” she says. Chad Farran had written the soundtrack for the show. I loved the music, so I Googled him.” She tracked down the ex-Superunloader drummer to his home in North County and filed away the information for future reference. Meanwhile, she went away to college in Cardiff, Wales, and wrote songs. When she was ready to record, she went producer-shopping.

“Chad showed an interest in making an album with me. But I think he thought that I was in Cardiff-by-the-Sea, not Cardiff in Wales. When he found out I was on the other side of the world, I don’t think he took me very seriously.”

A classically trained pianist, Kozaily got a degree in ethnomusicology in Wales. Of Cayman, she says this: “The culture, the colors, and the sea have always inspired me, but more important was the desire I always had to get away from there.”

As difficult as it may be to fathom the need to escape the a tropical paradise, Kozaily is resolute: “Growing up in Cayman was a very special experience, but it was a place that felt so disconnected from the rest of the world. I was constantly dreaming of all the places beyond the horizon.”

Kozaily calls her stuff alt-pop. She says the skeleton of her music is pop, but all the layers around it are alternative. “My first album, A Tale of One Fish, is full of a lot of early songs. I think that’s why it’s so dramatically different from my current material,” which she describes as being more experimental. In fact, she says that listening back to One Fish now is like listening to a completely different artist. “Even though there’s an impulse to erase that earlier stuff, I have to remind myself that it’s my own history.”

Still, the recording won an album-of-the year award from the Cayman Islands Music and Entertainment Association. “Most people don’t think of Cayman as a cultural destination, but rather one for diving and beautiful beaches. The music and art scene in Cayman is small,” she says, “but vibrant.”