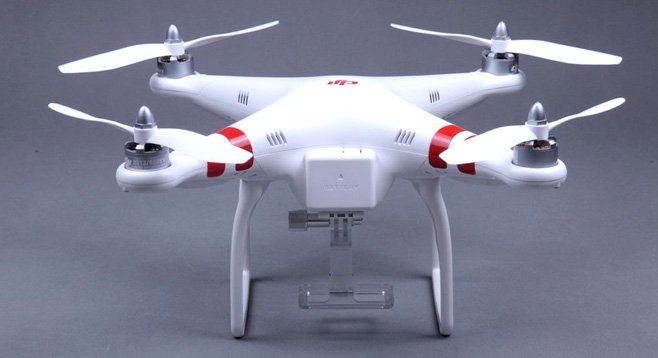 "I didn’t see this one coming.”

That is the subject line found on an email a friend sent me. Said friend teaches journalism at a private college.

The link he provided takes me to fastcompany.com and their story, “Drones Go to Journalism School.” Turns out there is an entity called, “University of Missouri Drone Journalism project.” “[Students] enrolled in a science investigative reporting course are working with UAVs (unmanned aerial vehicles), or drones, to create engaging, innovative, responsible public-service journalism stories.”

Turns out the University of Nebraska-Lincoln also has a Drone Journalism Lab. Students are taught how to fly drones, “using still and video cameras to gather aerial information,” for use in stories. The U. Neb people have used a drone for a Drought in Neb story and another drone to take water samples from the Platte River.

I’ve spent this morning reading about drones. Things I Didn’t Know, Number 1: How cheap civilian drones are. Granted, Neb’s drone is high-end, Ascending Technologies Falcon 8 UAV. It has 8 rotors and a gimbal-mounted camera, goes for $20,000. That’s what you can get with other people’s grant money. But it’s overkill if what you need is a perfectly serviceable civilian spy drone.

How cheap is a perfectly serviceable civilian spy drone? How about $675? Buy it from B&H Photo, Amazon, Helihobby, or the store near you that sells model airplanes. Take a look at the DJI Phantom Aerial UAV Drone Quadcopter for GoPro. You get integrated GPS. You can send the beast over El Cajon to check up on your paramour, have it hover just outside her bedroom window, and if things get tedious, use your auto return-to-home feature while you grab a beer from the fridge. The thing is designed to mount a GoPro camera, so pony up another $285 for a GoPro Hero3. Comes with 1080p, 30 fps, 11mp photos, waterproof housing, built-in Wi-Fi, wearable, mountable, and can fill in as a charming dinner companion.

The Phantom will give you 10 to 15 minutes of flight time with a 1000-foot range, so you’ll have to be within a block of your girlfriend’s house. But, that’s today — two years from now, drone and camera will cost $299, be able to transmit video in 3D along with a musical playlist of your choice, run license-plate checks, and fly to Oceanside and back on its own.

What surprises me is not the technology or the price — okay, the price surprises me a little bit — but that drones are already being used in university journalism departments. This just in: add University of California, Merced, to the list.

For people who follow this stuff, domestic drones are very old news, but for the rest of us, we’ve got a bit of catching up to do. What I’ve previously read about domestic drones is the usual cop industrial complex wanting to use drones for rescuing small children and household pets and definitely not to use as a surveillance camera hovering over my neighborhood. And the usual civil-liberties crowd wanting restrictions put upon surveillance drones hovering over their neighborhoods.

Which brings us to: Things I Didn’t Know, Number 2. I didn’t realize the extent big business has taken to drones. That, I predict, is what will make them ubiquitous unto the tens of thousands.

I’m being conservative: the FAA estimates that within eight years there will be 30,000 drones operating in the United States. This by way of the FAA Modernization and Reform Act, which was signed into law last month. The law requires the FAA to fully integrate unmanned aerial vehicles into national airspace by September 2015.

Quoting from a recent Reuters story, “They hover over Hollywood film sets and professional sports events. They track wildfires in Colorado, survey Kansas farm crops and vineyards in California. They inspect miles of industrial pipeline and monitor wildlife, river temperatures, and volcanic activity.”

And sports. Where are sports in all of this? Last year, the NFL petitioned the FAA to speed the licensing of commercial drones. The Air Force has visited ESPN studios to learn how they handle video intake and retrieval. Lt. Gen. Larry D. James, the Air Force deputy chief of staff for intelligence, surveillance, and reconnaissance, told Popular Mechanics, “They can find every clip of Brett Favre that they’ve had for X amount of time, whatever it is; they’ve developed the ability to do that sort of tagging and finding.”

Drones and instant replay. Be there!

Very good and timely story. I too have been doing research into the personal drone phenomenon that is quietly occurring. GPS, lithium batteries, micro-controllers and sensors, composites, miniature hi-res cameras, 3D printing and other technologies have become so evolved and practical, it seems like they may be the next personal computer. Like PC’s, we just have to figure out why we might need them.

The industrial users have plenty of applications for these flying robots. Many small drones are being developed that have high payload capacities of 50 pounds and more (like this one on Kickstarter http://www.kickstarter.com/projects/1671680066/incredible-hlq-heavy-lift-quadcopter?ref=live). In the not so distant future, small drones may be delivering packages or pizzas to our homes. Obviously, they have valuable uses in search and rescue and getting supplies to hard to reach locations, such as during a disaster.

When I began looking into personal drones, I came across a San Diego company called 3D Robotics that sells UAV drones, accessories and kits. (http://store.diydrones.com/) The founders of the company were inspired by the community of drone enthusiasts they attracted with a blog called DIY Drones. That blog was started by Chris Anderson, former writer for The Economist and Editor-in-Chief of Wired Magazine until 2012.

There is also a new breed of even smaller drones coming, like this drone you can put in a shirt pocket, the Robot Dragonfly - Micro Aerial Vehicle http://www.indiegogo.com/projects/robot-dragonfly-micro-aerial-vehicle?website_name=robotdragonfly

People could use Dragonfly drones to film themselves skiing, cycling, you name it. The question about little drones like this is what happens when they show up at sporting events, the beaches, concerts, trying to snap up close personal photos of an athlete or celebrity.

It's always stroke and counterstroke, so I'll be waiting for the Sharper Image DroneKillah Mark 7: "See how your nosy neighbor likes it when you put a tiny sidewinder up the tailpipe of his super snooper." I assume having a drone intercepter is covered by the 2nd Amendment.

Or capture it with a large fishing or butterfly net. Using a paintball gun might be fun too.