Repossession of possessions upon death 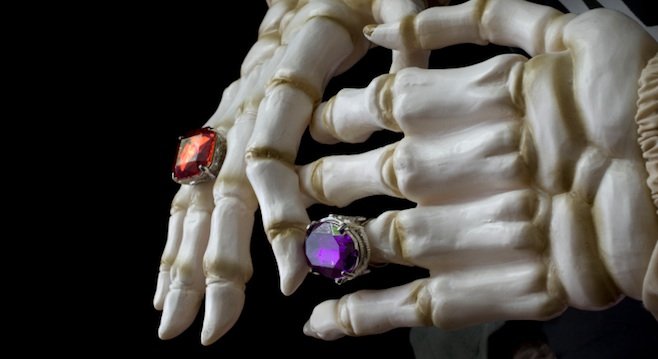 Heymatt: A few years back, a friend’s husband’s death required the coroner. His very expensive cowboy boots, sterling silver belt buckle on a nice leather belt, wedding ring, and watch were undamaged. He also had gold crowns on three teeth. The ring and watch were immediately given to the wife (who found him dead in their home) by the coroner who arrived on the scene. Days later, the wife’s brother called the cremation place to inquire about the boots, belt, and gold crowns. The cremation place told the brother that those items were with the coroner. The coroner said that those items were sent with the body to the crematory. Rather than start a huge scene, they decided to just drop the subject and move on. So, Matt, which place of business is responsible for those items?

As usual, nobody should take what I’m about to say as legal advice. I chatted with a friend who has practiced law for more than 30 years, but it’s not like either of us has all the facts to work with here. Still, your situation is more unique than you might think. Usually, people aren’t carrying much of value when they die. It’s a lot more common to shuffle off this mortal coil in a nightshirt than a flashy Texas tuxedo. Nevertheless, sometimes people die in their Sunday best and it’s necessary to deal with the decedent’s effects. The standard procedure is to do what the coroner did with the watch and ring; i.e., release them immediately to the next of kin. The county is pretty adept at dealing with a situation like yours and there are systems in place to prevent accusations of theft...like the one you’re making now. I’d be flabbergasted if there wasn’t an official receipt or inventory of the decedent’s personal property somewhere, the creation of which (whether by the coroner or the crematory) would more or less prove who took responsibility for the items in question.