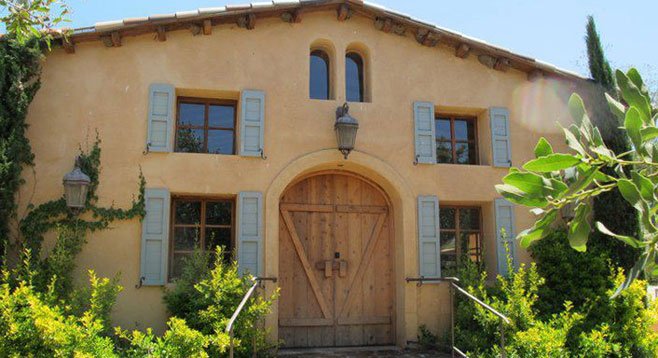 Has sunning on one of the coast’s pristine beaches become a bore? Is collecting cars a bit of a drag? For San Diego’s well-to-do and the entrepreneurially-minded, the solution to such woes might be found in East County’s backcountry — when you take over your own established winery.

With an asking price of $3,500,000, Milagro Farm Vineyards and Winery in Ramona qualifies as the most expensive property currently offered in any of San Diego County’s eastern communities. The property spans 110 acres, 20 of which are planted with 10,000 producing grape vines of 11 different varieties. 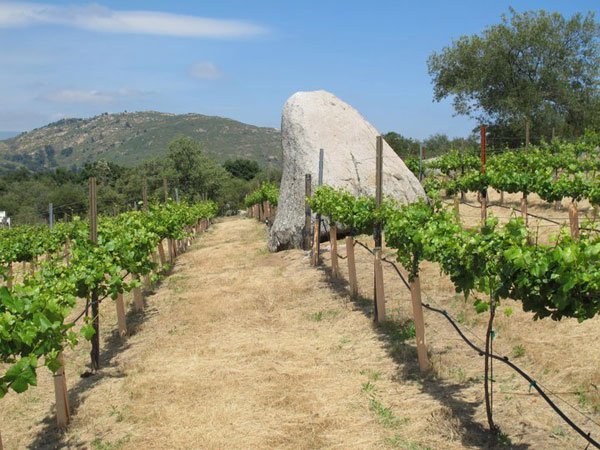 The property includes 20 acres of grapevines.

In addition to the wine grapes, the estate also includes apple and olive orchards, a citrus grove, pens for raising hogs, and an area for free-range chicken and turkeys that’s also home to a handful of peacocks.

While there are several residential units on the property, the newest and largest, with just over 2400 square feet built in 2008, is likely more a vacation retreat than a full-time residence for the true elite. Referred to in listing materials as the “lake house,” the three-bedroom, three-bathroom home is well appointed, with vaulted exposed-beam ceilings, an open chef’s kitchen with stone and butcher-block countertops, and a master bath suite with an antique-style claw-foot tub next to a separate oversized glass shower enclosure. Outside, the home sits just above the private lake “with its own beach and several cascading water features.” A terraced limestone patio and wooden dock provide outdoor entertainment venues.

A “hand lumbered redwood” guest cottage provides visitors with both a rustic setting and “all of the modern comforts expected in a boutique five star suite.”

Other outbuildings include the “old crush house,” an entertainment building with its own half bath, as well as the custom wine cave:

“Two stone masons worked for almost a year cutting and fitting stone after stone to produce an artisanal ambiance second to none. Two-hundred-year-old mesquite Mission doors adorn the entry.”

The property also includes the production warehouse and tasting room for the Milagro Farm branded wine. The winery was founded in 2001 by current owners Kit and Karen Sickels, and began production in 2006, when the Ramona Valley was named an American Viticultural Area, a federal designation for distinct wine-producing regions.

The winery’s website names Jim Hart as the person in charge of winemaking operations. Hart, according to his Milagro bio, also operates a family winery in Temecula and teaches oenology and horticulture at MiraCosta College in Oceanside.

Buying the vineyards comes with prestige already built in — Milagro Farm’s website boasts dozens of awards across several categories from local, regional, and national wine competitions over the past half-decade of operation.s