If so, residents expect day-use fees 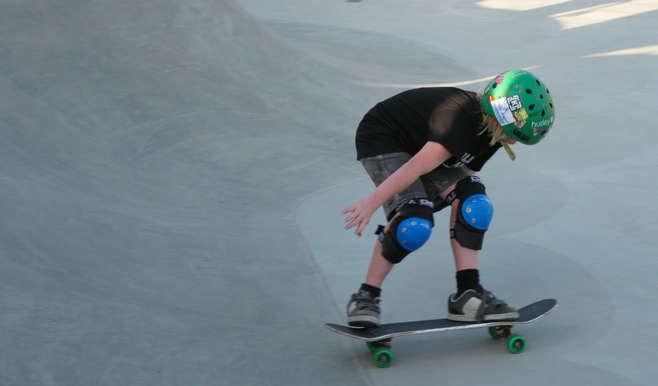 Outcry over the planned privatization of the only public sports park in Imperial Beach has caused the city council to postpone its decision on the matter.

During a packed city-council meeting on June 5, everyone from former congressman Brian Bilbray to local skateboarders spoke up about the city's plan to turn over management of the Sports Park Recreation Center & Park — which includes baseball fields, a skate park, and a recreation center — to the YMCA.

The plan has met with protests and a growing coalition to stop the takeover. The YMCA would require memberships or day-use fees for children to use the park, which has drawn the ire of Imperial Beach residents. (Currently an annual fee of $25 exists for residents between the ages of 7 and 17; $50 for nonresidents.)

The council, after listening to speakers unanimously against the privatization, voted to delay the vote for three weeks to allow for consultations between the public and councilmembers.

One speaker, who identified himself as skateboarder Greg Hughes, revealed his anger at the proposal. "I do live here and I will see you on the streets and I will be as civil as possible, but you're going to hear it from me."

Local skateboarding legend Tony Hawk, whose foundation paid for the building of the skate park, is on record as saying, “We hope that they keep the skate park in the hands of the community and the kids."

In a written statement, Imperial Beach Little League president Don Spicer said the Little League and the city have cooperated well up to now, but "if the city allows the YMCA to come in and take over, it will only be a matter of time before that is all taken away."

At the meeting last week, Spicer added, "We have all stepped up to the plate…. We can only ask that you make the right decision."

Bilbray offered the councilmembers advice: "Both sides have moved towards each other, and in Imperial Beach that is a rare, rare thing," he said. "Maybe this is a time to reverse the mistakes."

Councilmember Edward Spriggs said, "I think it was good-faith effort...but I don't think it's succeeding." He added, "I think we have to look at what the community is talking about."

Councilmember Lorie Bragg said she had changed her mind on the vote due to the public outcry at the meeting. "This has been a painful process for us as a community...it's deteriorated into an us-against-them mentality. That's not how it should be. We're all in this together. This is our community. We all have children, families, kids, friends."

The council meeting to decide the issue is scheduled for June 26.

Bilbray actually said something constructive? There was no devisive rhetoric masterminded by the GOP? So B.Bilbray is kind of a public servant after all? Should've done this before. Maybe he'd still be in office?-----------Nah!