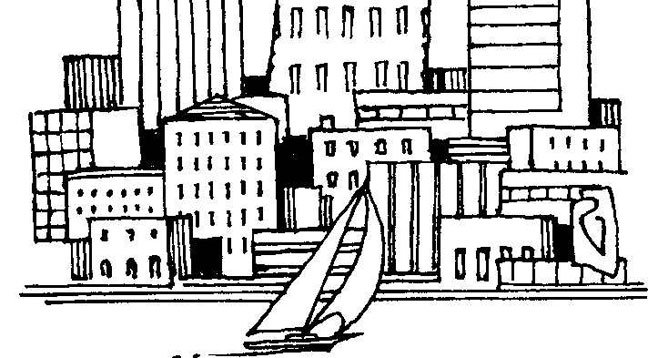 How tall is the tallest building in San Diego? Is there a limit as to how high you can build in the county?

There’s an easy answer to the first part of your question. One America Plaza. It’s exactly 500 feet tall. Why exactly 500? Because the Federal Aviation Administration began restricting building heights in downtown San Diego during the 1970s. With the airport right there, the FAA figured it would be a bad idea to raise Sears Tower–style buildings in the middle of the airport’s flight path. If you’re keen to die of boredom, point your web browser to faa.gov and find “150/5190-4A - A Model Zoning Ordinance to Limit Height of Objects Around Airports,” which doesn’t apply to San Diego in particular but does a good job of illustrating exactly how dull government documents can be.

The second part of your query is more contentious. Building-height restrictions often engender heated debate. The most impactful local rulings are the coastal height limits, which San Diegans passed as an initiative in 1972. In short, nobody can build higher than three stories west of the five. Exceptions are made for downtown and Little Italy. Maybe you remember my bit about story poles from a while back? Well, people don’t like having their ocean views obstructed and the coastal height limits protect that from happening. The regulations have their enemies, but they’ve stood up to every legal challenge since their inception. Outside of the coastal zone, periodic battles over building height flare up and are settled. Developers face stiff resistance when they want to build above 60 feet, the fallout from which often leads to temporary moratoria on tall buildings in certain neighborhoods.