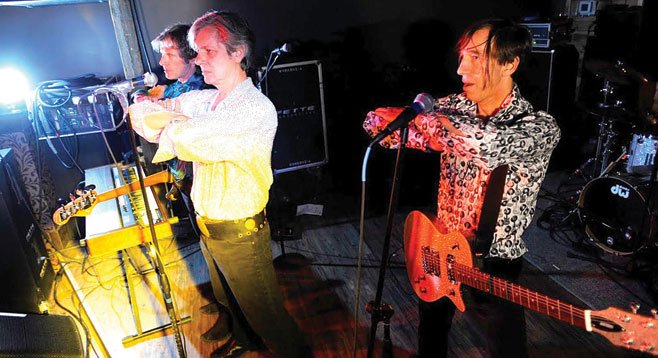 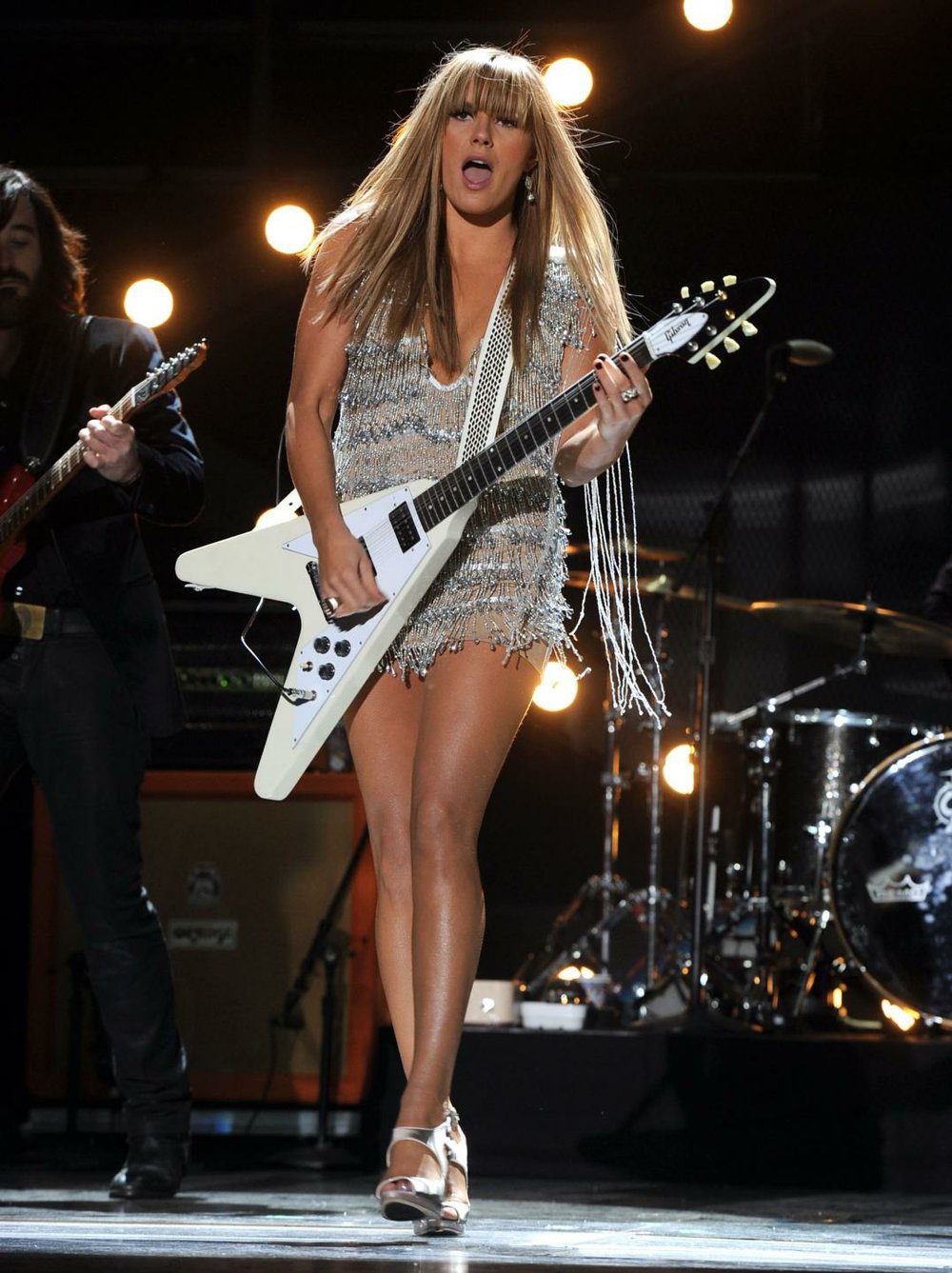 Blues-rock band Grace Potter & the Nocturnals grace the stage at Humphreys by the Bay on Thursday.

Thursday 6
A leggy lovely in a sequined cocktail dress with a Flying Vee around her neck...uh, if that’s not enough to get you off the couch, brah, check out the chops. Grace Potter & the Nocturnals will blues-rock your socks off. And with their latest, The Lion the Beast the Beat, GPN show they’ve got the boogie down, too. Thanks to the Black Keys’ Dan Auerbach digging in up to his elbows on this one, the Nocturnals stretch out from their comfy country-blues roots to explore some instrumental Hammond jams and unleash Potter’s Joplin-topping vox to toe-curling effect. They will take the stage at Humphreys by the Bay on Thursday, kicking off this summer’s hummers out on Shelter Island.... From Austin, Texas, Bloodshot recording artist Wayne “the Train” Hancock rolls into Soda Bar. The king of juke-joint swing this year released a pretty personal set in Ride, following the breakup of his longtime band. But even the low-down blues, like on the track “Low Down Blues,” have got that inimitable Hancock hoodoo. San Diego’s own Screamin’ Yeehaws open the show.... Else: Def Jam rapper YG (“Toot It and Boot It”) will be at House of Blues behind this year’s full-length debut, Im 4rm Bompton...CityBeat scribe Peter Holslin’s disco-sludge trio Bruisecaster will be up the Fifth Ave. hill at Tin Can Ale House with Vaginals and Invisible Path...and industry dealio “Sunset Sessions” moves into Belly Up Thursday through Saturday. The only band on a long-ass list of bands that jumped out at me was Detroit electro-pop duo Dale Earnhardt Jr. Jr., which drifts in on Saturday. 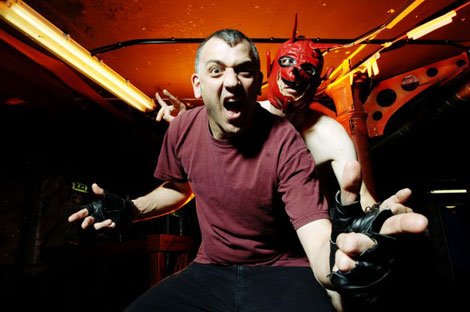 Friday 7
“The Dwarves Are Still the Best Band Ever” is the first track on the Dwarves’ 2011 comebacker The Dwarves Are Born Again, an 18-song set that finds the SanFran thrash-punk band as intent on debasement as ever. But it’s cathartic, as Blag Dahlia and company continue to cut through to the primordial ooze inside all y’all. The last song’s called “The Band That Wouldn’t Die.” Can’t beat ’em, might as well join ’em at Soda Bar, after Fuzz Bombs and Coda Reactor.... What Happens in Hell, Stays in Hell. Haunted psychobilly trio the Nekromantix hits Casbah (619-232-HELL!) Friday night. Dave broke down the band in this week’s Of Note, so flip or click to that for more on them. The Silver Shine, a punkabilly band from Budapest, touring in support of their brand-new record, In the Middle of Nowhere, and like-minded locals Gore Horseman will open the show.... ’Round town: Up at the Tin Can, Black Sands, Kenneth Brian Band, and Mrs. Henry fill a country-fried bill on Bankers Hill...from San Antone, punk-metal four-piece Evil Come Evil Go visit their “Iron Maiden-meets-Misfits” mayhem on Midway hideaway the Shakedown...and Zero 1, featuring TV personality Hal Sparks, will be at Brick by Brick with Tool tribute Spiral Out. There’s a Tool tribute? 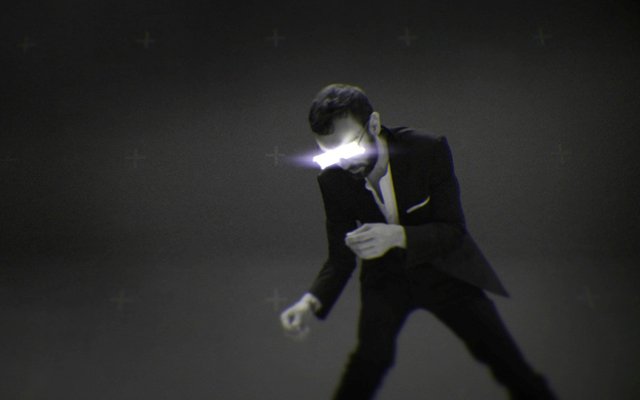 Saturday 8
Catching up with Big Black Delta, I came across a linked tidbit that in 1975 David Bowie was on Cher’s variety show and they performed a duet of “Can You Hear Me” off of Young Americans. I did what I had to do and took the “Klondike Five-Seconds to Glory” challenge by watching that weirdness on YouTube. I kicked its ass, bitchachos, going 26 seconds. That’s when Cher and her hairdo come in. I didn’t fair as well with Big Black Delta’s Big Black Delta, but it’s supposedly really good. And good for you. The space-rock act will be at Casbah Saturday night. Tiny Telephones and Okapi Sun up first. (I also looked up Okapi because I knew you’d want to know. It’s an animal. Half zebra, half giraffe. I want one).... Best of the rest: psych-pop San Diegans the Donkeys clop into Soda Bar after the Cat Burglars (up to 75 Likes!)...Groovie Ghoulie horror punk Kepi Ghoulie plays Ché Café with Dog Party and the Maxies...’60s hit machine the Beach Boys wash up where the surf meets the turf, headlining opening night at the Del Mar Fairgrounds...while northa town, Stray Cat Lee Rocker will be slappin’ de bass at Ramona Mainstage.

Sunday 9
“Pardon us for living, but the graveyard is full.” From New York, New York, CBGB garage-rock alums the Fleshtones appear at Casbah Sunday night. After 35 years, the storied quartet is still touring and recording, for the past decade on the prestigious (read: oldster) Yep Roc Records label. The Fleshies’ I.R.S. debut Roman Gods stands out and still holds water if you need an intro. And they got a new one due in 2014, which they’ll probably preview. Bart Mendoza’s pop-rock throwbacks True Stories and sci-fi garage-rockers Shake Before Us open the show.... Best of the rest: House of Blues and Club Mercy host a “Back to Basics” hip-hop event, featuring Dilated Peoples, People Under the Stairs, Del tha Funky Homosapien, the Visionaries, and more...a ’90s style pop-punk trio from Rock Springs, Whyoming, the Shocktroopers, will take down the Shakedown after Dago’s ’70s-style bangers Sculpins and the Last Years...while out at Tower Bar, Teenage Burritos, the Trashies, Stalins of Sound, and Kids in Heat fill a fun punk’d bill under the City Heights steeple.

Monday 10
Casbah’s Anti-Mondays have got O.C. alt-pop act the Steelwells through June. This week, Miss Americana Nena Anderson and her Mules and will set it up. These things are freebies, by the way. 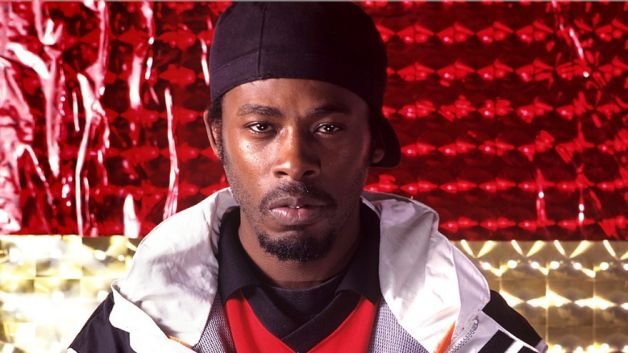 Tuesday 11
Wu-Tanger GZA, takes the mic at Porter’s Pub at UCSD Tuesday night. For his upcoming solo set, Dark Matter, “The Genius” raps about rocket science, yo, spelling out the Big Bang on a scholastic level. In a recent PBS special, GZA told a group of Bronx high school students that his new record “is inspired by science...it’s all about the universe.” The hip-hop hit intends to “use hip-hop to teach everything from biology to physics.” I think that could work. Like, mnemonics.... Miss the door to that, go check out JC Brooks & the Uptown Sound at Belly Up. The Chicago-based “post-punk soul band” released one of this year’s essential sets with Bloodshot record Howl. Local backyard-to-barroom rock-rollers Grass Heat fire it up.... Or if you’re in the mood for some Fair food, one of Rolling Stone’s 100 Greatest Guitarists of All Time, Dave Davies of the Kinks, will be at the Del Mar Fair. Davies’s I Will Be Me dropped last Tuesday and features a pissah list of guest artists — Jayhawks, Anti-Flag, Dead Meadow...