No need to be jaded over San Diego Comic-Con 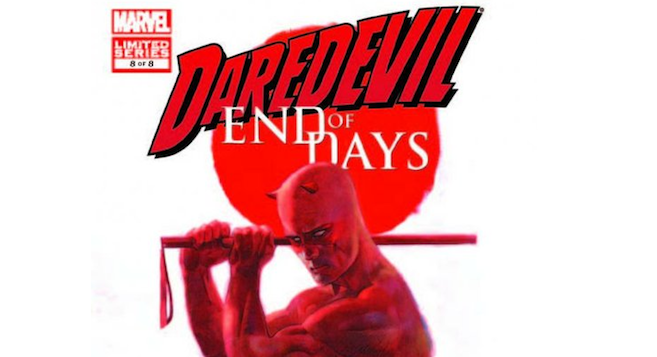 The organizers of Comic-Con have long since dispensed with the idea that the convention is strictly about comic books. The tagline “celebrating the popular arts” glosses over the fact that Comic-Con is more about movies, video games, TV shows, and celebrities than comic books. The video games section, point of fact, is bigger than Artists’ Alley and the Small Press Pavilion. Because the actual artists are often shunted to the sidelines, it’s easy to become disenchanted with Comic-Con and its curious lack of comics.

Nevertheless, the convention remains an important event for comics artists.

Klaus Janson is a veteran artist who has been working in the industry since the 1970’s. He is best known for inking The Dark Knight Returns, with Frank Miller, but he has been working on something or other every since. He had success in 2012 penciling Daredevil: End of Days. 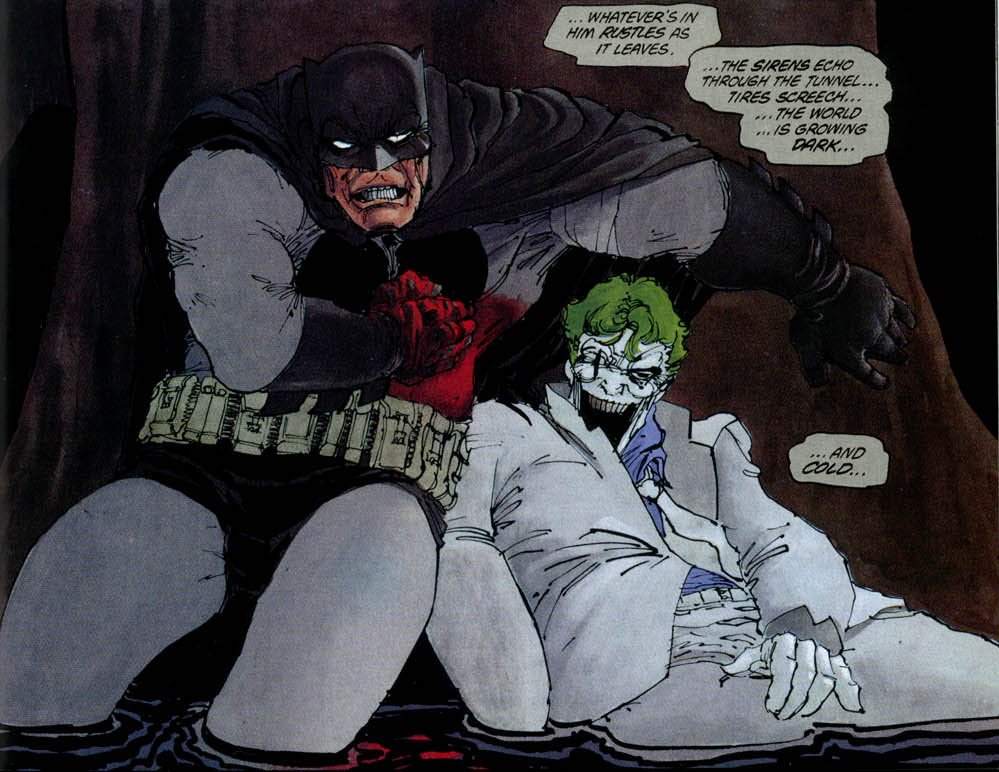 Image from *The Dark Knight Returns* by Frank Miller, inking which made Klaus Janson famous.

“San Diego is a big deal for comics,” Janson says. “If you’re not here, you’re really missing an opportunity. The chance to get together and network with other professionals is invaluable.

“It’s important to go to these functions to stay relevant,” Janson adds. “If you don’t participate, you don’t exist.”

Janson goes on to describe how, for him, Comic-Con is one of the best places to take the pulse of the comics industry. To catch up with other creators and to think about where he is going to take his craft over the course of the coming year.

In short, as the fans line up for the chance to get a picture with Chris Hemsworth in the background, the artists mingle and ideas are planted that will grow into potential comic projects.

“A lot gets done here,” Janson says. “A lot of business deals. A lot of projects are started or finalized here.”

As for the movies and video games, Janson agrees that Comic-Con is less about comics themselves and more about turning comics (not the most historically profitable art form) into dollars. But the business aspect of comics has always been a part of the artwork. Janson refers to the beginning of comics, back in the twenties and thirties, when people were reprinting the Sunday funnies to turn an excess of paper into a quick profit. The need to make money can’t be extricated from the artistic aspects of comics, and smart artists realize that.

When it’s easy to become jaded about Comic-Con, Janson professes his faith in comics’ bright future and the talent on display at the convention.

“This is an amazing time for comics,” he says. “It’s an explosion of creativity. I’m incredibly optimistic about comics. There’s something coming down the road that’s going to revolutionize comics. This is a good time for young artists and young writers.

“I’ve been surprised, in the last year, that Marvel would publish a book like Hawkeye [written by Matt Fraction and drawn by David Aja], an extremely non-mainstream project with a non-mainstream character. Who gives a crap about Hawkeye? Nobody.

“In addition to self-publishers making a mark, the major companies are responding to a creative upsurge in the artistic base of comics. I’m so encouraged by that. The creative side of comics is very healthy.


“I see it [at Comic-Con] because I look for it. I tend to embrace that more than, say, having dinner with business people.”

It’s not even impossible for a young writer or artist to get discovered at Comic-Con. It’s rare, but it happens. Every now and again, in the sea of merch for sale, up-and-coming talent rises to the top. Janson believes people can still make connections at SDCC, despite the volume of people vying for attention.

Janson considers Comic-Con a celebration of all different media outlets that are used for storytelling. It’s an acknowledgement of the work that people have done and it’s a recognition of artists. That environment, no matter how chaotic, gets the creative juices flowing.

“We go back to our respective homes and we are enervated,” he says. “It gives everyone involved a bit of a boost. It’s not a learning event, it’s a celebration of the medium...and the mediums. After a convention, I’m always a little bit more excited to hit the drawing table.

“I don’t want to be jaded,” Janson says of the unavoidable business and money-making aspects of Comic-Con, “because my work is the most important thing to me, and once you become jaded you do crappy work.”

Artists at Comic-Con have to believe in the craft and majesty of their artwork. Anyone who shows up just because he feels obligated to be there is missing the point.


“Decades ago,” Janson says, “I produced a couple ‘how to draw’ books for DC. Looking back, I only see the flaws in them, of course, but that’s not really the point. What I’ve always wanted to do was raise the level of discussion about comics and about sequential narrative. Anyone who thinks comics are easy to do is delusional. It’s the hardest thing to do outside of being a professional athlete. The chasm between doing it and doing it well is enormous. There are a few people who do it well. If San Diego Comic-Con can elevate the reputation of comics as storytelling, then that, to me, would be worth it. All the paraphernalia is secondary. If we can elevate this medium, then I’m willing to sacrifice the inconvenience of parking, or anything else, for that. That’s why I wrote those two books.”