Last weekend, a new local brewery and a local distillery opened to the public…under the same roof. That double-pronged operation goes by the name of BNS Brewing & Distilling (10960 Wheatlands Avenue, Suite 101, Santee). As one might expect from a business specializing in multiple forms of firewater, the place was packed from the get-go. Curiosity and thirst brought in the initial droves of patrons, but I’m betting a fitting thematic, beers built for Santee’s traditionally scorching temperatures, and hefty pours of patriotism (a fitting attribute to center on a day before the Fourth of July) will keep many of them coming back. 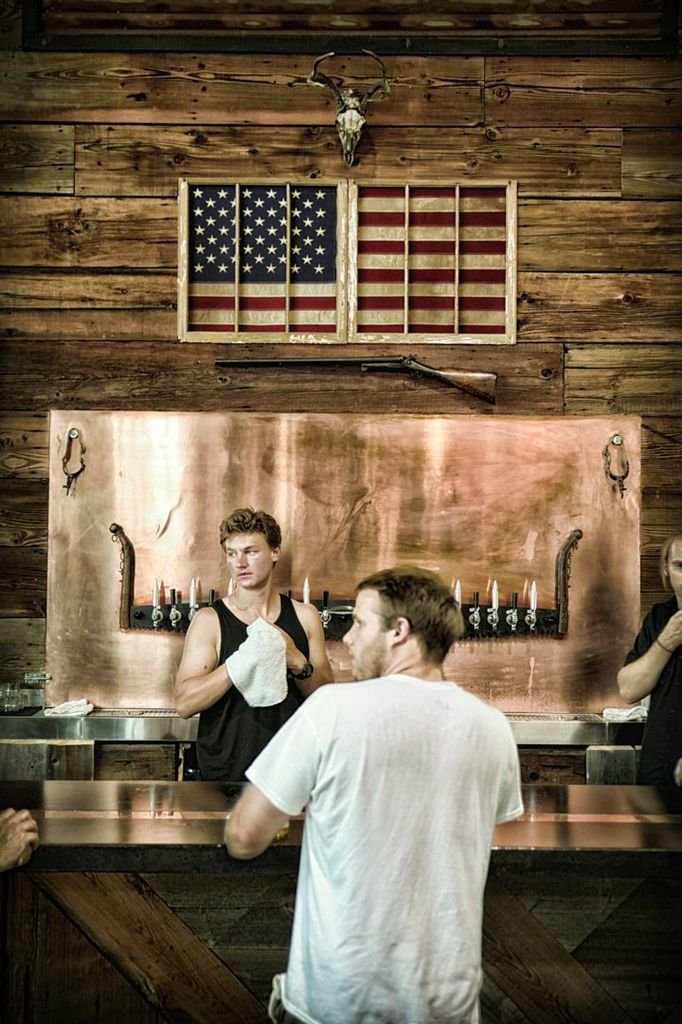 BNS is the product of a quintet of friends. Two of them are Navy SEALs, another a fire captain. When discussing their business, they pause momentarily before going into information about their fluid stock to speak of their devotion to this country. They don’t really need to. Their love of America is more than apparent. BNS’ tasting room has an American flag positioned front-and-center above the bar. Then there’s the full-sized flag hanging over the brewhouse. More astute visitors will also notice small flags and SEAL insignias driven into the wooden divider separating sampling space from brewing and distilling stations. 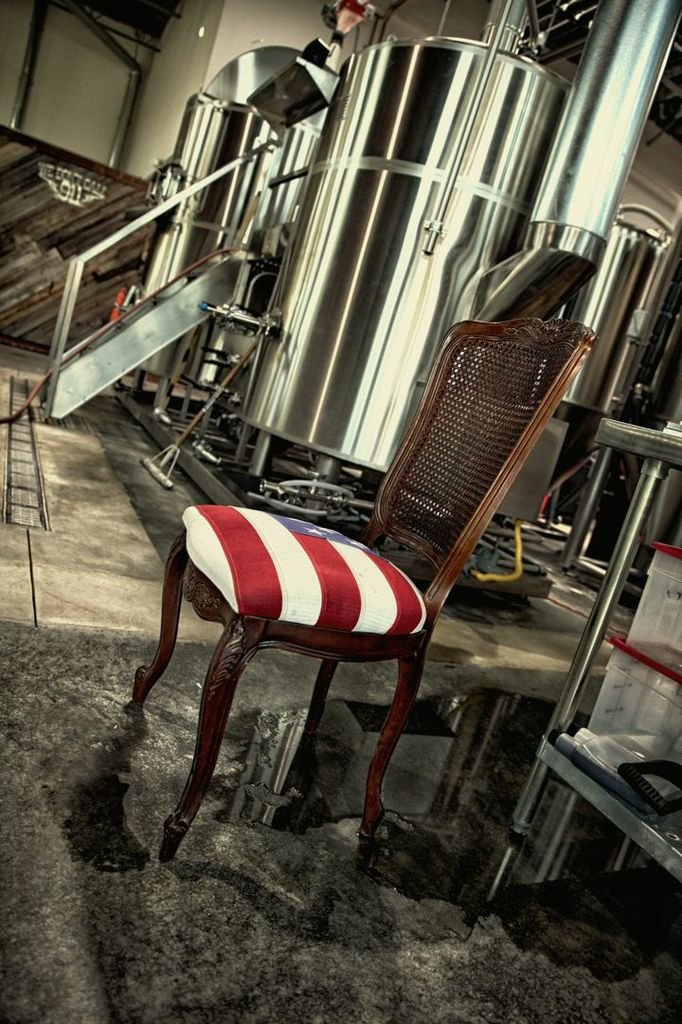 Though the ol’ red, white, and blue run deep at BNS, the actual motif is old west saloon. Upon hearing this, one may envision some cheap, cheesy, ramshackle space akin to some shit-kicker dive bar, but this group of entrepreneurs has done right by their chosen thematic. In fact, BNS' indoor and outdoor tasting spaces are some of the finest places to sit back with a beer in all of San Diego County. 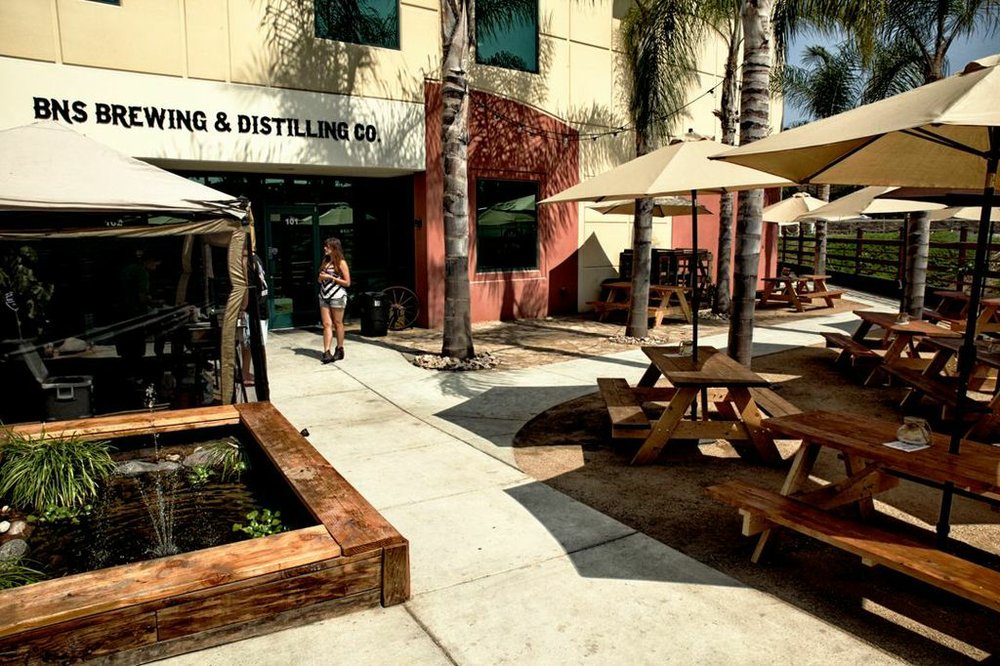 Upon approach, visitors to BNS enter through a wooden gate that gives way to a path abutted by a grassy area sporting numerous picnic tables that are, smartly, outfitted with not only umbrellas, but misters—essentials for any Santee business going the al fresco route. There’s a space for a food vendor to set up next to the front door as well as a small pond that's prime for wish-making. 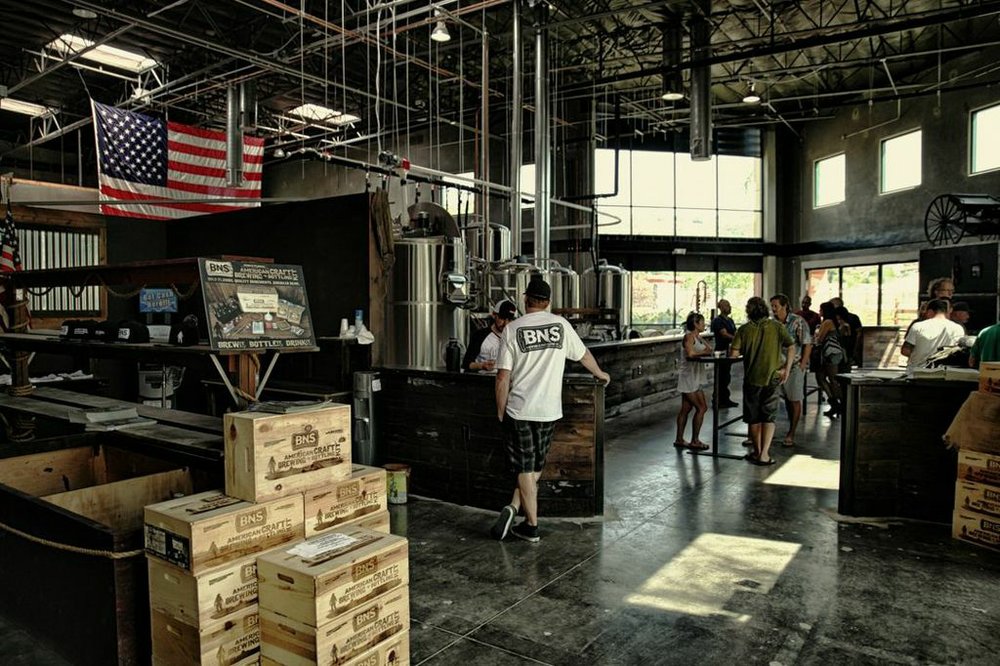 Inside, what was once an empty, spacious warehouse has been transformed, solely by the hands of the owners' five pairs of hands, into a saloon outfitted in wood reclaimed from a Napa, California farmhouse distiller and ex-SEAL Andrew Arrabito came across a while back when kicking around the idea of opening a distillery in wine country. Local regulations prohibited him from doing so, prompting a return to San Diego where his friend-turned-business partner Wes Richey confided in him that he would like to open his own brewery. The two combined their passions and BNS is the result. 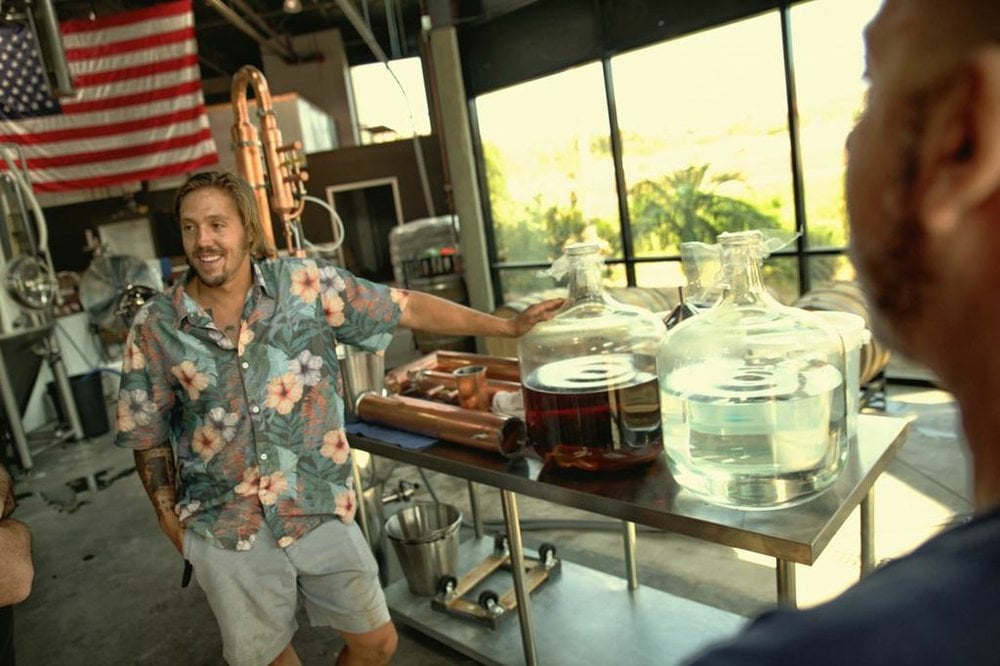 Arrabito’s spirits are still in development, but he has a vodka that he’s distilled four times and plans to introduce at 80 proof when it’s ready. Also in the works is a bourbon whiskey that, even early on, exhibits rich oak and dark fruit aromas. In the near future, Arrabito plans to start refining a gin he will engineer to be lower in juniper berry oomph than the majority of gins on the market, with added character provided by lemon, grapefruit, and possibly even truffles. 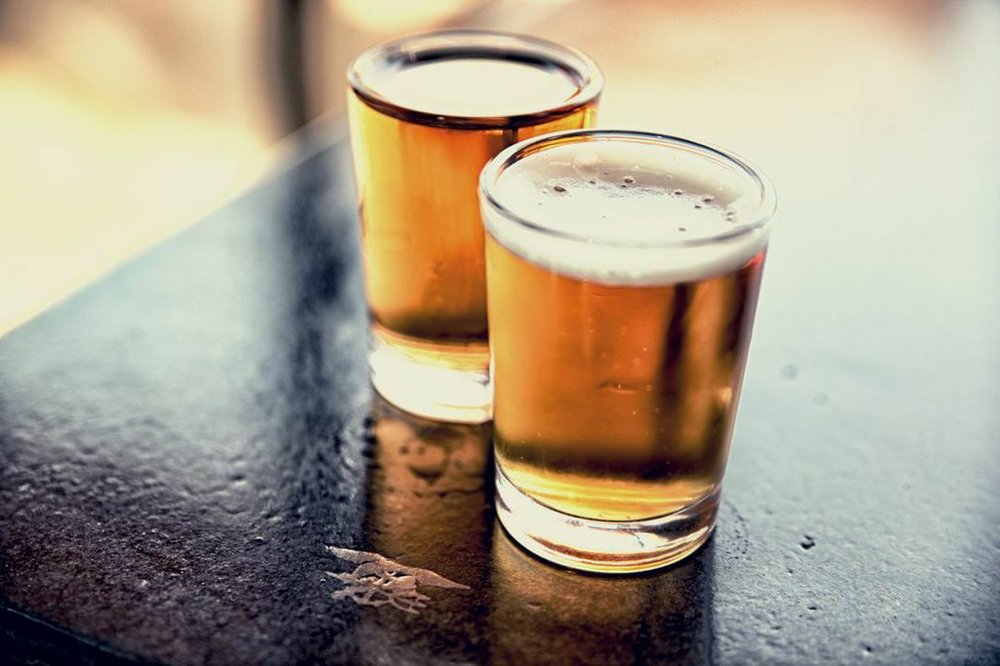 As far as liquid assets that can be sampled in the here and now, BNS has its five year-round beers on tap. They are the product of head brewer Dan Jensen, who while working as head brewer at Coronado Brewing Company, took Richey under his wing to show him about craft brewing and the nature of the industry. And when the time came for Richey to bring BNS to life, Jensen went with him to help forge its brewing component. 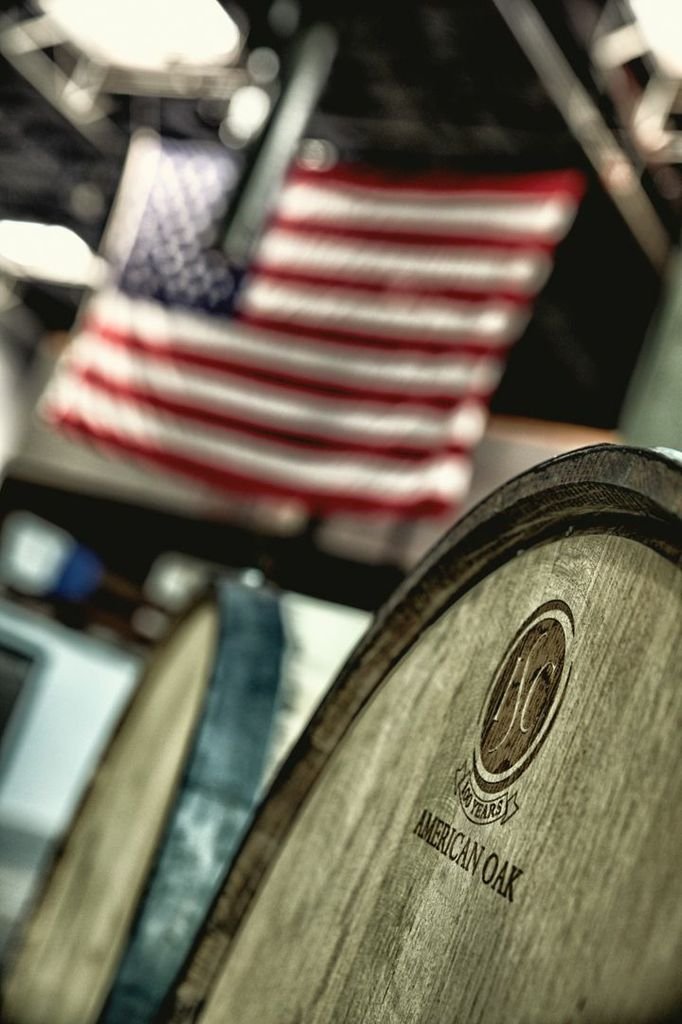 Aside from the heavy beer in high temps oddness, there's also the whole “Russkie thing.” But with all those flags, many years of combined service to our nation, and the fact everything at BNS from the 10-barrel brewhouse to the fermentation tanks to the building materials to the barrels is 100% U.S. of A. (despite the fact it cost them quite a bit more to go that route), even a bit of beer style irony can’t detract from this all-American institution.

Note: All photos by Tyler Graham.