Brakes put on handover to YMCA, more meetings to come 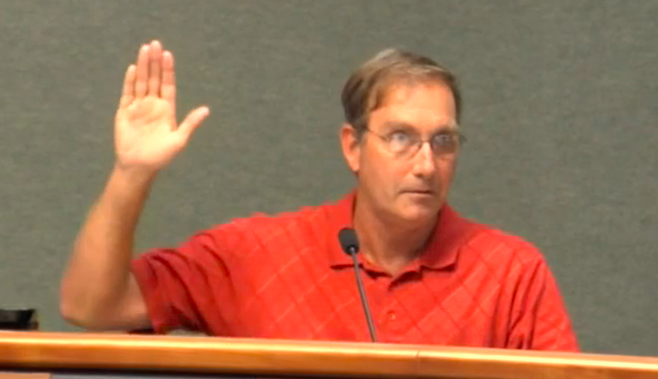 At the Imperial Beach City Council session on June 26, the council worked out a plan to hold a series of meetings to enable the public to take part in the decision of whether or not to privatize the city-run Sports Park Recreation Center & Park.

During the session, mayor Jim Janney said he wanted to be able to conduct meetings between two councilmembers, Brian Bilbray and Robert Patton, and members of the public without the restrictions of the Brown Act.

The council heard from their legal counsel that the act does not apply if only two councilmembers are appointed to the task force and if no specific members of the public are named as part of the task-force meetings.

Deputy city attorney Lisa Foster said, "If you limit the task force — that you as a council creates — to two council members, there's a specific exception in the Brown Act for [an] ad hoc committee that's composed solely of members of the council, less than a majority. That's not a Brown Act body."

During the meeting, an Imperial Beach resident who has been active in the effort to stop the privatization announced that he could not work with the city any longer as part of a task force.

Tim O'Neill, a vocal supporter of the sports park, cited "lies, mistruths, deception, and biased information to neuter the task force." O'Neill said that the city was proceeding based on figures in past staff reports that contained intentional falsehoods, making negotiations impossible.

"If we rely on past information that's been included in staff reports that have been produced by our city leaders," O'Neill said, "there's no way that we can have an absolute, unprejudiced decision."

At issue are council claims that the city cannot afford to run the park. The council's financial reports to support this claim have come under criticism, and a San Diego County Grand Jury in May concluded that the city has seriously mismanaged its budget for years.

Most estimates put the cost of the park at around 1 percent of the total city budget of $26 million. A public effort against the privatization started when the council appeared ready to turn management over to the YMCA with little public input.

A YMCA representative attended the June 26 council meeting but did not make a public comment. The YMCA has been the target of the public's wrath after disclosures that most of the free access to the park would be eliminated under their management.

Tensions increased when South Bay Family YMCA associate executive director Lisa Johnson admitted that children of low-income families who can't afford the fees would only be able to use the park if they qualified for "scholarships.”

Councilmembers tried to assure Imperial Beach citizens of the fairness of the process.

"I don't see this as a conspiracy to bring the Y in," said councilmember Robert Patton during the session. "I have ethics...I would not volunteer to be on a meeting if I wanted to do something backhanded, if I wanted to bury you. I'm here for the good of you. No conspiracy. Truth," he said, raising his hand as if taking an oath.

Keep it local City Council. Do the right thing. Help the community prosper.