Border Patrol sure will 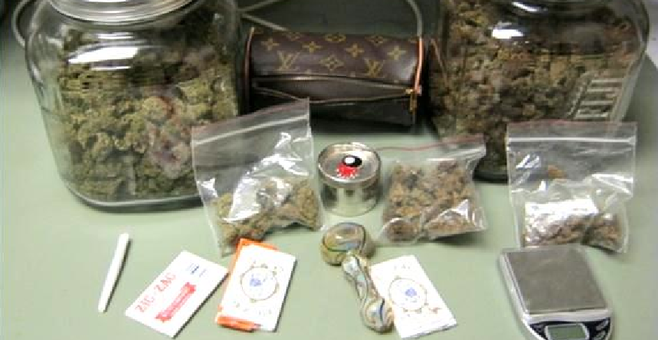 What's a medical cannabis patient to do in a routine encounter with the police? Depends on the police, it seems.

The cannabis and paraphernalia in the photo above — from a bust at an I-8/East County Border Patrol checkpoint on January 7 — might be legal for a card-carrying-patient or two, but good luck getting it back. (It didn't help that the Border Patrol agents found a 12-gauge shotgun in the driver's car.)

While state law allows qualified patients to possess up to eight ounces — a half pound — of medical marijuana, enforcement can be unpredictable. The largest law-enforcement agency in San Diego County, the U.S. Border Patrol, with 2600 agents, will seize the cannabis, according to agent Jerry Conlin.

"We're federal, and under federal law, marijuana is a narcotic," Conlin says. "In the least, our agents will seize it and it will be destroyed."

The San Diego County Sheriff's Department, with 2328 badge-wearing deputies, will let you keep your medicine, according to department spokeswoman Susan Jankola, as long as you're not driving while medicated and can prove you're allowed to have it. They provide police services in Imperial Beach, Del Mar, San Marcos, and other cities.

"As long as they have their card and the amount that's allowed, it's not a problem," Jankola said. "Otherwise, it's a citation."

Likewise, the San Diego Police Department will let you keep your cannabis as long as you have an approved amount and can prove you've gotten the necessary prescription, according to Lt. Andra Brown.