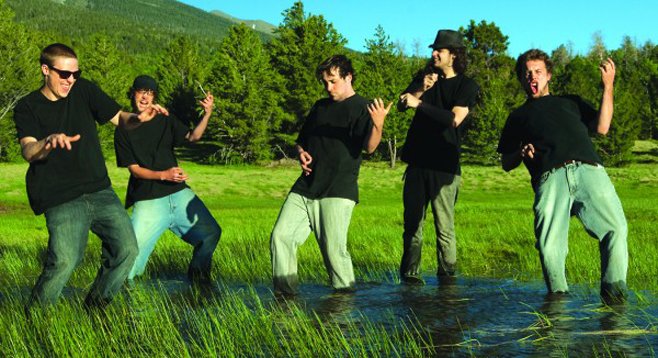 With so many local performers relocating in search of success, Brothers Gow bucked the trend by moving to San Diego this past August. “We didn’t even know we wanted to move from the Bay Area until we rolled into town before a Gallagher’s gig,” says keyboardist Alex Gow Bastine. “We felt the beautiful weather and we all just kind of decided to move down to San Diego on a whim. We were here a month later.”

With their 15-passenger van pulling a trailer full of equipment and lighting gear, four members of the funky jam band rented a house in O.B., three blocks from the beach and a stoner’s throw from Gallagher’s, where they played on New Year’s Eve. They soon picked up a local drummer, Nathan Walsh-Haines, who lives in Normal Heights. “The best thing about my neighborhood is aggro-punk-pop karaoke for PBR-slamming hipsters at Bar Eleven,” he says. “Absolutely hilarious.” Not that he’s ruled out a move to O.B., because, he says, “There’s no sunset surfing that I can walk to.”

Guitarist/singer Kyle Merrill, who was born in Ipswich, England, says, “I’ve moved around a lot in my life, but I think I finally found that ‘better place’ in San Diego. I like to hang out at the lookout spot where Ron Burgundy took Veronica Corningstone in Anchorman.” Not that O.B. is a perfect paradise. “I don’t like the humidity that the beach brings in the winter. Mold sucks!” Also, “Our house was recently broken into when we were on tour. Total violation of our personal space. It makes you feel gross.”

Bassist Carson Church has just one bitch about the beach. “Finding parking for the van and trailer.” Guitarist/singer Ethan Wade likewise has a single complaint. “Not being able to take our trash out through the backyard after new neighbors moved in.”

Alex Gow Bastine (who cites local band Pinback among his faves) has nothing but kudos for his adopted neighborhood. “I have a garden in the backyard, so you have to love San Diego for never freezing. I also like Sunset Cliffs and the O.B. Noodle House.”

Brothers Gow is finishing their sophomore full-length, Chapters, and is scheduled to play Rosie O’Grady’s on February 16 and Winstons on February 28.