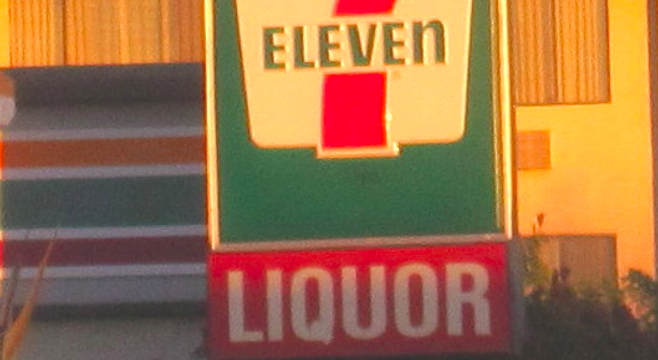 At a January 17 town-hall meeting in La Mesa, Ted Crisostomo, Neighborhood Watch captain for the Dalhart Avenue and Dallas Street area, objected to the possible opening of a 24-hour 7-Eleven near the Big Lots! on Lake Murray Boulevard.

"We all know what happens at 7-Eleven at 2 in the morning,” said Crisostomo. “It will get robbed [when] I'm sleeping 100 feet away.”

Crisostomo said residents had a problem with the way Southland Corporation, owner of 7-Eleven, did business. He also acknowledged there was a "limited scope" to what the council and police department could do, comments that some residents applauded.

City manager Dave Witt addressed the suggestion to limit store hours. "We can't decide one grocery store is open 24 hours and make one close at 1 [a.m.],” he said.

Police chief Ed Aceves said 7-Eleven stores were the locations of 5 of the 88 robberies committed during 2012. He said robberies included "one next to my house. The guys did it at 2 in the morning; they got $13."

Aceves said crime-prevention specialist Erin Jones worked with businesses and that he discussed with the Department of Alcoholic Beverage Control perhaps prohibiting the sale of single containers of alcoholic beverages.