Rozzers — a slang term for police 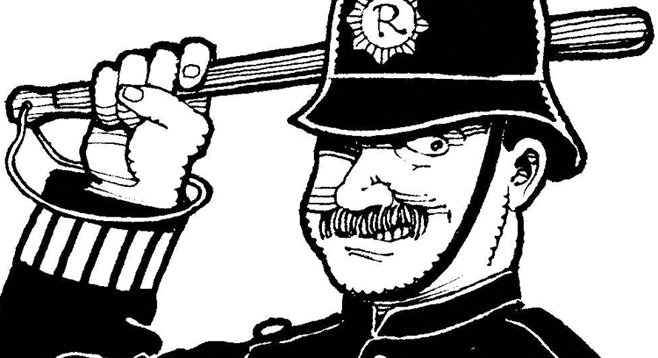 My English friend was riding in my car recently when I was pulled over by the police. I had not noticed them, but Nigel did and exclaimed, “Cripes, the rozzers are after us!” I didn’t realize that “rozzer” meant police, so I drove another 1/4 mile before the blue & red lights helped me put 2+2 together. So, can you explain how something that sounds like an exotic fruit translates to a police officer? 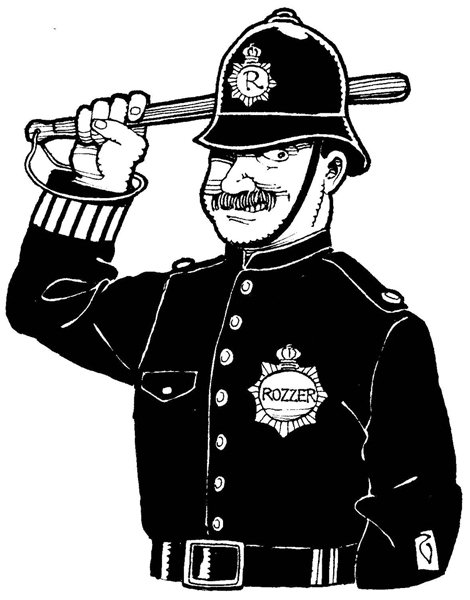 You might be surprised to learn that this slang term for the police goes back to at least the late 19th Century. The most accepted explanation is that it’s a punny play on the name of Sir Robert Peel, founder of London’s Metropolitan Police. Similar UK slang terms such as “bobbies” and “peelers” are more direct vamps on his name. To American ears, “rozzer” for “Robert” sounds like an awfully long stretch. But, it’s always good to remember that British people came up with “Jez” as a nickname for “Jeremy,” so there’s some precedent for inserting random z’s into people’s names.

Even with the connection to Peel, the origin of “rozzer” isn’t 100 percent certain. Some people have pointed out that it might be tied to “roosher,” which is another popular slang term from the 19th Century, but that doesn’t really help because the roots of “roosher” are even more obscure. Either way, “rozzer” isn’t the most popular name for the cops in England these days. You’re more likely to hear them called “the feds” or “the filth.”

You will never hear the police referred to as the feds in the UK. More likely 'Old Bill' or 'The Filth' in and around London. Po-liss in Scotland. Pigs, anywhere.

domscott, you obviously haven't spent much time around young people in the UK since at least the late 90s! Teens and young adults I was around frequently (and laughably in my opinion) referred to the police as 'the Feds' back than and certainly in the first decade of the 2000s. It's either faded from use now or I just spend less time around young people. Last I remember, the kids on the street had started using 'Popo' for police. Both terms nicked from the US as I understand it, kids here are heavily influenced by US slang terms, it's been this way for a looong time. US slang always seems to be seen as cool by the kids and is quickly adopted, especially now that terms are spread so quickly via social media.