A pit-stop worthy ghost town for your next Grand Canyon visit. 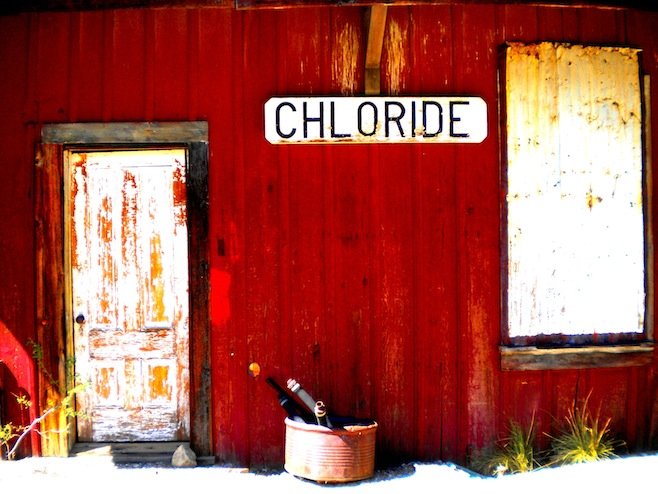 We were heading to the majestic Grand Canyon, surely America’s most famous crevasse, when we decided to stop off at the neat little ghost town of Chloride, AZ. 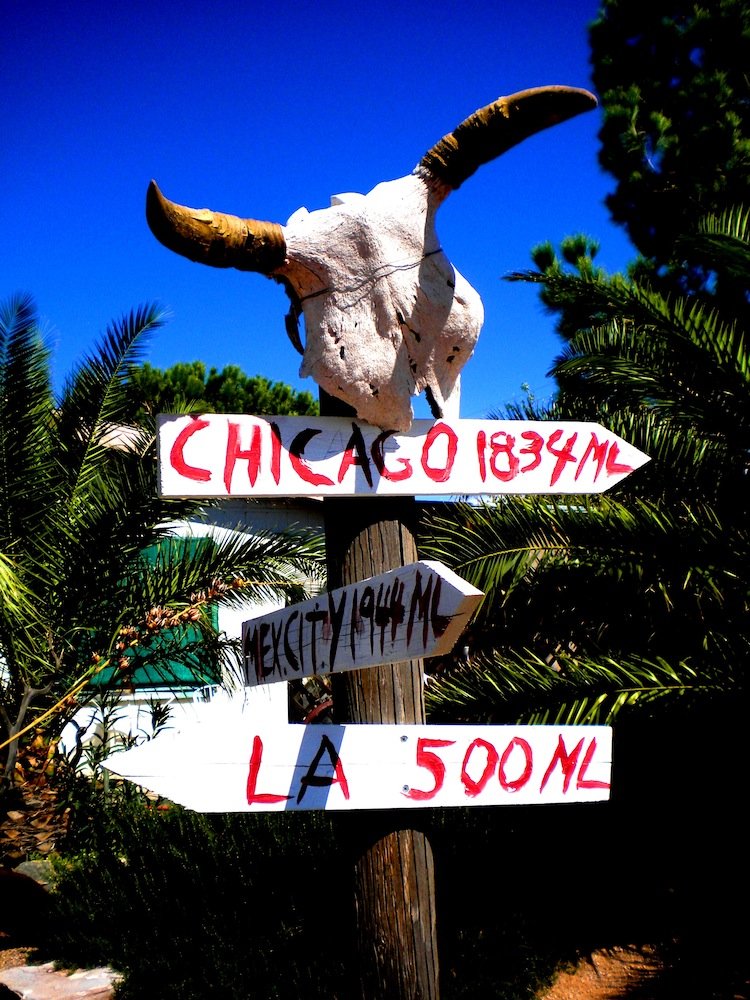 Nestling halfway between Las Vegas and the Canyon, 20 miles north of Kingman (where the motels are cheap and the breakfasts are mighty), Chloride is an interesting find – a silver mining town that has obviously seen more industrious times but has somehow held itself together.

From my previous experience of ghost towns, I group them into three subtypes: tourist traps (Pioneertown, CA), well-preserved (Rhyolite, NV) and downright terrifying (Ballarat, CA). Chloride manages to be all three, a good deal for any ghost town enthusiast.

I love Arizona. It’s a very different state from California. The high desert heat is balanced by the strong winds and cool nights, and things feel alive in the desert. The people are funny and earthy and refreshingly normal. Every person we met had a cool razor-wit and a heart of gold, and the inhabitants of Chloride were no exception.

Yet Chloride doesn’t seem to know exactly what it is. It is an endearingly curious mix of inhabited houses, artistic displays of metalwork, glass and animal skulls, tourist-hungry businesses riding the back of the ghost town vibe and some genuinely creepy abandoned buildings. I loved it. After picking up a handy map at the welcoming tourist office (a necessary piece of kit, to avoid offending the locals and tramping through some poor soul’s front yard) we worked our way round the sites.

I was especially taken with the bright red railroad building (top) and train tracks disappearing into the scrub, the jailhouse complete with bare mattress and filthy toilet, and an adorable little gas station with a flaking Shell pump out front. 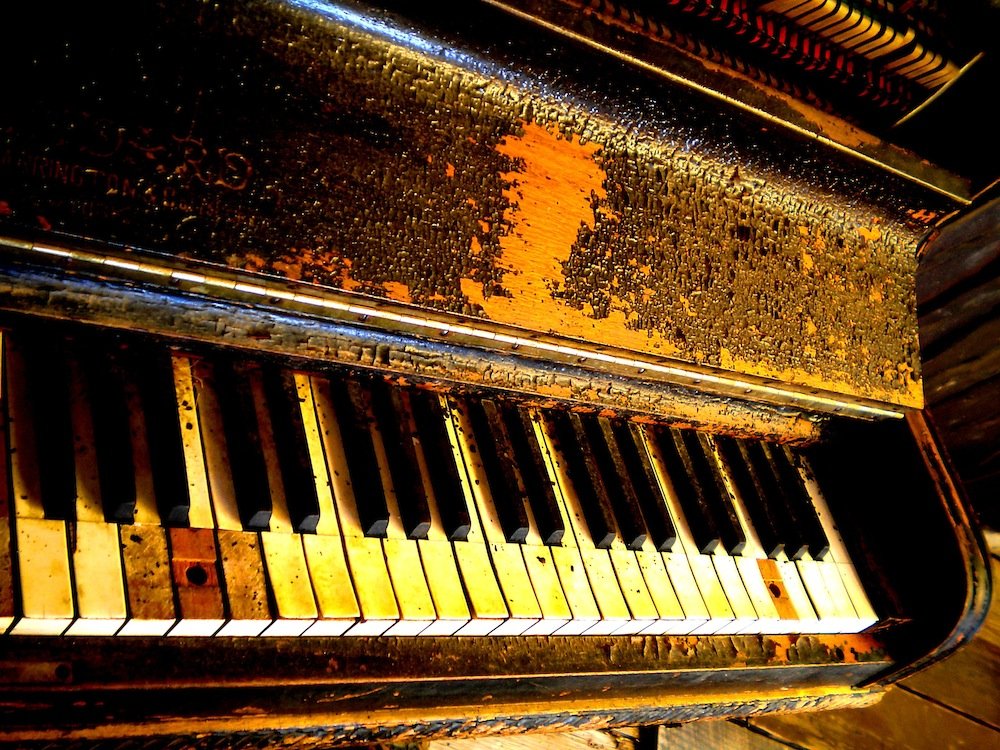 For the tourist-trap aficionados, there are check-shirted mannequins, honky-tonk pianos and rusting horseshoes in abundance in the old saloon mock-up (my husband especially liked the "wanted" posters for the gentleman accused of "woman theft and horsenizing").

However, the town still has an eerie vibe, particularly as we seemed to be the only people prowling the streets that day. The carpenter’s area was especially chilling. Flaky, black coffins stood upright among the remnants of broken machinery and beheaded stone angels lolling in the dust. (We never found the bodies of the statues, so whatever you do, don’t blink.)

Before leaving town, we stopped at a souvenir and computer repair store (a curious combination) and were invited to play with a litter of six-week old Chihuahua puppies that were on sale. The store’s owner was very excited to discover we were British and sang the praises of Gordon Ramsey ("the greatest man alive," apparently). You meet the best people in ghost towns – the men and women who are hardy enough to survive the decline of a community and nuts enough to stay put against all odds.

To stay on track with our plan to reach the Grand Canyon for sunset, we bypassed the vibrant murals on the outskirts of Chloride (painted in the '60s, retouched a few years ago by the same artist) but we did stop at the old cemetery, which is definitely worth a look. It is quite touching to see the long line of families that are buried in some of those neatly marked plots overlooking the desert.

As a footnote, we did make it to the Grand Canyon for sunset. I don’t have to tell you what a humbling sight it is, but I think Ron Swanson captured it perfectly: "crying: acceptable at funerals and the Grand Canyon."

On your next trip up to the stately rims, resist the temptation to power through the miles in eight hours and take a break at the curious little town of Chloride. I bet you’ll be pleased you did.