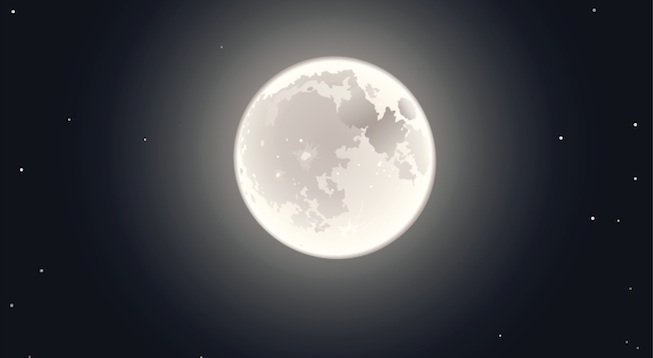 The moon is surprisingly misunderstood, considering it’s the closest celestial object to Earth. For starters, it’s not as reflective as you might think. The moon has a low albedo (ability to reflect light) and only about 12 percent of visible light bounces off it. That’s about the same as weathered pavement, which is the best analogue we have on Earth for the lunar surface. The moon looks so bright in the night sky because, despite its grayish-brown color, it’s directly illuminated by the sun in the pitch-black sky.

But it’s not so simple as that. A full moon looks intensely bright, much more so than a waxing crescent, because the moon’s surface is “retro-reflective.” Lunar soil includes a small percentage of glass fragments — created by the heat of meteorite impacts — and those act like the tiny crystals in the reflective paint used for street signs. They reflect light directly back at the sun so, when Earth is directly between the sun and the moon, the apparent brightness of the moon swells.

If you covered the moon with something really shiny, it would be about five times brighter than it is now on any given night. It also reflects some ultraviolet radiation, as you can see if you look at a UV-sensitive photo of the moon. But it can’t give you a “moon burn.”