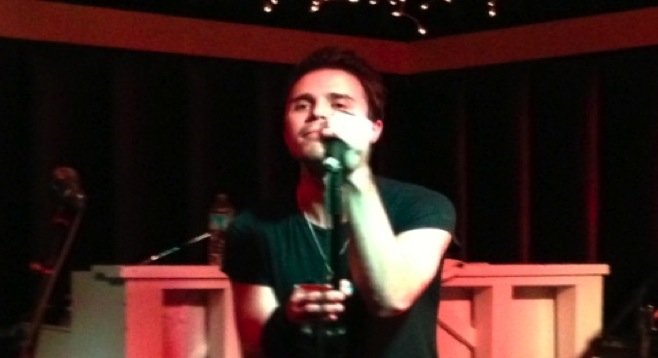 Former American Idol winner Kris Allen made his first West Coast tour stop at the Soda Bar. The Arkansas native embarked on his “Out Alive Tour” early this year to promote his second record, Thank You Camellia. With the help of Jillette Johnson, a former contestant on The Voice, the two reality television starlets seduced the San Diego club with their soulful-bluesy voices.

Johnson began the night with originals from her debut EP Whiskey & Frosting and a cover of Radiohead’s “Creep.” With Florence Welch–like voice, Johnson surely found new fans with her raw, fiery tone.

As 10 p.m. struck, Allen opened his set with “Out Alive.” From the Jack Johnson-esque song, “Better With You,” to the radio hit, “Live Like You Were Dying,” Allen and his three-man band played an acoustic set from both his albums. Along with his originals, Allen also performed covers of “California Dreamin’” and Tom Petty’s “Breakdown.” But Allen’s mash-up of George Michael’s “Faith” and Fun’s “We Are Young” was the perfect blend of old and new. As Allen concluded his set, his rich vocals left his fans wanting more.