Fondue wins out at Candelas downtown 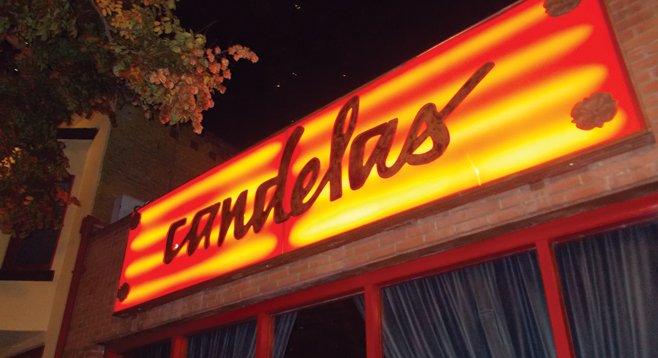 I swear, Ida Bailey’s ghost is a-hovering, trying to tell me something.

This town’s most famous madam lived in a cottage up this very alleyway off Third, here in the heart of Chinatown. It’s beside an old brick building that they say has been everything from an opium den to a trading house to a theater to a house of, well, joy.

Natch, have to wander in.

This is the original Candelas — I’ve been to the Coronado one. That has beautiful views and an awesome happy hour (once had a four-cheese soup to die for there, crema de cuatro quesos al chile pasilla — cost me four bucks), but it’s less atmospheric than this.

No views here, except that this is the interesting Chinese end of Third Avenue, just past the Chinese Benevolent Association and not far from the original waterfront, where the Chinese once moored their fleet of fishing junks.

You certainly get that vibe inside: lives have been lived here. I imagine respectable gents lying down with their opium pipes, Ida’s ladies bringing them drinks, making jokes, checking their wallets…

It’s easy to imagine because they’ve cleaned the old brick and exposed the old timbers. But also it looks like, say, a cellar in the Latin Quarter of Paris. Giant candles that hang low from the ceiling, glowing orange. It’s open only in the evenings and is a more formal setting all ’round. Which worries me. Formal means expensive.

“Can I help?” asks this gal in a black dress. 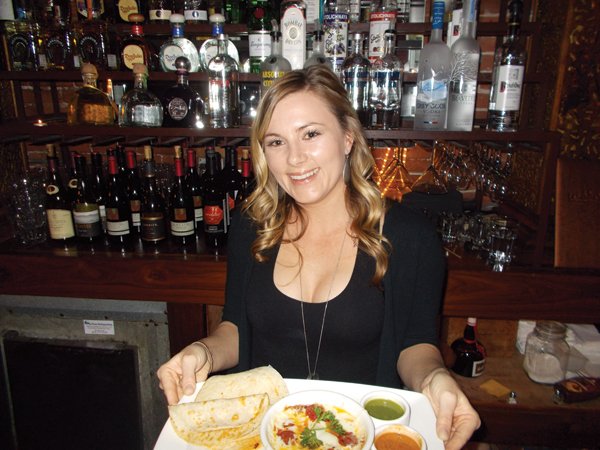 Big sigh of relief, because now I’m seeing how the main items on the regular menu are mostly in the (whoa) $20–$40 range.

“And drinks?” I ask. “Are they included in the happy hour?”

“Not everything,” Christina says. “But you get half-off on plenty of wines and beers.”

I look around at the bottles listed on the backboard. A lot are L.A. Cetto, the winemaker from Baja. Never see those here in el norte.

The bottle right in front of me: L.A. Cetto, Cabernet Sauvignon 2008. I ask Christina for a glass. “Long as it’s in happy hour.”

I check the bar menu. There are eight food items, including guacamole and chips, normally $10; a cheese platter that goes for $18; tuna carnitas tacos, $12; taco gobernador (three shrimp-and-cheese fried tacos), $12; three fish tacos for $12; a little casserole of cheese fondue with Spanish chorizo ($12); a small pizza with eggplant, artichoke, and crabmeat, with tomato sauce, blue cheese, and mozzarella (sounds delicious at $12); and a burger for $13.

Cut these prices in half for happy hour.

Christina says they’re known for sophisticated tacos, but for me, it’s down to the pizza or the fondue. Fondue wins out, this being a cold night and all, ’specially since it only costs $6. It comes in a little ceramic dish, bubbling away.

Oh, Lord. This is good. I’m dipping my corn tortillas in the cheese and scooping the chorizo discs up, dunking it all in the green tomatillo salsa, chowing into it, and gulping a mouthful of that Guadalupe red. I love the hard chorizo slices, the salsa that tangs up the cheese.

“He’s cooked all over the world,” Christina says. “He has his own TV cooking show on Spanish-language TV, on both sides of the border.”

Then the man himself turns up to check on his guests. “It’s just typical Mexican cheese from Oaxaca,” he says about the fondue. “The chorizo is hard, Spanish-style.”

Turns out Mr. San Roman has cooked for two Mexican presidents and for assembled world leaders at Davos, Switzerland. He’s been a Mexican culinary ambassador in 14 countries. 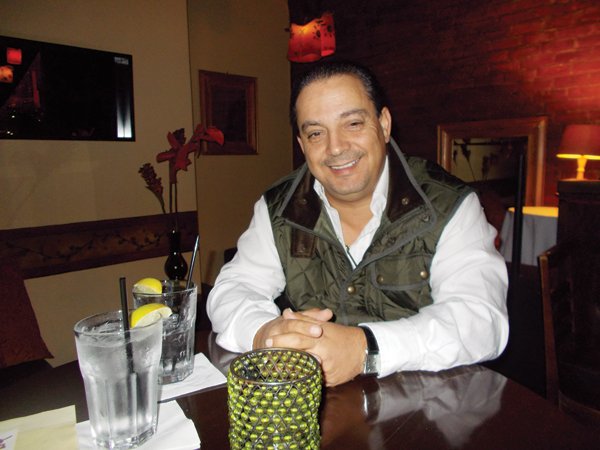 When he came here a year ago (Candela’s has been open since 1999), he changed 80 percent of the menu.

“But there’s nothing exclusive about this fondue,” he says. “Fondue with chorizo is a dish all Mexico eats. Rich, poor, everyone. It’s great for cold weather like this.”

I like it. And the wine fits right in. “But, Mexican wine?” I ask. “I thought you couldn’t get it here. You never see it.”

“The Mexican government slaps a 40 percent tax on its own wines. Down there, good French imported wines are the same price, or cheaper. It’s crazy.”

Couple of days later, I’m back. I want to try that $6 pizza. Turns out, it’s a lush little baby, piled with eggplant, artichoke, crabmeat, and a nice, crispy pita. Again, the salsas give it perk.

But the main thing that gives this place perk is an interesting crowd. Like Zondra, who’s one of the movers and shakers (from what she and others here are saying) behind the Gaslamp itself. If people hadn’t fought the bulldozers back in the day, maybe this 100-year-old house of joy would be history, too.

Hot news: Mauricio the manager tells me new menus are happening (the pizza and burger are gone), and the happy hour has been extended till 10:00 p.m.