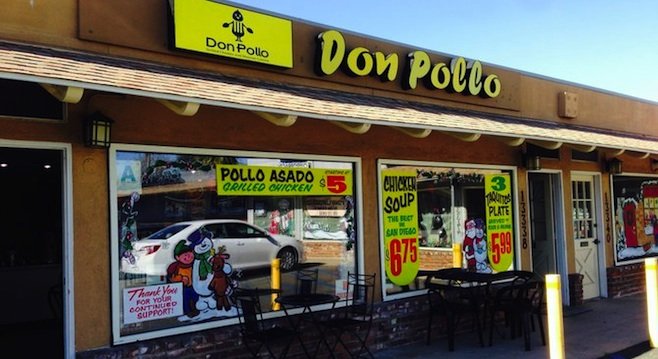 In theory, any of the thousands of strip malls paving their way across Southern California could house delicious locally-owned restaurants worthy of repeat business. In reality, they don't. Most strip malls offer a scourge of franchised stationery shops, auto parts dealers, and fast food joints. And while just about every single one features a small mom-and-pop restaurant, most of these turn out to be utterly forgettable, serving a few immediate neighbors and employees of adjacent businesses — if they're lucky. 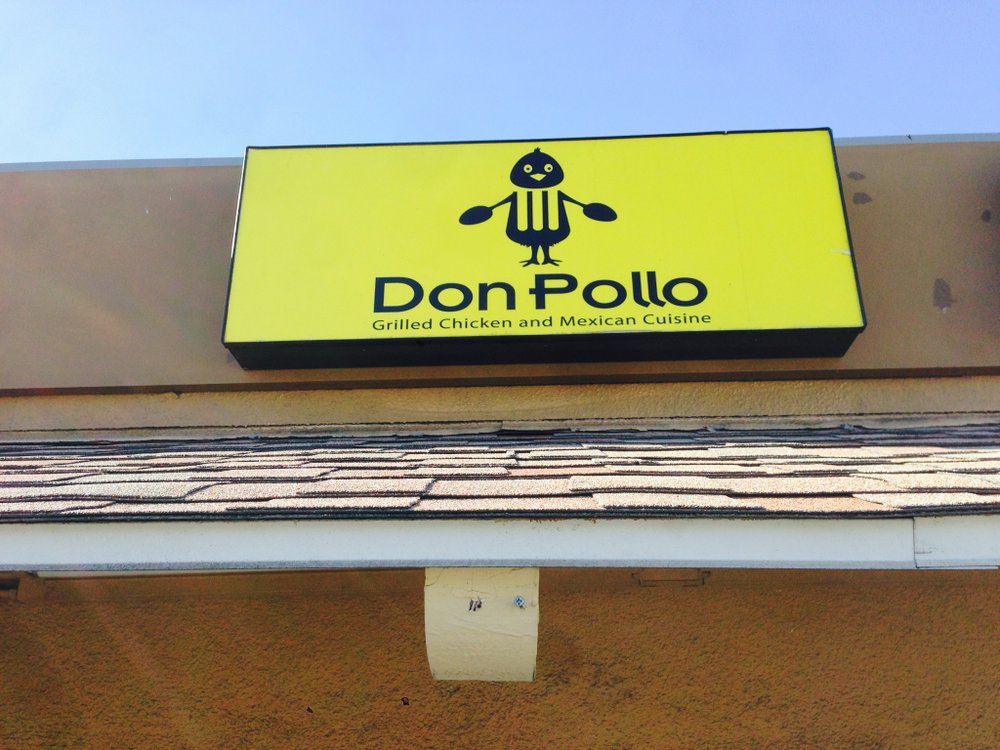 Better graphic design than we're used to seeing in a strip mall.

Don Pollo would appear to be one of these. Though centrally located by Poway standards, it's tucked away at the back of a strip mall so unremarkable that a couple of family dentists have moved in. Less than a block away, chains including Chipotle, Rubio's and Five Guys can hardly keep up with the lines of Poway residents and nearby business park lunch-breakers. Meanwhile, Don Pollo's cleverly distinctive fork and spoon chicken sign can't even be seen by cars driving past on Poway Road. If it weren't for Yelp, or the word of mouth of local teenagers, the place might already be just another a dead listing on the web, never even having earned a proper label on Google Maps.

Or, maybe it'd be forced to move closer to my corner of town, which would be just fine. Though a Mexican restaurant in most ways (I don't know whether offering a side of mashed potatoes and gravy disqualifies it a such), Don Pollo doesn't offer a typical Cali-Mex menu. It's really a grilled chicken spot that offers a small list of tacos, enchiladas, and tortas for variety's sake, and the cheesy, fajita-like dish alambres for those willing to dig deep into culinary traditions. A sign in the window even claims the place offers the best chicken soup in town, though while the hearty rice and chunky vegetable potage may be the best in Poway, I've tried a few Pozoles uptown that might have it beat. 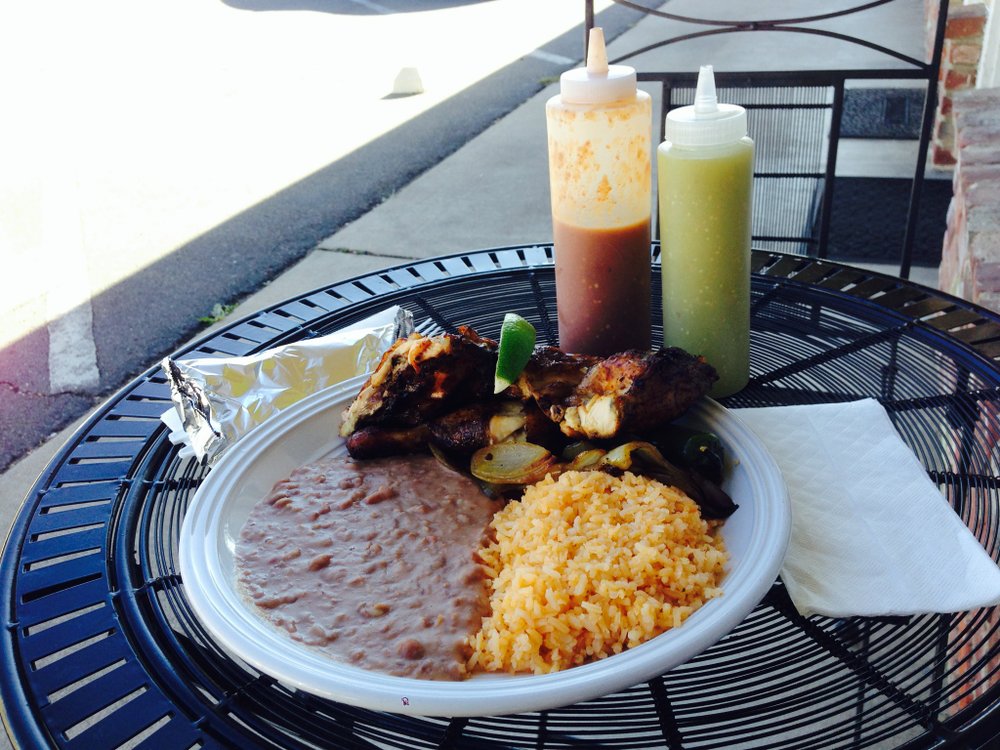 It's the grilled chicken I really want to talk about. For five dollars you get a two-piece plate with a side of rice and refried beans, plus grilled onion, jalapeño, and warm tortillas. It's a tremendous deal, but when you factor in the crispy skin and moist, flavorful meat, there's little choice but to pass it over… in favor of a three- or four-piece plate.

It's the rare strip mall find that's doing something right. For many of us, Don Pollo's offerings may most closely resemble those of a certain "loco" nationwide chicken chain. Now, I'm not here to bash on that or any other fast food joint, but I will say this: at Don Pollo you be served by people with an interest in seeing you enjoy your meal, a hope you'll tell your friends about it, and pride in knowing they're serving something tasty to people who appreciate it. Assuming said people already happen to be in Poway for some other reason.